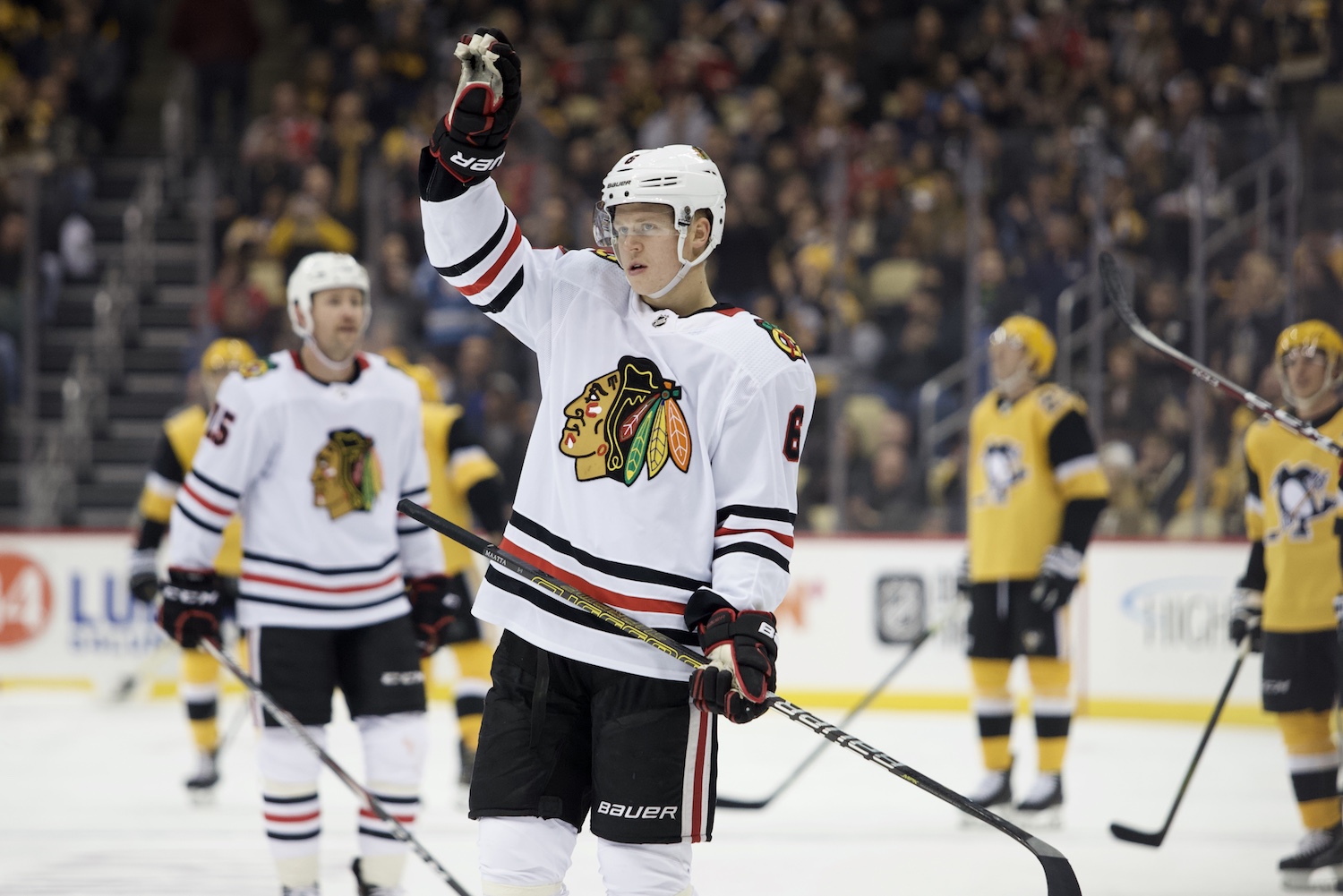 Olli Maatta is set to return to PPG Paints Arena tonight when the Penguins host the Blackhawks at 7:08 p.m.

After spending six seasons in Pittsburgh, to hear him tell it, it's a weird feeling being in the visitor's locker room down the hall from the one he's used to being in.

"It's weird, for sure, even coming to this city," Maatta said Saturday, followed by a long pause. "I don't know. I don't know how to explain it. It's definitely a weird feeling."

Maatta said the transition to a new team has been a smooth one, and he's been enjoying his new home.

"I think the guys have made it really easy," he said. "I think the team here, we talk a lot. Obviously we have a lot of new guys so it's a big thing. Our training camp was huge for us, just to get on the same page. I think game by game we're getting better. ... As more and more time went by, I realized how lucky I got with what kind of organization I got traded to. All the things I heard about Chicago, I heard nothing bad. Everything is top-notch, the city is awesome, the organization is awesome."

Maatta ranks 11th all time among games played by a Penguins defenseman, with 362 over his six seasons. During that time he amassed 25 goals, 82 assists, and of course, two Stanley Cups.

"I've got nothing but good memories from here from my six years," he said. "It's been an awesome time. ... I think I grew up as a person a lot (in Pittsburgh). Coming in as a young guy, you learn about life a bit at the same time as learning how to play NHL hockey."

For the Penguins' players, it'll be an interesting feeling seeing Maatta on the other side as well.

"Since I've been here, he's always been here with the exception of this year," Bryan Rust said. "It'll be a little different seeing him over there."

"It'll be a little weird," Sidney Crosby said. "When you play with a guy for that long, I think everyone knows each others tendencies. So there shouldn't be any surprises there. He's a hard guy to play against. He doesn't give you much room out there, he's got a long stick. He'll be tough to play against."

Maatta said he was able to catch up with a few of his old teammates when the Blackhawks got into Pittsburgh last night.

"It was awesome to see a bunch of them," he smiled. "Like I said, it was a weird feeling coming in and catching up with friends. It's awesome. I'm sure I'll see a bunch after the game too."

Maatta was asked if there were any former teammates in particular he was looking forward to seeing.

"Oh, I think all of them," he said. "There's a bunch of guys that have been around for a long time. It's awesome to see them."

Share
Tweet
Email
Galchenyuk to top line, with aim to get going
Drive to the Net: Less juke, more Jake ☕