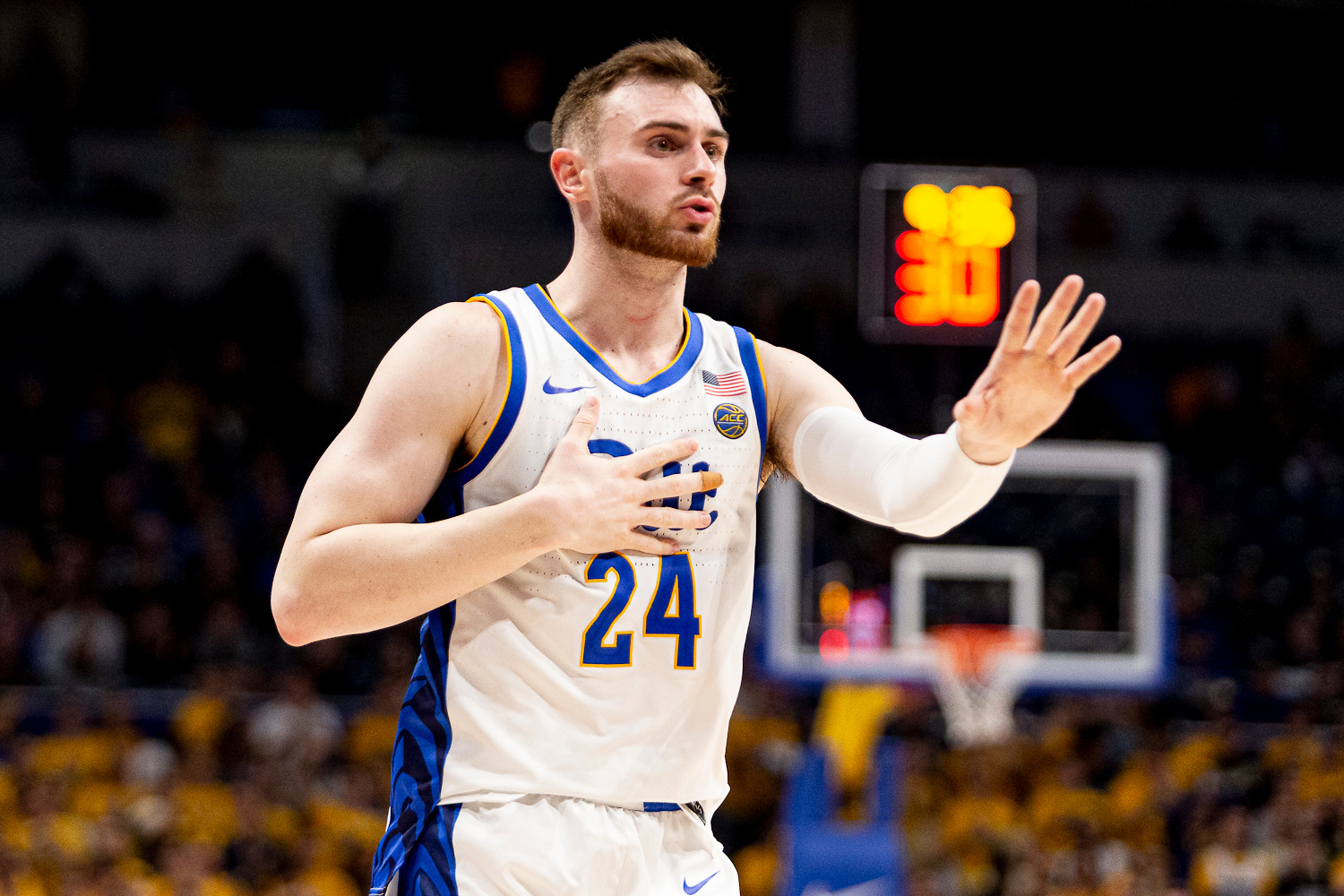 It's easy to blame Pitt's 75-70 loss Saturday against Nicholls State on the 21 turnovers. Or the 10-for-18 effort from the free-throw line. Or the dynamic duo of Xavier Johnson and Trey McGowens combining for just 20 points against nine turnovers.

It's actually simpler than that for this Pitt basketball team. It's nothing that happened on the court. It's all this, broken down by head coach Jeff Capel post-game:

"I'm concerned," Capel began. "I was concerned coming into this game. I was concerned before Florida State. I'll be really concerned Tuesday [before Robert Morris]. I mean, I'm concerned. We have a long way to go, and I know that. We won the first game, and it's almost like, 'Well, hey, we've arrived. Everything is changed.' It hasn't. I understand that."

Capel gets it ... but do the players grasp it yet?

"But it's hard, sometimes, to get an 18-year-old or a 19-year-old, or a 20, 21, 22-year-old to understand that — especially in the world that they live in where everyone's telling them how good they are because of a win," Capel continued. "And as much as you say, 'Don't look at this stuff. Don't believe it, don't whatever, it's going to happen. Just like I'm going to tell them, 'Everyone's going to tell you [that] you stink right now. That's going to happen.' ... You can't believe that either. We try to talk about one voice, and that's the voice in the locker room, and that's our voice. And we have to do that. We have to grow up. That's the main thing. We have to grow up."

Unfortunately for this Panthers squad, there's no magic "experience" button Capel can press to accelerate the process. It'll be a work-in-progress all year, but a vital one as this program pushes forward. And in an odd, backward way, that season-opening win against Florida State might've caused more harm than good on this level.

"There's people [that have] patted them on the back for a night and two days. They won't be getting pats today. So it's a great lesson. It's unfortunate that you have to learn it like this, but it's a great lesson. You would've hoped we learned it last year, because of all of 'em, but we're still not there yet as a program. We have to continue to grow in that area."

As Capel mentions, the full scope of this loss extends well beyond the court. It's what was expected all along for this year's Pitt squad, but that victory over the Seminoles injected an unexpectedly high dose of hope into the young season. Then came Nicholls State and that trio of D'Angelo Hunter (17), Kevin Johnson (16) and Andre Jones (15) combining for 48 points against just six turnovers.

That's efficiency and team basketball. That's some polish and composure.

"Their game plan was terrific," Capel said of Nicholls State. "They came out with great energy, great togetherness early and really just took it to us right at the start of the game. They had so many of their guys step up and make big plays, make big shots."

They sure did. Pitt didn't.

Ryan Murphy led the way with 28 points on 10-for-17 shooting (including 4-for-7 from behind the arc), but after that, McGowens and Johnson's 10 apiece was next best. Yeah, it's 48 points combined just like Nicholls State's trio — but Murphy also had five turnovers, giving Pitt's leading three 14 total.

"Not turn over the ball. I had five turnovers. That's terrible," Murphy said when I asked him what he still needs to show moving forward.

The good news for Pitt is this: Murphy did have 28 points on efficient shooting, his second straight showing as Pitt's best offensive player. McGowens and Johnson are struggling out of the gate, but when they come around, Murphy will provide the perfect complement to their games. Terrell Brown — who I identified as Pitt's standout player against Florida State —  showed up again, too, notching eight points, five rebounds and five blocks off the bench.

Then consider this, Capel is excited by the challenge at hand. I asked him about it after the game, and his response was filled with everything you could possibly want to hear from a leader under these circumstances:

"It's one of the really good things with coaching is that you have an opportunity to have an impact," Capel said. "Our profession is ... it's hard. It's challenging. But it can be so rewarding, and it can break your heart. You go through these highs — I try to lean on now something my dad always taught me when I got into the business: It's that your highs aren't too high, [and] you can't have your lows be too low. You have to kind of keep it in the middle, and that's our challenge right now. Just like it was after Florida State.

The pieces are still right here, and the mission is clear. But in the end, there's no sugar-coating this flop in front of the home faithful from Capel and company. Pitt beat Florida State in opening-night conference play then turned around and lost at home to Nicholls State. What could go wrong for this young team did go wrong.

The turnovers, the poor free-throw shooting, the bad decisions, the lack of energy — that all can't combine on the same night again if they're to be taken seriously.

"I'm incredibly disappointed in us," Capel said. "And when I say 'us,' that's our staff. Obviously, that starts with me, and our team. We didn't have the energy that was worthy of winning throughout the game. We didn't have the toughness and togetherness ... We have to have a maturity that's not there yet, and this is a great opportunity for us to learn from this loss. We got what we deserved."