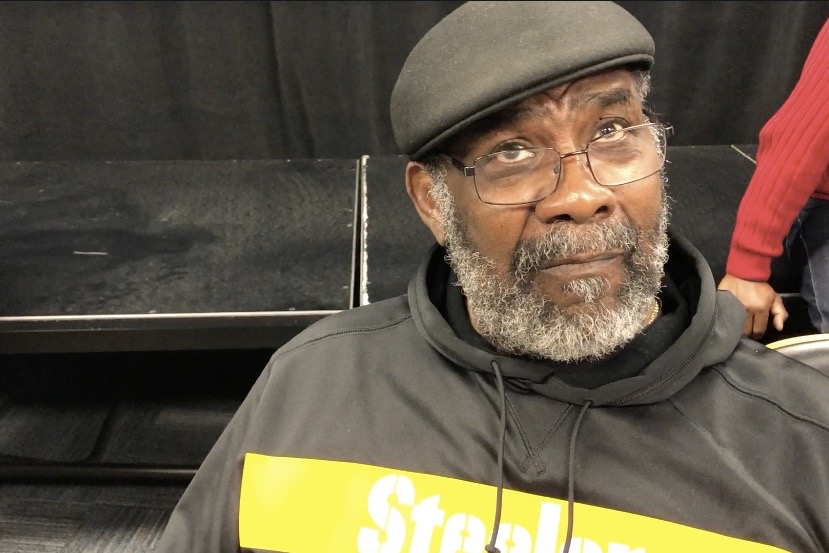 They don't call him "Mean" Joe Greene for nothing, Lunatics.

Speaking with reporters Sunday inside the Pitt Panthers locker room at Heinz Field as part of a special event commemorating the 1979 Super Bowl XIV-winning Steelers, Greene was asked a question he didn't like.

How would Rams star defensive tackle Aaron Donald fit in with the Steel Curtain of the 1970s?

"That was then. This is now," Greene began. "I don’t make comparisons like that. I think it’s unfair to do that. That guy is here today, setting the table and setting the tempo. If I threw him into the past, I don’t know. You have to make that decision, and it will be a weak one."

Beyond that question, though? The nickname didn't really stick. Greene was an open book in discussing Donald's skill set, the current Steelers team, the mentality of those Super Steelers of the '70s and more. Following is the full transcript from his media session.

How do you feel about the current Steelers defense? We play defense today? Nah, that was [mean] … We have our good moments and some that are not so good. If you play, that’s what's going to happen. You have some good ones and you have some that you’d rather do over. But it’s a team that’s young and that’s growing and trying to understand the game itself — what happens to a team when you lose some key components that are very important … That is part of the growing pains of forming a team. And right now, we’re [halfway] through and we’re .500. I like our chances. I like where we are.

How does it feel to be back here, seeing your teammates? It’s wonderful. I had to put my thinking cap on there for a few seconds when I saw some of these guys. ‘Who are you, man?’ But it all came to me. I’m sure some of them were saying the same things about me. A lot more gray hairs. Wrinkles in the face. Little thicker in the body. The get-along is a little slower … It’s really nice to see [them] ... We weren’t the kind that celebrate[d] during the games or pat ourselves on the back for immediate success that we may have. But when we were clearly, clearly on the top of the mountain — when it was all over — that’s when we had some fun.

How does it feel to know that you've transcended football in this city, that your Steelers are a part of the culture?

Was that fourth Super Bowl extra special? Was it the best one? When we were behind in the third quarter [of Super Bowl XIV], middle of the third quarter, our fans out at the — what was that? — the Rose Bowl … there was a sea of gold rising up out of the stands saying, ‘Defense! Defense! Defense!’ Jack Lambert made that interception down the middle of the field and instead of them going that way, we were going that way. In two plays, [Terry] Bradshaw hit John [Stallworth], I think that 75-yard touchdown pass over his shoulder. We’ve had a lot of fantastic plays in my time here: The Immaculate Reception. Lynn Swann’s catch in Super Bowl X to win it. That catch right there, when I was talking about, [it] just resonated that that was the one that probably made XIV stand out. Not because it was the first, second or third, but because it was the fourth.

What do you think of Donald's play? This was his locker room! Well, I think before I started to play, there were … there was Carl Ellis at defensive tackle — at defensive end, I’m sorry. Alex Karras, you guys don’t remember him, Detroit. Merlin Olsen, tackle, that were setting the table for the defensive linemen [to come]. There have been some great defensive tackles: Cortez Kennedy is one of them. The little guy that played for Minnesota, he’s in the Hall of Fame [John Randle]. Randy White. Now, this guy [Donald], he’s not a big guy. He’s very explosive. He’s quick. He rushes the passer with unique techniques that are opening up the new league, the new wave. They’ll start to teach his techniques during the next episode in pro football and defensive line play. This is how you do it: Beat your guy taking up a minimum amount of space. And that’s what he does. He’s not 300 pounds. They don’t come along every year, but he sets the table.

The Steelers will formally honor the Super Bowl XIV Champion Steelers during halftime of Sunday's game between the Steelers and the Rams.