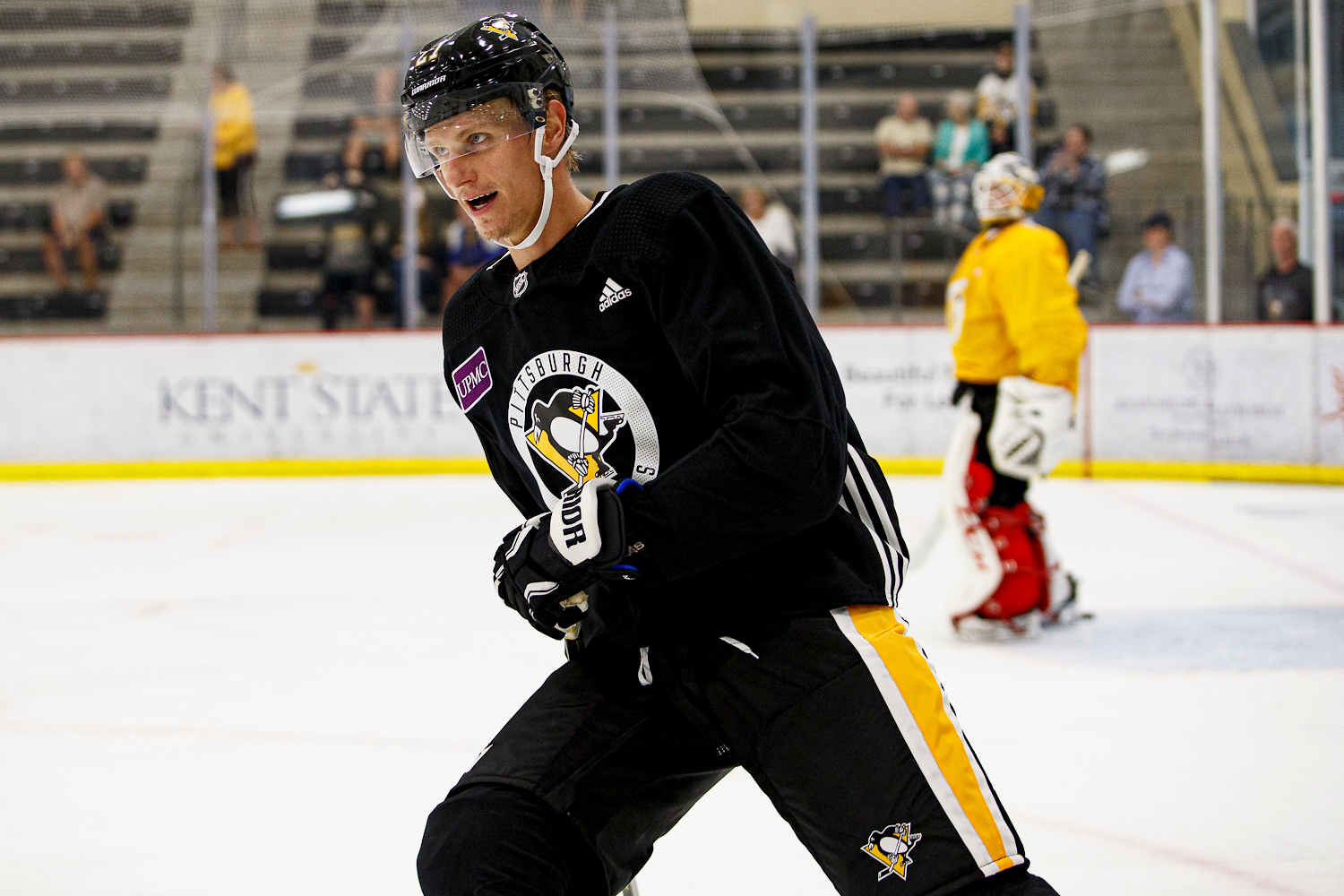 CRANBERRY, Pa. -- Several Penguins players made the trip out to the Lemieux Complex this weekend to see the U.S. and Canadian women's national teams face off for two games.

Jared McCann, a Canadian, went to Friday's game with two Americans, John Marino and Sam Lafferty. With Canada so dominant in that game, he made sure to gloat.

"Every time we scored I was just like (leans forward and claps dramatically) right in their ears," McCann laughed. "I was like, 'Let's go.' It was good to see, those girls are amazing."

"Oh, it was unreal," McCann said. "I was fired up for that one, it was a nice goal. I like shorthanded goals. She broke in there and made a nice fake and put it bar down, it was great to see."

The American players would have preferred to see a win, but they had a great time nonetheless.

"It was really fun to watch," Lafferty said. "It was a really competitive game, it would have been nice if the U.S. scored a few more but it was a pretty even game."

Bjugstad knows several of the women -- Amanda Kessel, Hannah Brandt, Megan Bozek and Lee Stecklein -- from his college hockey days at Minnesota, as well as Emily Matheson (formerly Pfalzer), who is married to his former teammate in Florida Mike Matheson.

"It's fun watching the girls, a lot of them I went to school with," Bjugstad said. "It's fun to go out and support the girls. ... They work hard, I saw it every day in the weight room. They were in the same weight room as us and they put in the work and time. ... My wife is actually really good friends with (Emily), I'm good buddies with (Mike), we just wanted to come out and support them. It's a good group."

Something that stood out to the players who went was the speed of the women's game.

"We were talking about how fast they move the puck and how well they think the game," Marino added. "There's a lot of similarities with the NHL, it was pretty cool to watch."

"It was a fast-paced game," Bjugstad said. "I've never seen Canada-USA live, I've seen a lot of college games. That was my first time seeing Canada-USA and they get after each other a little bit," he laughed.

One player's speed who stood out to a few of the guys was obviously Kendall Coyne Schofield, who competed in the NHL's All-Star Game skills competition's fastest skater event.

"The players were buzzing around, especially Kendall Coyne was noticeable," Lafferty said. "There were a lot of high-skilled, fast players out there."

Another thing that stood out to the players who went was the physicality. A common misconception is that the women's game isn't physical because of the lack of outright hitting. Anyone who thinks that probably hasn't seen a women's hockey game, and definitely hasn't seen a U.S.-Canada matchup.

"There's definitely some bumping going on," Marino said. "It seemed like they were trying to get away with as much as they can without it being a penalty — it was definitely physical out there."

"I thought it was pretty physical for being non-checking," Lafferty said. "They got into each other, you could tell it was a bitter rivalry. They were going hard."

A couple of the players were familiar with the current state of the women's game, with many of these players sitting out of the NWHL in hopes of creating a more sustainable league after the folding of the CWHL.

"Canada's got a lot of amazing hockey players," McCann said. "Those women are amazing. They work hard, they battle. It's great to see. It's tough right now with everything going on in Canada in women's hockey. I hope everything works out for them."

"Their schedules are crazy, they're not able to play with each other everyday," Bjugstad said. "So to be able to get on the same ice as cohesive as they are, it's impressive."

Share
Tweet
Email
U.S. women in ‘disarray’ in sweep by Canada
Wilkes-Barre Watch: Lucchini does it all