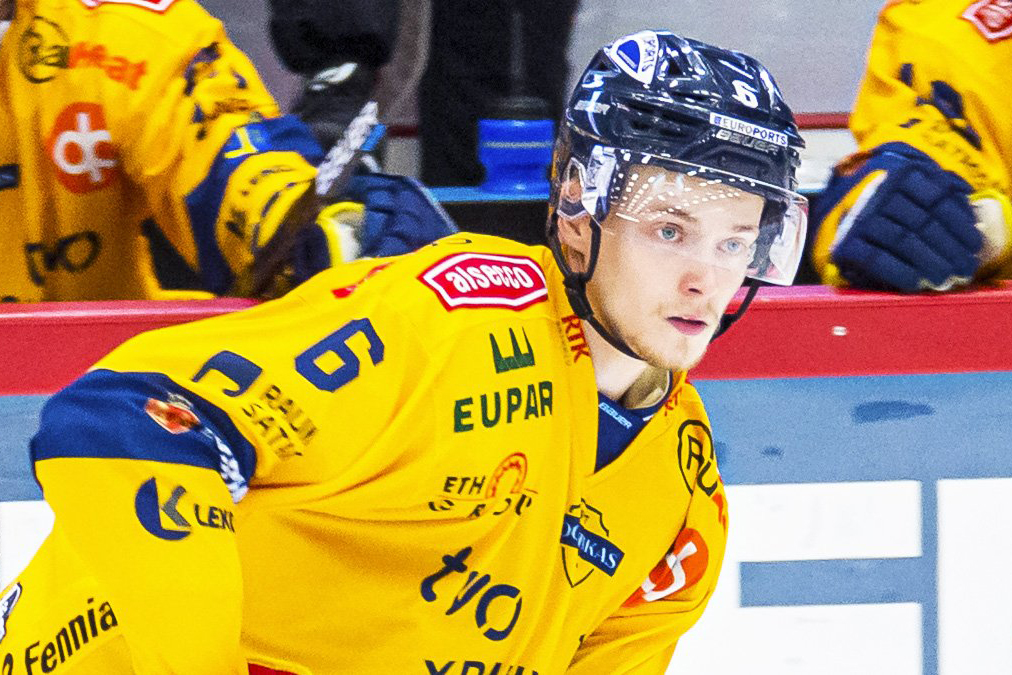 The most difficult part of following the Penguins' prospects in juniors, college, or Europe, is easily trying to keep track of the Finnish prospects, for a few different reasons.

The way I follow a lot of these guys is from following their teams on Twitter, I follow each of their teams. Obviously, they're not posting in English. That part is fine, since I can get away with just skimming for their names among all the tweets in Finnish, which makes me feel like Ed from Good Burger:

The more difficult part is that, unless it's a prospect like 20-year-old 2019 seventh-round forward Valterri Puustinen who is a mainstay on his team's roster in Liiga, the top men's league in Finland, they could be anywhere.

The Penguins have two prospects who are more borderline Liiga players -- 2019 seventh-round pick Santeri Airola and 2017 sixth-round pick Antti Palojarvi, both of whom are 20-year-old defensemen.

If they aren't sticking on the roster of the Liiga team, they could be on the U20 junior team, or they could be loaned to the second-tier professional league, Mestis, which isn't as strong as Liiga but still allows them the benefit of developing while playing against grown men.

So, when one of their teams tweets out the lines and pairings before a game, and one of them is missing, the hunt is on to find out what happened to them. Are they hurt? Were they assigned to a different team? These Finnish teams don't always put out press releases for every injury or roster move so it's always a challenge.

Last season, Palojarvi bounced back and forth between Lukko's Liiga and U20 teams, not quite ready to stick in the top league but too good for the junior team. Toward the end of the season, he was loaned to a Mestis team. This season has started out in much of the same way, playing for both the Liiga and U20 team.

When I was putting together this week's feature, I saw he didn't play anywhere this week, so I had to search. Today, Wednesday, Lukko announced that Palojarvi was being loaned to Hokki of the second-tier professional league, Mestis, and will make his debut on the left side of Hokki's top pairing.

If needed, Lukko is still able to recall Palojarvi from Hokki, but otherwise the loan is for the full season.

"We are looking for a longer term solution to the defense, and we got a full-season loan, which is always better than short-term loans," said Joonas Karjalainen, Hokki's sports director.

"We chose this solution because we have a lot of players in the defense and we want to make sure that Palojärvi gets enough men's games this season," said Lukko sports director Kalle Sahlstedt.

Alright, he's been located, Hokki has been followed on Twitter. Great.

Now, to check on Airola. He didn't play this week either. Another mystery.

After playing primarily in Finnish juniors last season, Airola’s plan this season was to move to the second-tier professional Mestis league and play for Kettera. At the beginning of the season, Airola was instead loaned to SaiPa of the top men’s league, Liiga, where he began his season. After missing nearly a month due to injury, he was cleared to play and returned to Kettera where he played one game.

This week, Airola was away from his team while he represented Finland in a series of three U20 exhibition games against the Czech junior team as preparation for the World Junior Championship. He scored the opening goal of the third game.

So, that's what the elusive Finns have been up to this week. Here's a look at what the other prospects did: