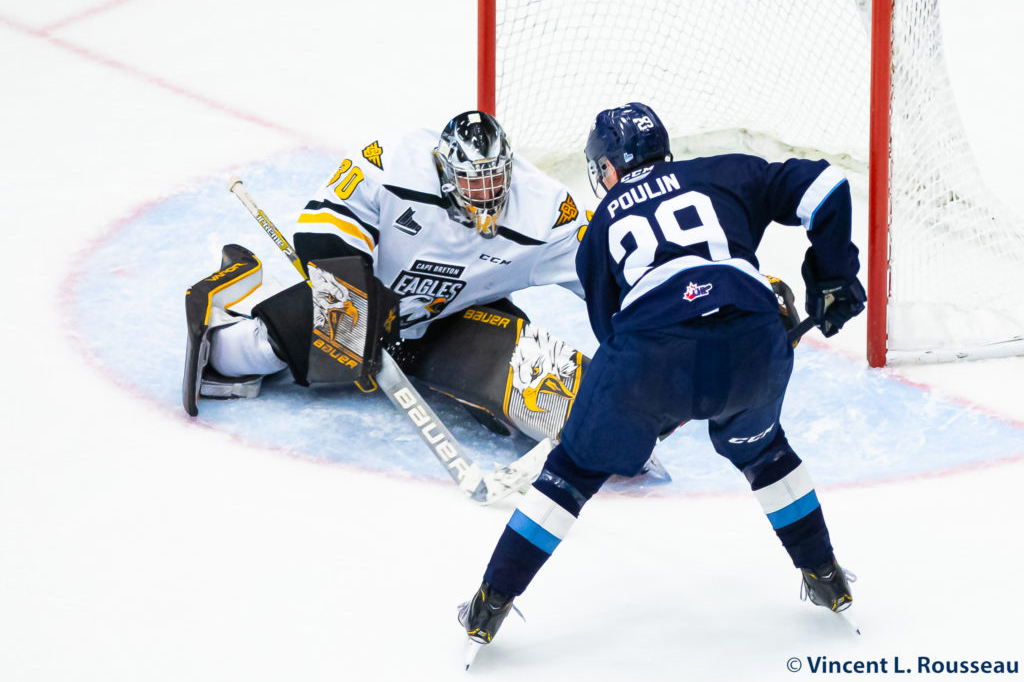 It's only November, but Samuel Poulin may just have the goal of the year already in the QMJHL.

Poulin easily got past a Cape Breton Eagles defenseman, then scored a backhand goal from his stomach:

The goal was the sixth in a 6-1 Sherbrooke Phoenix win over the Eagles, coming with 2:42 remaining in the game.

Poulin also had an assist in the game, bringing his season totals to 16 goals and 21 assists in 19 games, one point shy of the team lead in points, trailing only his linemate Felix Robert. He ranks No. 6 overall in the QMJHL in scoring.

Share
Tweet
Email
Hynes: Penguins ‘play the same game, regardless of who’s in the lineup’
Yet another two-goal hole? Devils made them do it ☕