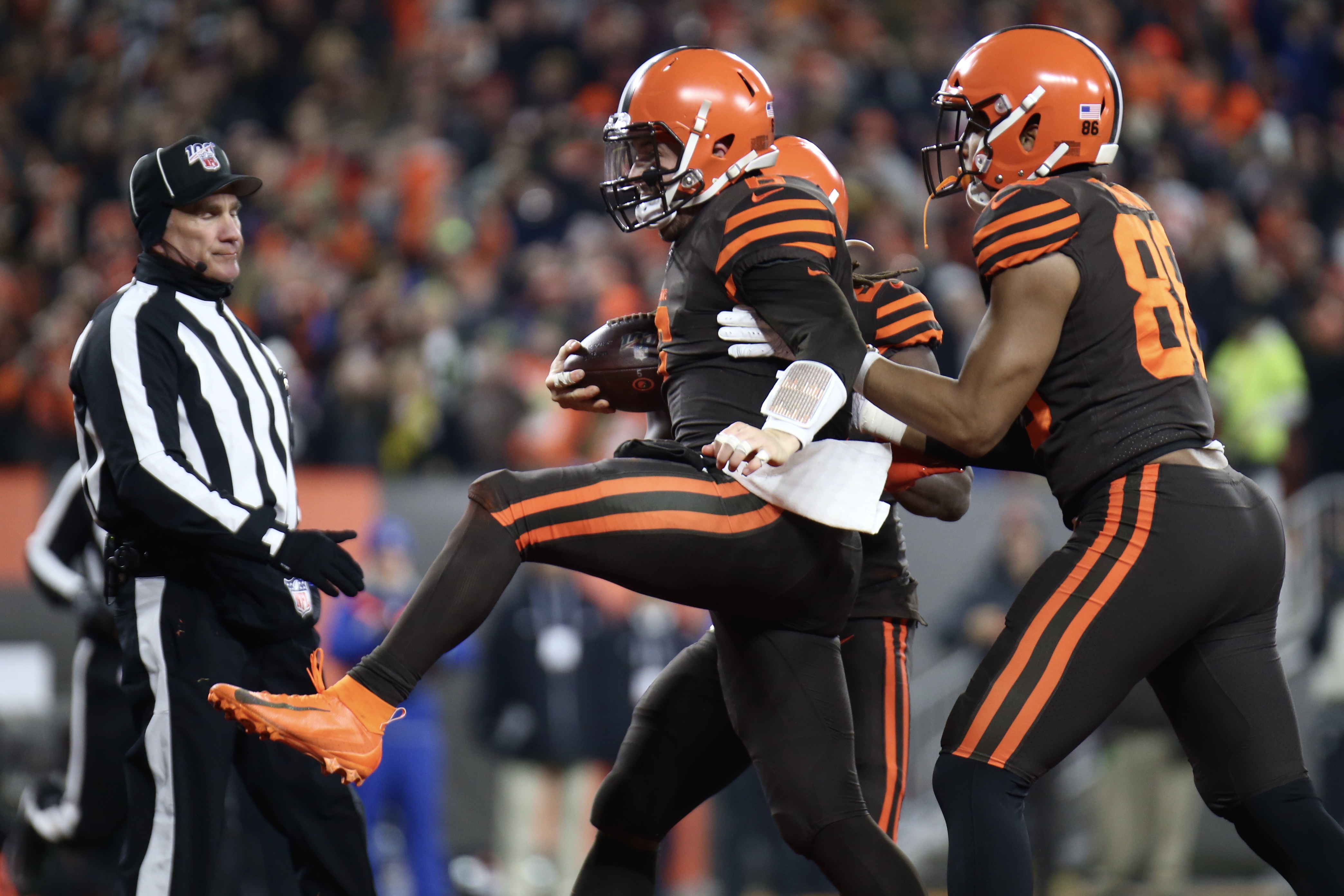 Instead, the Browns found themselves having to talk about an inexcusable incident at the end of their 21-7 victory over the Steelers that kept their fleeting playoff hopes alive when defensive end Myles Garrett lost his mind and assaulted Mason Rudolph on the field, striking him in the head with his own helmet, ripped off the quarterback’s head moments before.

The Browns should have been celebrating turning the tables on the Steelers, doing to them what the Steelers’ defense had done to opponents in the previous eight games.

The Browns intercepted Rudolph four times. They sacked him four others. Their own quarterback, Baker Mayfield, threw two touchdown passes and ran for another, escaping the Steelers’ pass rush to make several plays.

Instead, the tenor in both locker rooms dealt only with the aftermath of this:

For the Steelers (5-5), it ended a four-game winning streak and dropped them off the pace in the AFC playoff race. The Steelers entered Week 11 holding the second Wildcard spot in the conference.

The Browns (4-6) meanwhile, kept their fleeting playoff hopes on life support with their second consecutive win by knocking off their bitter rival. The victory marked the first time since the Browns rejoined the NFL in 1999 that they have beaten the Ravens and Steelers in the same season.