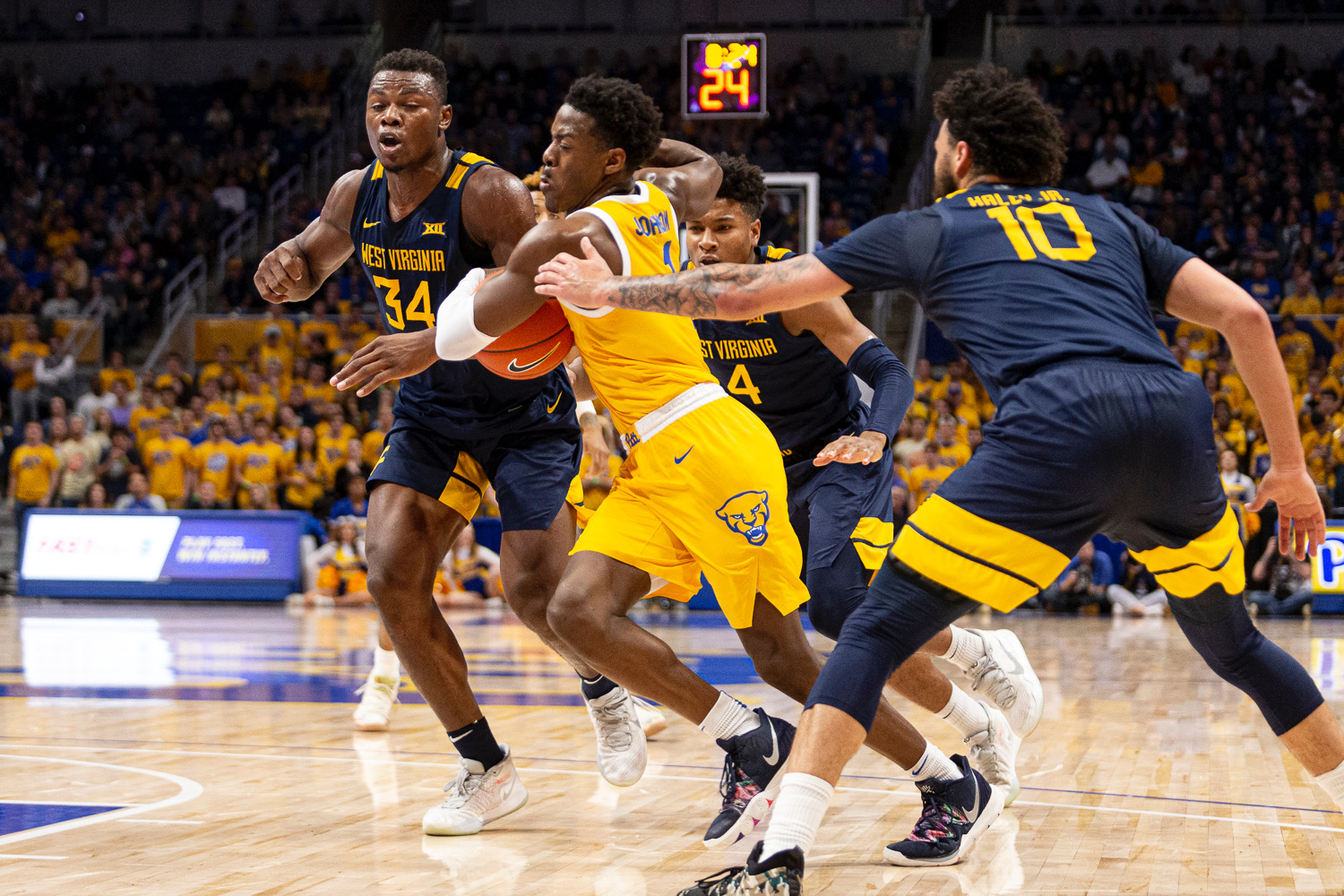 "I think they got worn down a little."

That's West Virginia's Bob Huggins with the understatement of Pitt's young 2019-20 season, ladies and gentlemen. Huggins offered that take regarding the Panthers' guard play following his Mountaineers' runaway 68-53 romp over the Panthers Friday night at the Petersen Events Center.

The numbers couldn't support him more. The basketball version of the Backyard Brawl was a fun, energetic and electric fight ... for the first couple rounds. Then fans scrambled to find their white flags.

• The game was tight at the half: 36-35, West Virginia. Look above at that final score once again. Yeah. Pitt faltered big time down the stretch.

• Twelve percent is pretty bad. Even worse? Ten percent. That's how Pitt closed this one out, making just one of their final 10 shots.

• Trey McGowens scored 12 first-half points on an efficient 4-for-7 shooting display ... then scored just one point the rest of the game to finish with 13.

There it is. All 10 seconds. Johnson scored those four points within a half-minute span in the first half ... and didn't score another point in the game. Briefly, it appeared the Johnson of old was back, slashing and dashing to the hoop at will and finishing with equal parts power and finesse. It was what Pitt's needed from him all season.

And it was a mirage.

He finished with those four points, five turnovers, five assists and an 0-for-1 effort from the free-throw line. Capel didn't single Johnson out after the game, but he did say this:

"We got some wide-open threes, but at times I thought we were rushed," Capel said. "We had a few possessions of no pass, shot. I think what happens with us is that at times, especially when we're struggling, guys know we're struggling and so we have some guys who [say], 'OK, I have to do it,' instead of constantly we have to do it."

There's no doubt about it: Stars gotta shine, and Pitt counted on Johnson to be a high-candlepower part of this team in 2019-20. He hasn't been that thus far, though, in part because he's forcing the issue and in part because teams are specifically working to eliminate his strengths. That's what happens when you distinguish yourself at this level. He needs to adjust, and fast. Because on the other side of the court in this game, fans were treated to a true shining performance from West Virginia's Oscar Tshiebwe.

One man can have that kind of impact.

"That's his best game by far," Huggins was saying of Tshiebwe. " ... He was looking to score instead of just doing what he does. And what he does is rebound the ball as well as probably anybody in college basketball." 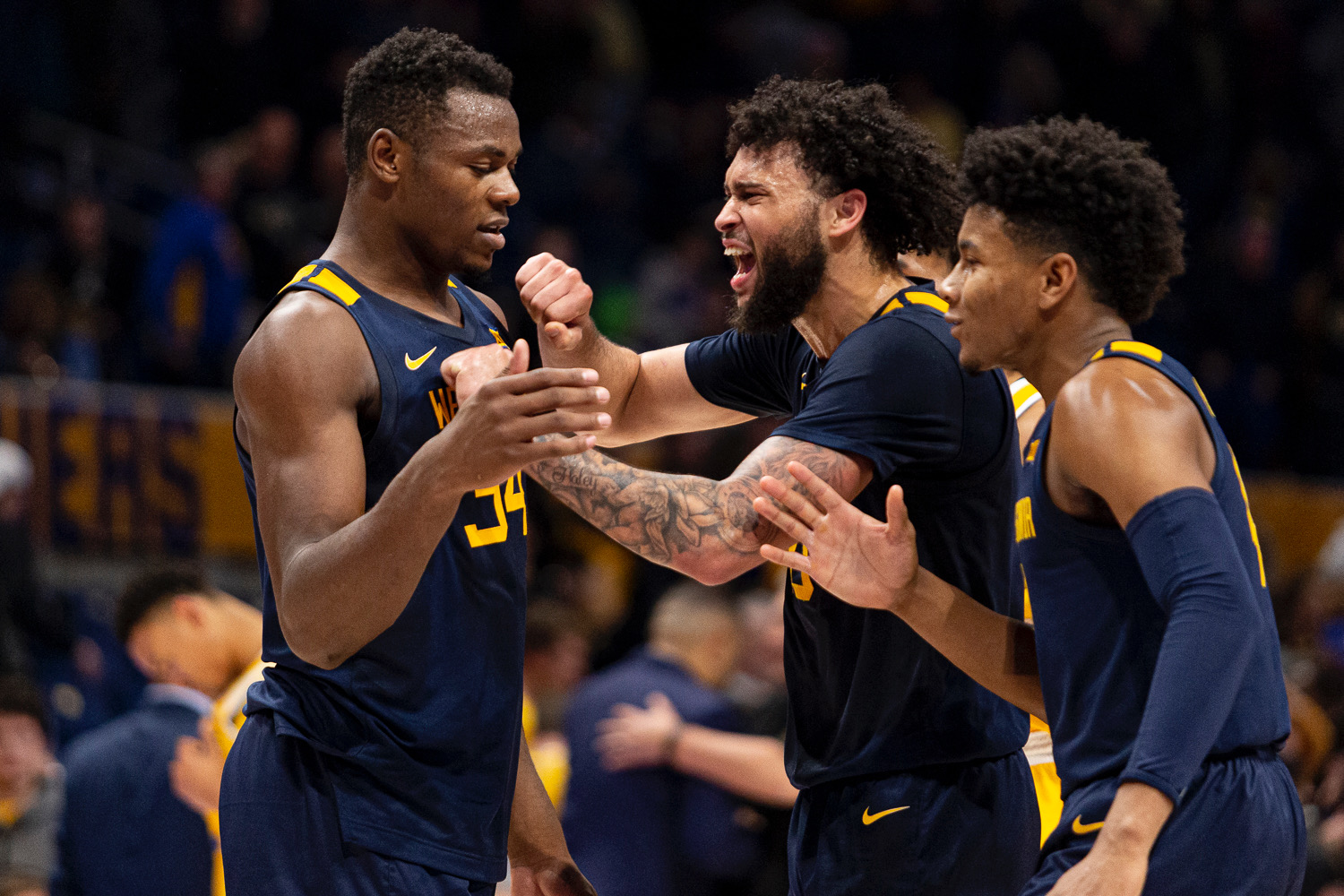 Pitt certainly struggled to slow Tshiebwe's scoring down — in part because it's physically impossible for them to prepare for 6-foot-9, 250 pounds of polished power forward.

"We can't simulate it, and certainly in a day, in two days preparation, it's not something we can do," Capel admitted of the challenges with planning for Tshiebwe. "We don't have those types of bodies yet. But it's something that we do work on. Obviously we did a better job against Florida State. They're big too. So we did a better job there, but we have to become consistent in doing it."

Pitt does need to "become consistent" in that — and in scoring the ball, in making free throws, in minimizing turnovers, in McGowens and Johnson taking over games, etc. The list rolls on for this Panthers squad.

Tonight, however, the story was everything Huggins summarized in those three crucial words — "got worn down" — because the signs, both mental and physical, were everywhere throughout the loss. Pitt met an imposing, dominant team with a standout, potential star big man in the fold.

"They're a big, physical team and really dominated inside, dominated the paint and offensive rebounds and really made it difficult for us to score around the basket," Capel said. "I thought the game was lost in the first three minutes of the second half ... We got four shots right there at the basket early and got nothing out of it. We didn't finish strong. We didn't play through contact, and I thought that gave them even more confidence to become even more physical and to become even more dominant."

Within this, freshman Justin Champagnie pointed out a crucial detail.

"Getting to the rim wasn't difficult, but finishing around the rim with them was difficult," Champagnie said. "They're obviously big kids, but it's a man's game, so you just gotta get better."

The Panthers got owned in this one.

You could almost hear the cries of "uncle" as this Backyard Brawl came to a close.