Imagine painting a house before there's a house.

That's basically been our process so far in building our all-new app and site. Because that's the order that's required. Without being able to see what the developers will make, the developers can't come up with a concrete cost estimate and, more important, can't know what it is they're making.

A week ago in this space, I shared with you a glimpse of how our home page will look ... 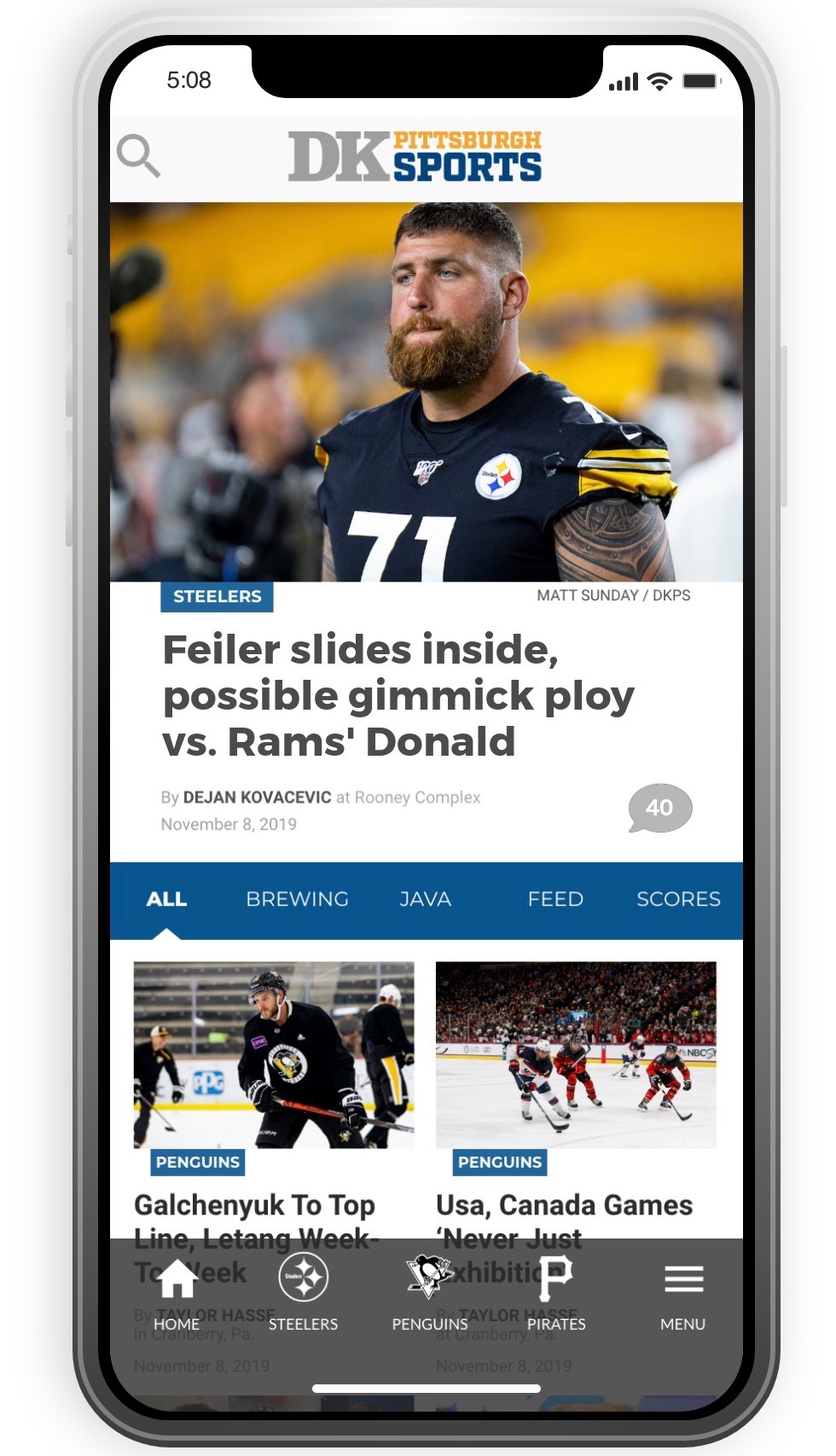 ... and barring a couple cosmetic changes since then -- we added page views to the comment count on the top story -- that's the look, that's the feel, that's how the thumb will roll across the display. As of a meeting my wife Dali had with the developers yesterday, that part's as close to complete as it can get.

So, what about the house itself?

That's immensely more complicated and not nearly as fun. But that's where the most important work will occur, with some of these foundational concepts guiding us throughout:

• Speed. We want the user to be able to see everything there is to see upon opening the app. If there's any further navigation to follow, that loads afterward. But we want the initial impression to be a boom! The current edition of the app, which we'll be rocketing into the sun once the new one's ready, is painfully slow for a ton of reasons. None of those will apply with the new one.

• Ease of use. Our developers are experts in app behavior and are applying their experience and knowledge to what users prefer for intuitiveness, thumb movement, the eye's expectations and other facets. We'll also be breaking the mold with a bonus commenting option that allows the commenting platform to slide across your screen from the right side. (In addition to the usual place at the bottom of the article.) This will offer the chance on our live files, for example, to read what our reporters are saying while also chiming in your own thoughts with a simple swipe.

• Efficiency. The chance to create our very first, very own custom platform is mostly exciting to us because we can set it up to work best with our rhythms, our search-engine needs, our mechanisms that keep us both fast and, to be honest, less expensive to maintain. We currently run up massive server bills because this existing site is so excruciatingly clogged up that the only escape route is to add more servers. That's a big cost. (Also, as we saw after the Steelers-Browns game Thursday night, it still doesn't guarantee it'll survive exceptional traffic.)

• Logins. Yeah, I know, this should've been up top. Believe me, it's No. 1 with us, too, after five-plus years of complaints. But again, for reasons that'd bore you to tears, making these seamless was never an option with the existing site. With this one, it'll be a breeze. And the goal will be to keep you logged in for as long as you wish, with multiple options to make that as easy as possible regardless.

All of this will come, as one might expect, at a considerable expense. Unprecedented for us. But we feel it'll be more than worth it in terms of subscriber retention, attracting new users (that's where the scores/stats come in) and through other forms of commerce. It won't pay for itself right away, but it will over time.

People often ask me what's the one do-over I wish I had with this venture. With the convenience of hindsight, this is it. This is how I'll answer without hesitation every time. To have had the chance to rewind the clock and build something like this in the summer of 2014 ... man, I can't even go there.

A month ago, we teamed up with WQED-TV, the iconic PBS station of Mr. Rogers, to produce a program called 'Purely Pittsburgh' with the great Rick Sebak. Well, that aired in the third week of October, seen locally throughout the region, but there hadn't been an online version ... until now. And for the readers who asked, here it is, thanks to our great friend over there, Lilli Mosco, and to associate producer Rich Capaldi:

If you're interested in the 'Purely Pittsburgh' package that includes two of Rick's brilliant videos, those can be found right here.

As of 11:59 p.m. Friday, exactly two full weeks since the announcement that we're bringing back Pitt coverage, you’ve bought a total of 445 H2P Subscriptions! Which means, even though the pace predictably slowed over the past few days, we’re still almost halfway home in short order.

There are three ways to get one:

1. If you’re a new or returning subscriber, buy a full-year subscription at the half-off price of $19.76 in honor of the most recent football championship.

3. This is the big one: If you’re an existing subscriber, buy a Pitt one-year gift subscription — also $19.76 — for anyone you know. And if you don’t know anyone who’d want one, we’ll place your purchase into a pool and distribute them to students at the university, with a special invitation to everyone in the Oakland Zoo. If you’re interested in buying a bunch of these in bulk, email me directly at DK@DKPittsburghSports.com.

To the latter point, we’ve already had 36 readers buy gift subscriptions in bulk.

Some readers have asked me what'll happen if this falls short of 1,000, and I've answered each time that we'll get there. Simple as that.