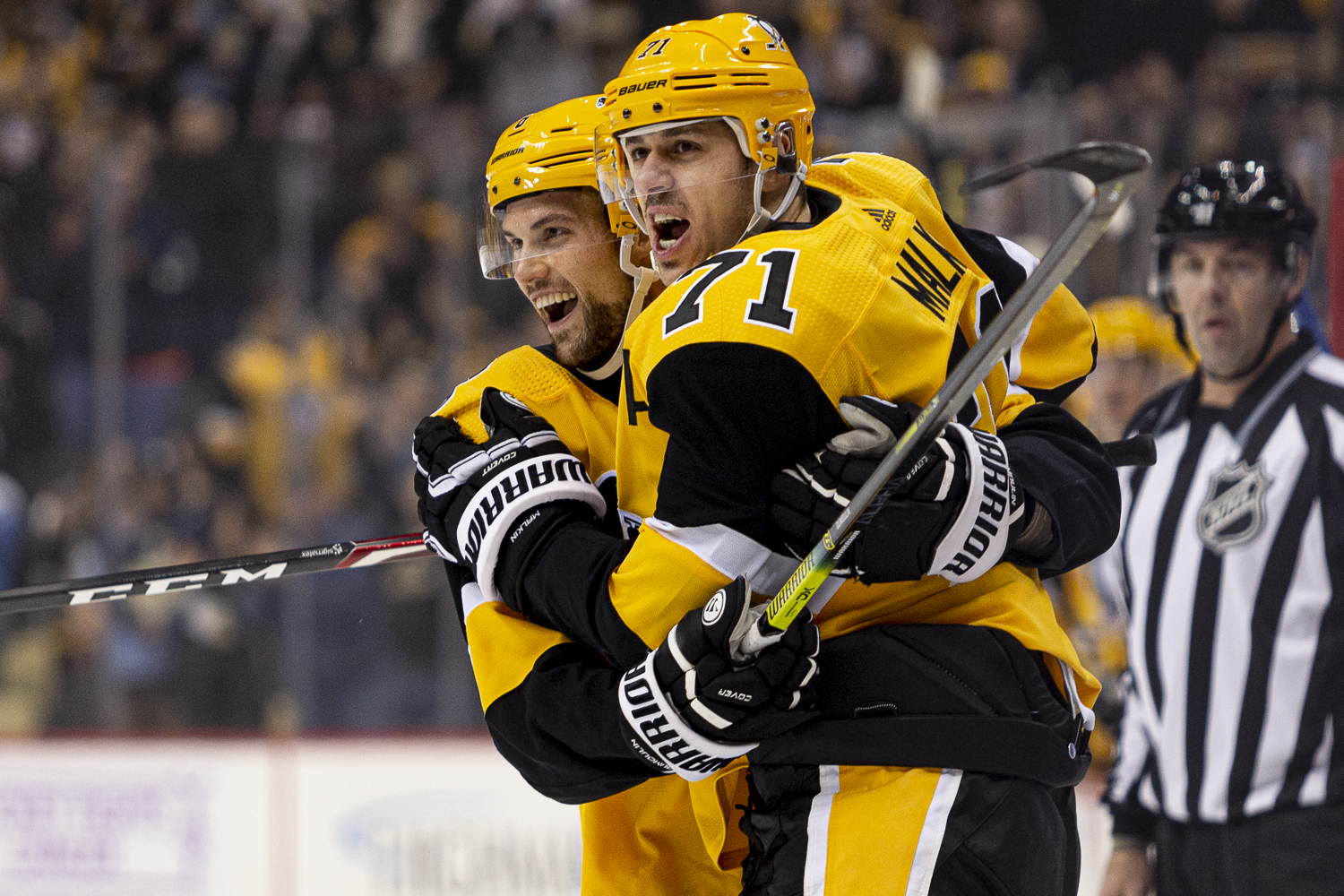 Evgeni Malkin had himself a heck of a game Saturday night. Even if you didn't watch the game, you'd probably have guessed that from the photo just above these words. That photo is what I referred to during the game as a "Russian bear hug." I took it right after Malkin scored a goal set up by some nifty legwork by Bryan Rust.

You'll need to read Dejan Kovacevic's words for more on that goal, though. And Taylor Haase's for the full story from the dominant 6-1 showing to handle the Maple Leafs in general.

After that photo, particularly seeing the excitement from the man they refer to as "Geno," I started thinking about how good Malkin has always been when is that primary star.

I’m sure Pittsburgh fans would never want this, but I feel like hockey was disserviced by Malkin/Crosby being on same team. 71 has always had that special style that comes out even more when he’s the primary star on ice. Would’ve been incredible to see a career of it. #DKPS #Pens

The unfortunate part of that sentence is that I was thinking about how dominant Malkin can be when Crosby has been injured. That's not a particularly positive thing to think about, but it's true. Malkin has been an incredible force when he doesn't share the ice time, the power play or the scoring with another superstar -- in this case, the world's best over the time he's been an NHL'er.

I simply want to ask a question, one that I asked on social during the game: Basically, would the NHL have been better off if Malkin and Sidney Crosby didn't end up playing together on the Penguins? Were fans of the game of hockey simply cheated because they didn't get to watch Malkin flourish in the role of a team's primary superstar?

What if Malkin played his entire career in Toronto, Los Angeles, Calgary, Florida, etc.? What if those teams drafted the Auston Matthews and the Johnny Gaudreaus to be Malkin's supporting cast, not the guy in those cities?

My personal belief is that, yes, we as hockey fans were robbed. Were Penguins fans? Heck no. Malkin has won plenty of hardware in this city, even if you don't count his three Stanley Cup wins. And he's been an incredible force to watch on the ice.

You just have to wonder, would that dominant Malkin -- the one that shows up when Crosby can't lace them up -- sustain that heightened level of play if he was the focus? Probably not. Not all the time, anyway. But Crosby has slumped. Alexander Ovechkin has slumped. And I have no doubts that Malkin could have led a team to a Stanley Cup win as the primary star.

I have to wonder as well who outside of the Pittsburgh market values him the way he's valued here, though. Certainly not the NHL, who didn't include him the list of 100 Greatest NHL Players announced during the NHL's centennial season -- a season which saw the Penguins win the second of back-to-back Cups.

With an unbiased mind, were hockey fans cheated by not getting to see Evgeni Malkin be the guy away from Sidney Crosby?

For fun and to get the conversation started, here are a few of the replies to my Tweet:

Talk to @Dejan_Kovacevic or @MolinariPGH about it, but my sense is that Geno was much more comfortable not being the primary media focus. If he had found himself in a situation where he had to be The Man, it might not have worked out so well.

Too many Pittsburgh fans take it for granted. Many teams have never had one player of their stature.

I kind of agree.
This new style he is being forced into makes me feel that 87's absence could be a blessing for Geno.

You're not wrong, Matt. He's incredible when the weight is on his shoulders. He could've done it.