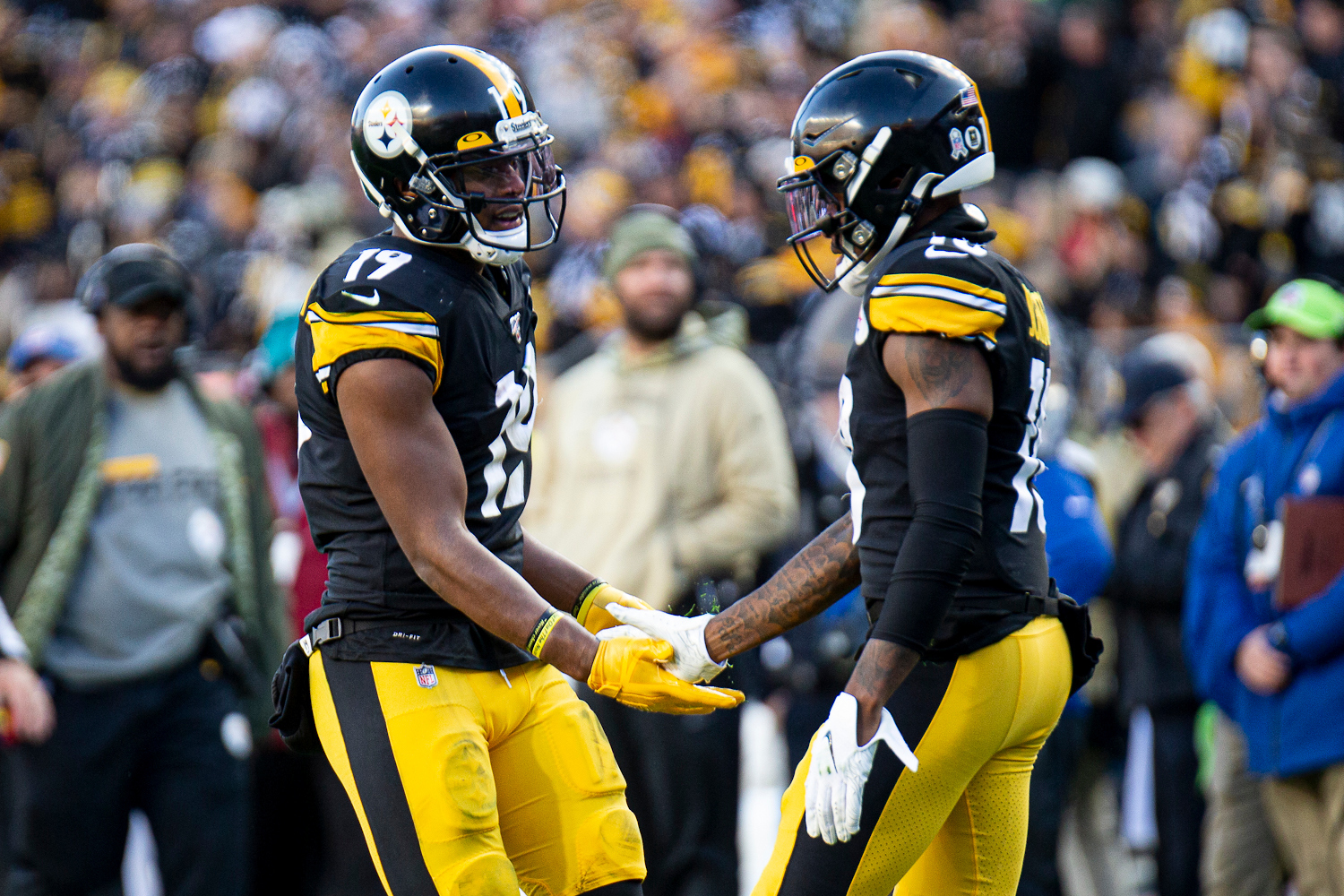 The Steelers must feel the need for speed, because they added some to their offensive skill players on Saturday.

With both JuJu Smith-Schuster and Diontae Johnson having suffered concussions during their 21-7 loss Thursday night at Cleveland against the Browns, the Steelers were forced to finish the game with just three healthy wide receivers.

And one of those was Tevin Jones, signed earlier in the day off their practice squad when Ryan Switzer was placed on season-ending injured reserve.

Saturday, they signed another wide receiver off a practice squad, but this time he came from the Colts.

Veteran Deon Cain, who was waived by the Colts after their 26-24 loss to the Steelers in Week 9, was signed off Indianapolis' practice squad. The Steelers also signed rookie running back Kerrith Whyte Jr. off the practice squad of the Bears.

To make room on the 53-man roster, the Steelers released linebacker Jayrone Elliott and running back Tony Brooks-James.

Cain, a sixth-round pick of the Colts in 2018, appeared in seven games for the Colts this season, catching four passes for 52 yards. He played 20 snaps against the Steelers three weeks ago, getting two targets but failing to make a catch.

The 6-foot-2, 202-pound Clemson product missed his entire rookie season with a torn ACL. Cain could be used as a deep threat by the Steelers. He ran a 4.42-second 40-yard dash at the NFL Scouting Combine in 2018. Cain caught 130 passes for just over 2,000 yards and 20 touchdowns in three seasons with the Tigers.

Whyte is another speedster who ran a 4.37-second 40 at his pro day at Florida Atlantic, where he shared time with current Bills' starter Devin Singletary.

With Switzer now on injured reserve, Whyte could give the Steelers a boost as a return man. Whyte had 18 carries for 55 yards and a touchdown in the preseason for the Bears. He also had two receptions for 14 yards.