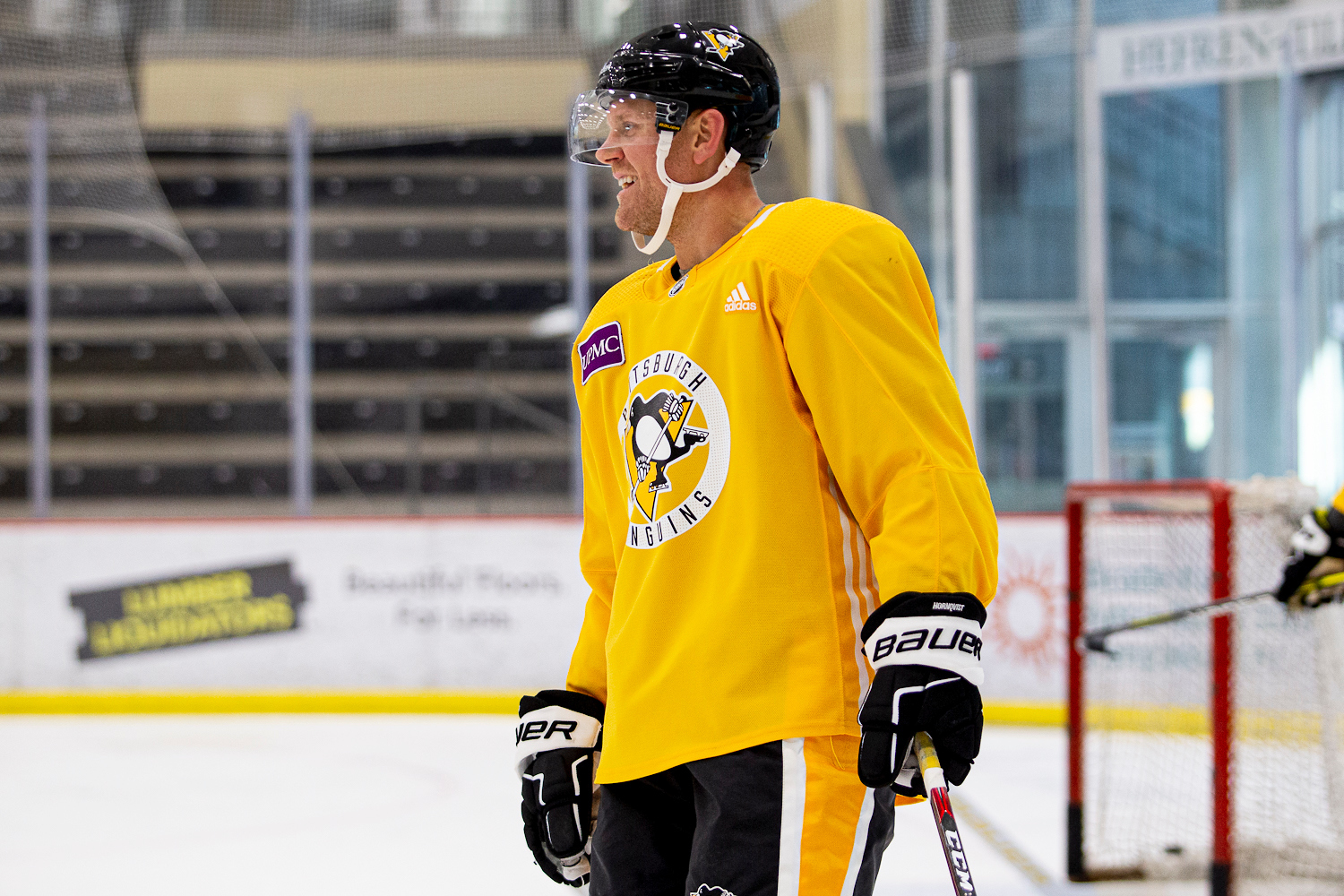 This was the first time Hornqvist skated with the team since he sustained a lower-body injury on Nov. 2, although he has skated on his own before Sunday.

"He's making significant progress," Mike Sullivan said of Hornqvist's status. "Obviously the fact that he's joining the team in a non-contact jersey is an indication of that. I thought with the limited time I had an opportunity to watch him today, as we spent a lot of time on our power play, I thought he looked pretty good. The next step is full contact, and then it's a return-to-play decision. The fact that he's joining the team I think is a really good sign."

Nick Bjugstad did not skate with the team. Sullivan still did not have an update on his status, adding that the team hopes to have more information over the next 48 hours.

• Practice only lasted 35 minutes, and there were no line rushes. It was primarily power play work and Ty Hennes working on drills with the rest of the group.

• Zach Aston-Reese easily has the most intense November mustache now after shaving his beard. He walked into the locker room with a look on his face like he knew he was about to get a ton of comments on it.

I jokingly asked Bryan Rust if there's now any pressure to step his mustache up after Aston-Reese came in looking the way he did.

• The Penguins' coaching staff is traveling to Toronto to be at Jim Rutherford's Hall of Fame induction ceremony on Monday night.

"I'm really grateful," Sullivan said of the opportunity to be there for the ceremony. "It's tough during the season sometimes to have an opportunity to step away from it for a day. I think, for myself personally and our coaching staff, to have the opportunity to be a part of Jim's celebration, it's a privilege and a thrill for us. No. 1 first and foremost, we're thrilled for Jim. He's so deserving of this honor. I think he exemplifies what the Hall of Fame stands for. My personal experience with him, I can't say enough. I can't share the gratitude that I have to him for the opportunity to coach this team and to work with him. He's a great leader; he provides the coaching staff so much, so many insights. His calm demeanor, ... his sense of humor is always appropriate on a daily basis for our group. It's just a privilege to work with him. When you win Stanley Cups it certainly galvanizes relationships, and it's hard for me to articulate in words what it has meant to me personally to work with him, to become his friend. I value his friendship more than anything at this point. To see him go into the Hall of Fame is a great thrill for us, we just think he's so deserving of it."