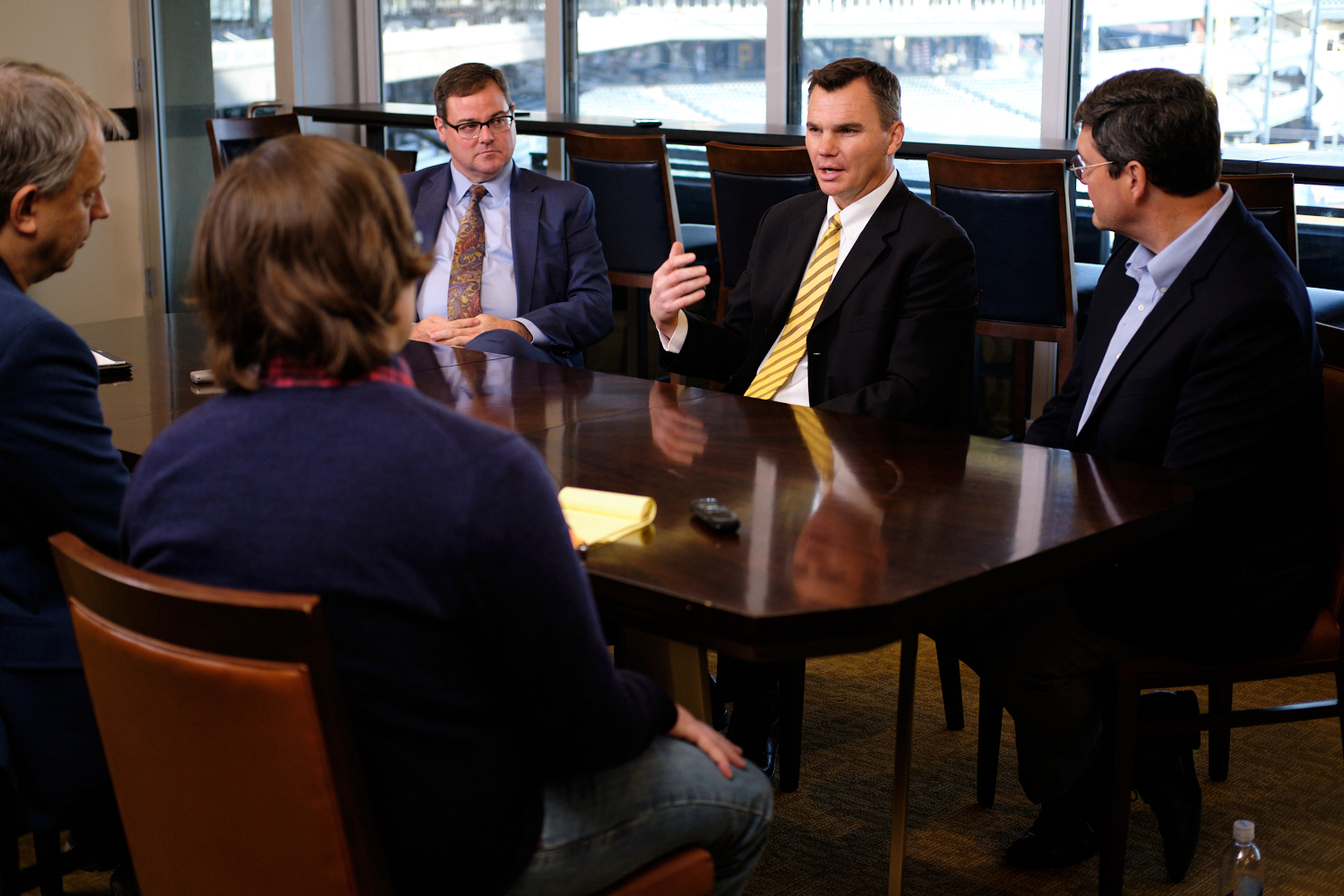 The wait is over. The Pirates have announced Ben Cherington as their next general manager.

On Monday afternoon at PNC Park, the team introduced Cherington through a formal press conference, after which he, Bob Nutting and new team president Travis Williams sat down for a separate session with DKPittsburghSports.com‘s Dejan Kovacevic, Matt Sunday and me, as well as independent magazine writer Jim Lachimia, to answer questions about the hiring, the state of the franchise and Cherington's plans

Below is a full transcription of the interview:

Nutting: We're not going to do opening statements, but I sort of like this informal approach. And nobody's taken more advantage of it than you (DK) have. (Laughter.) But I think it plays well to the detail that you like to get into, so hopefully it works for you.

DK: What you're saying is you appreciate my candor, Bob?

DK: Opening with a payroll question, then, of course: Ben, when you come into this situation, do you have assurances or confidence that you'll be able to ... not so much spend a zillion dollars right off the bat, but -- and we go back to the 98-win season in 2015 -- when things are good, that it's time to load up, that it'll be there?

Cherington: Yeah, I'm really confident in the resources that are available across the baseball infrastructure, including the major-league team — based on what I know to be fact, seeing it on paper. And also based on getting to know Bob and Travis, and just getting that deep feeling of how committed they are to this team and this city. So, yes, confident in the level of resources, confident that the support's there to build a winning team.

DK: In that context, then, for Bob and Travis, one thing that people like me will write about occasionally is that revenue sharing from Major League Baseball will offset local losses, like lower attendance here at PNC Park. Is building a winner a more profitable endeavor for the Pittsburgh Pirates than ... let's say, 2019 was? And I think you know what I'm asking, because that perception certainly exists.