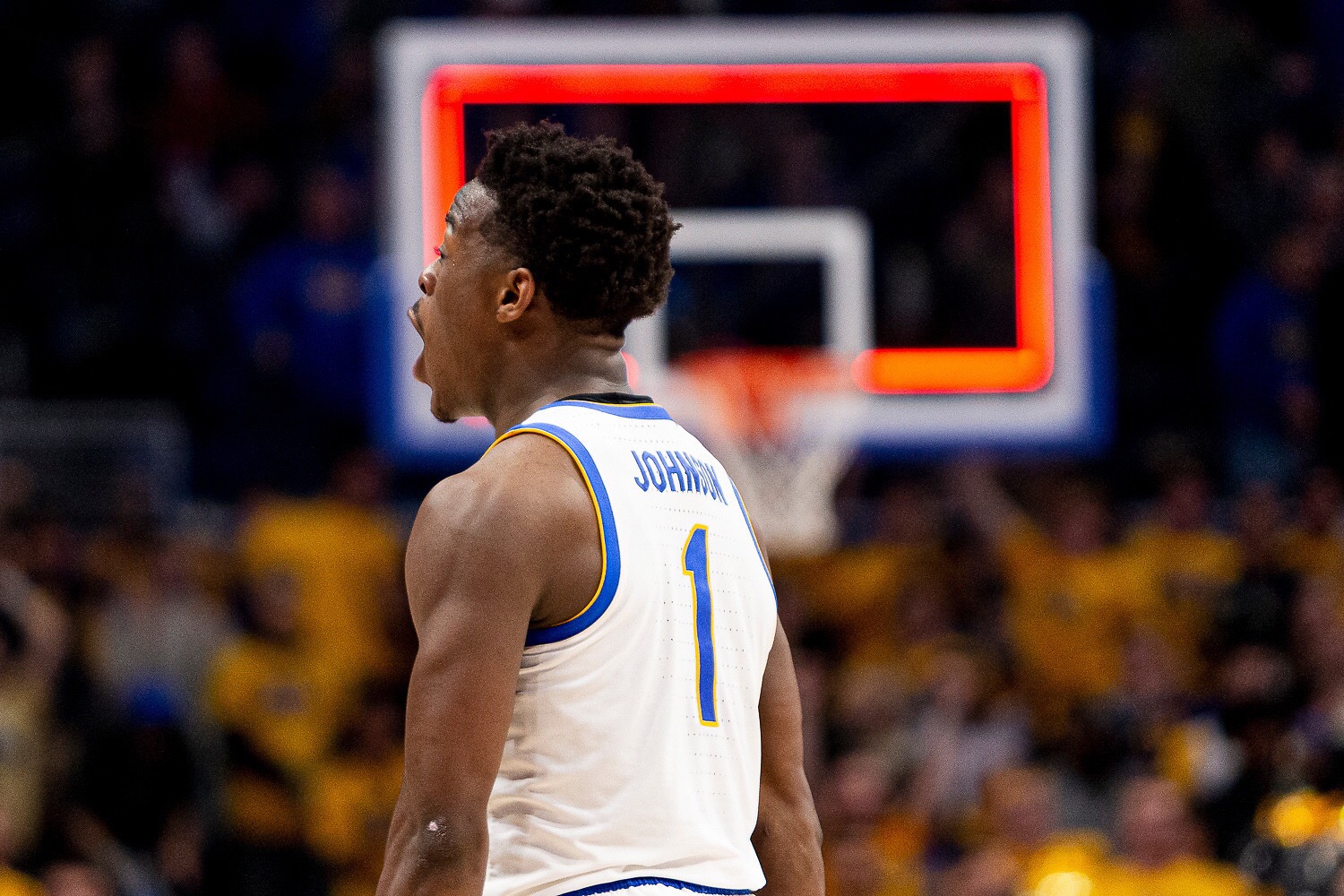 Xavier Johnson hadn't been good for the Pitt Panthers leading into their 63-50, Monday-night win vs. Monmouth at the Petersen Events Center.

And that's putting it politely.

Johnson, in his second year, averaged 8.5 points, 4 assists, 4.5 rebounds and 4 turnovers per game through four games — a step back from his 15.5/4.5/3.9 stat line in 33 games last year. And for a player expected to help launch Pitt to new heights in 2019-20 and beyond, taking a step back was a massive disappointment. This was the guy flirting with notions of the NBA and life at the professional level — and he struggled to score against Nicholls State and Robert Morris.

"Sometimes when you have success, it can make you lose your edge — or what you perceive as success," Jeff Capel was saying of Johnson's performance thus far in the season. "He broke the freshman scoring record. He was a guy last year that was incredibly hungry because no one knew who the heck he was. There was no expectation for him. And all of a sudden, you have a good year individually, and so there's an expectation of, 'Well, I can be a pro. It's something I've dreamed about. Maybe it's close.'"

Only through these first four games and a 2-2 record with the 2019-20 Panthers, Johnson wasn't close. At all.

Then Monmouth came to town, and Johnson did a whole lot of this:

There he is. For those keeping score at home that's:

That's the Xavier Johnson Pitt fans wanted to see all season. Do you notice anything about those gifs, though? Any commonalities?

That's right: They all occurred in the second half.

Because for the first 20 minutes, it seemed we would be treated to the same old version of Johnson we'd seen through four games. He had three turnovers in the first six minutes of the game, he forced shots, he made poor decisions — literally every negative quality that'd plagued his start to the season played out like a highlight reel of inefficiency and disappointment for the home crowd Monday night.

Capel yanked him for that effort.

Now, get this: Johnson finished the game with three turnovers. And 15 points. And nine assists. And just one personal foul.

"It calmed me down," Johnson was saying after the game of Capel's decision to sit him on the bench for a stretch. "I had three turnovers on the first couple of possessions. I was just thinking too much. I wasn't just playing. When I sat on the bench, I just closed my eyes, and I [was just] thinking to myself. I'm in a deep struggle right now, still. But I'm trying to break out of it."

Then, Johnson said something vital. He was asked if he put too much pressure on himself coming into this season. A freshman standout expected to take the next step — that's gotta be tough, right?

"I did put too much pressure on myself," he said.

OK ... So that definitely deserves a follow-up, eh? What does that mean? What does dealing with that look like for him?

Bye-bye Twitter, hello focus. It's impossible to attribute Johnson's complete turnaround in this game to his cutting off social media, but there's no doubt there was a drive and a determination on display not seen from him yet this year Monday night against Monmouth.

On this level, I was intrigued.

So I followed up with Capel, who delivered a two-minute, 15-second response using the Rocky movies as an analogy for Johnson's struggles.

Yes, you read that correctly. Click the dang video:

You want to talk about the "Capel Effect" or Pitt moving forward to hit that "next level"? Well, how about that? Capel talked to Johnson at length after his star guard's disastrous game against West Virginia. It resonated, so Johnson acted on Capel's suggestions, cut ties with social media to remove some of the noise surrounding him ... and then delivered his best performance of 2019 against Monmouth.

Nah, that's coaching. That's everything Pitt's trudging through and everything Capel's trying to accomplish here. He's working with an exceedingly young core of players to develop them into upper-echelon collegiate talents, and that process will never be perfect. There will be hiccups ... and then more hiccups. Even now, after a solid effort from Johnson, Capel sees the work to be done:

"I saw some of it in the second half, the confidence and things like that," Capel said. "But like I told him, it's not going to happen overnight. It's not."

But we'll also see breakthroughs, as we did Monday night with Johnson. Capel's opposing coach, Monmouth's King Rice, wasn't shy about heaping on the praise of Capel's methods.

"He embraced the whole city from the first day he got here," Rice said of Capel. "I heard him talking about [how] he was a Pittsburgh Steelers fan and how that got everybody excited. I watched him take his practice outside. I watched their kids' workouts. And you just watched with the energy that he's running this program.

"And then ... the brick-by-brick. Are you kidding me? He deals with kids, and to come up with something like that — especially at a place like Pittsburgh, where there's been so many great players, so many great players — and now, brick by brick, we're gonna build this thing back to that? I don't know. I just see him doing a lot of cool things. And when you deal with 18-to-22-year-olds, they're very impressionable. Even though they look like grown men, they're not. And that you can come up with things that they will think is cool ... He came up with stuff that's cool for them to embrace and the former players to embrace."

Embrace it, they have. Even if it costs 'em a little online clout along the way.

Share
Tweet
Email
Rutherford: Time here is ‘highlight of my career’
Status of Smith-Schuster, Johnson up in air ☕