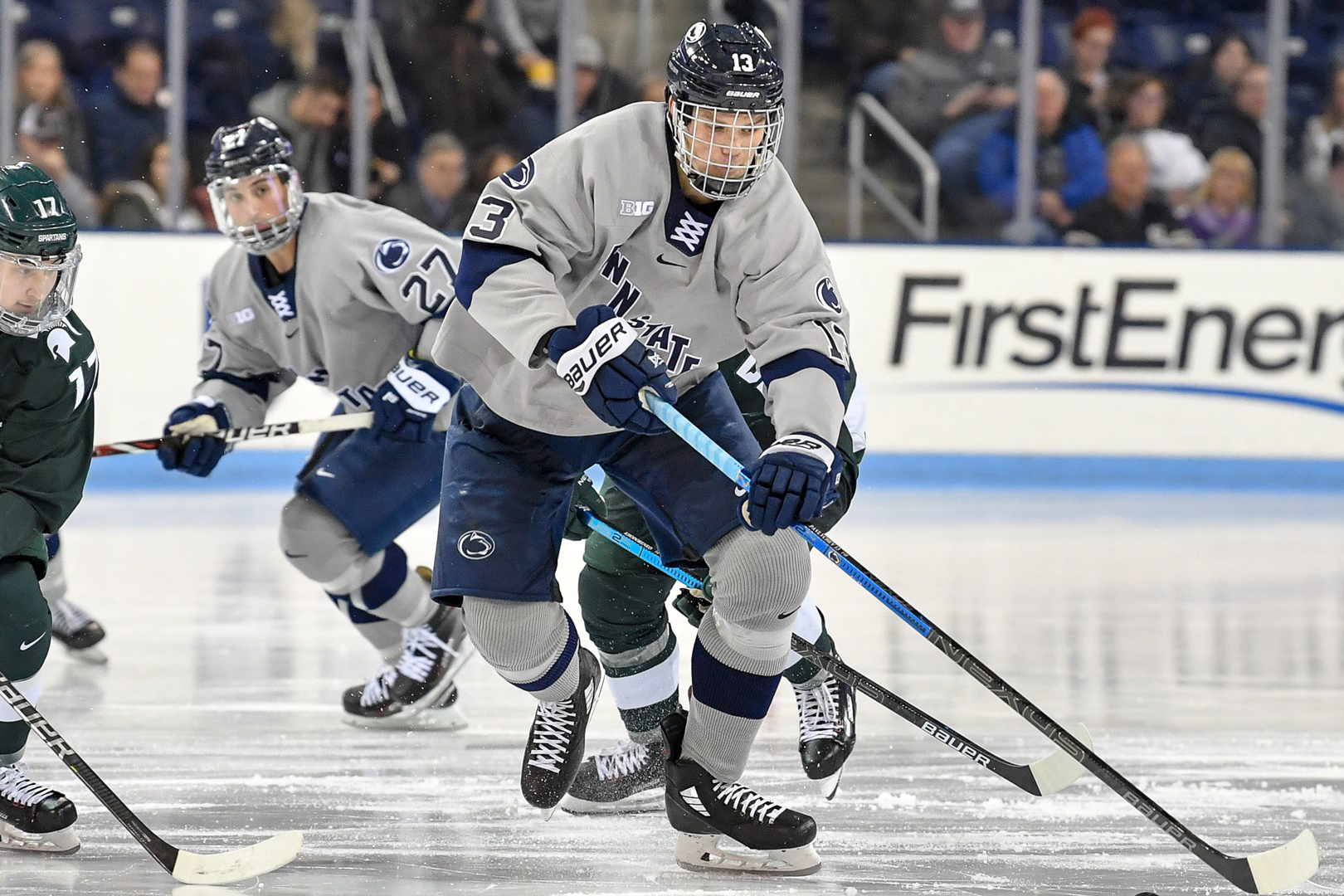 The Penguins have deadlines this summer to sign a few of their prospects.

Three of the Penguins' college prospects -- forward Nikita Pavlychev and defensemen Will Reilly and Ryan Jones -- are currently in their final year of college hockey and will turn pro next season.

The Penguins retain exclusive negotiating rights for all three until Aug. 15, 2020. If the Penguins pass on signing any of the three by then, or if any of the players don't want to sign with the Penguins, they would become an unrestricted free agent after that deadline.

College players can't sign contracts and retain their eligibility, so they would have to sign the deals once their seasons end. Depending on when their seasons end, and if they actually intend on signing, they can finish the year in Wilkes-Barre/Scranton on amateur deals.

The Penguins will also lose the rights this year to three prospects who have already left the organization. Their 2016 sixth-round pick, defenseman Joe Masonius, left college in 2018, forgoing his senior season. He signed an AHL-level deal with Wilkes-Barre last season but was injured during training camp then released after camp. He signed with the South Carolina Stingrays of the ECHL and was released after one game, then later in the year signed with the ECHL's Manchester Monarchs and played 12 games. He signed with the Reading Royals of the ECHL over the summer and was released before the start of the season.

The Penguins will lose the North American rights to two former prospects who left the organization as restricted free agents to return to Europe, as a result of the players turning 27 years old and losing restricted free agent status. The first is forward Dominik Uher, the Penguins' 2011 fifth-round pick who spent four years in Wilkes-Barre from 2012-16 and played two games in Pittsburgh in that time. He returned home to the Czech Republic from 2016-18, then moved to the Fischtown Pinguins of the German DEL league, where he currently plays.

The second player is defenseman Lukas Bengtsson, who was an undrafted free agent signing in 2016 and played parts of two seasons in Wilkes-Barre marred by a POTS diagnosis before returning home to Sweden for the 2018-19 season. He moved to the KHL for this season with SKA St. Petersburg, but broke his collarbone in the first game of the season. If either Uher or Bengtsson wish to move to North America after this season, as unlikely as it is, the Penguins no longer hold their rights.

Here’s a look at what all of the Penguins' prospects in juniors, college, and Europe did this week: