RICHMOND, Va. --  For all their success over the decades, the Steelers’ record in Thanksgiving games is a fairly abysmal 2-6. The team’s first turkey day victory came in their third attempt, on an especially frigid, 19-degree afternoon in Chicago in 1950. The hero that day was Joe Geri (who, admittedly, I’d never heard of before I decided to google “Steelers Thanksgiving games” a couple days ago), a bright spot on some solidly mediocre Steeler teams in the early 50s. His two touchdowns (and four point afters; he also performed as the placekicker and punter) helped spot the black and gold to a 28-3 lead before two late Cardinal TDs made the final score appear closer than it was. It would be 66 years before the Steelers would win again on Thanksgiving, a 28-7 drubbing of the Indianapolis Colts in 2016.

This Thanksgiving, the game to which I’ll be paying the most attention is the one I’ll be playing in, our annual neighborhood Turkey Bowl, which will kick off at 9 am sharp on Thursday morning. It’s a cherished tradition on my block, now in its eighth year, and while the game itself is plenty competitive, the real drama lies in seeing which of us geezers, most of us just south of 50, will be unable to walk until Monday morning!

I’m so thankful for the opportunity to share my work and my love for Pittsburgh sports with every single one of our great readers every week...Happy Thanksgiving, everybody! 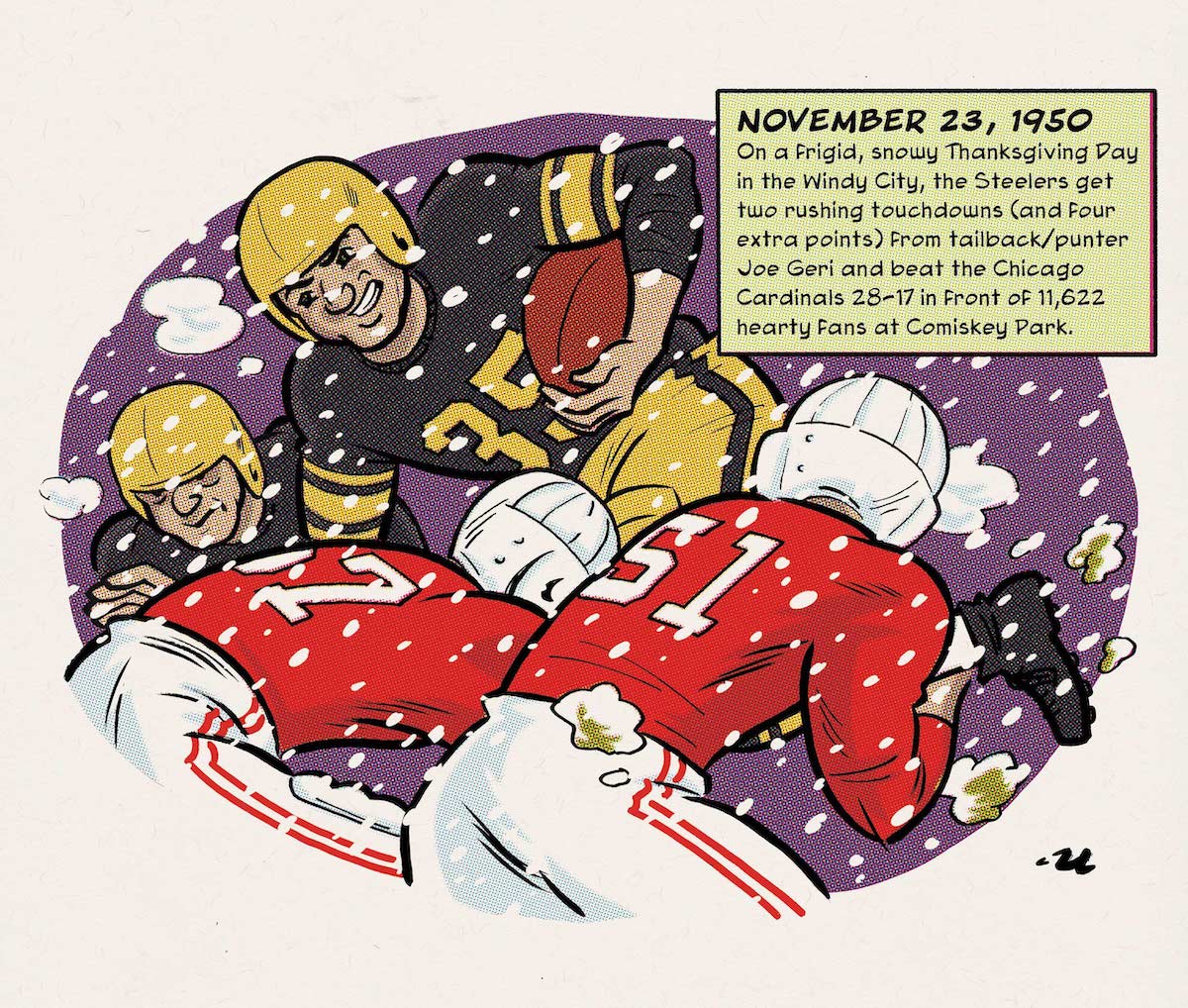