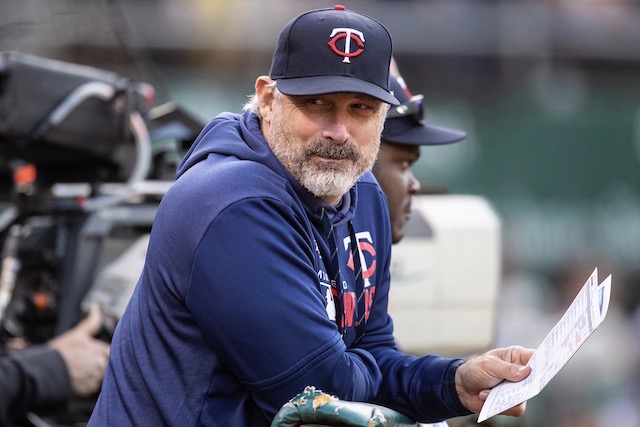 FORT MYERS, Fla. -- After nearly two months of searching with two different front offices conducting that search, the Pirates have found their skipper.

Derek Shelton, the Twins bench coach, was hired Wednesday to be the 41st manager in franchise history.

"My family and I are thrilled to have the opportunity to join the Pittsburgh community and are humbled to be part of this storied franchise," Shelton said. "One of the most exciting things for me during the interview process was just how evident the passion for Pittsburgh and the desire to success was with everyone I interacted with."

Shelton will be introduced as the next manager in a press conference next Wednesday, Dec. 4.

Shelton, 49, has 15 years of major league coaching experience. He has served as the Twins bench coach the past two seasons. Before that, he was a hitting coach with the Rays from 2010-2016 and the Indians from 2005-2009. All three teams were consistently among the best offenses in baseball under his tutelage.

He also served as a quality control coach with the Blue Jays in 2017, when new Pirates GM Ben Cherington was the vice president of baseball operations.

"I have known Derek for more than 15 years and have a great admiration for his passion for the game and players, work ethic, curiosity, and desire to learn," Cherington said. "He has worked and learned from some of the best in the game, and in turn has helped players and colleagues learn and improve during his 20 years of coaching and managing. We are confident Derek will help lead an elite playing and coaching environment at the Major League level and be a true partner to all baseball operations as we challenge each other to get better every day."

"I very much look forward to developing a strong partnership with Ben and the baseball operations staff," Shelton said. "It is going to be an exciting change of culture in the clubhouse. It is going to be a fun environment in which we will all be held accountable to each other. It will be a player-centric culture built on strong communication and relationships with our players, our staff and the entire organization. We will begin to establish those relationships this offseason prior to coming together as a team in Bradenton this February."

Before getting into coaching, Shelton was a minor league catcher in the Yankees system. He played two seasons and retired after undergoing elbow surgery in 1993.

Shelton was one of the first candidates the Pirates interviewed in October, when former GM Neal Huntington was conducting the search.

It was reported Monday the Pirates had narrowed their search down to Shelton and Rays bench coach Matt Quatraro.

In August, 2018, Shelton was interviewed by David Laurila of FanGraphs on his managerial philosophy. The full interview can be found here.

"If you’re in a leadership role, you have to continue to learn, and that includes having a willingness to go outside your own box," Shelton told Laurila. "If you don’t, you won’t be making yourself the best coach, or the best manager, that you’re capable of being."