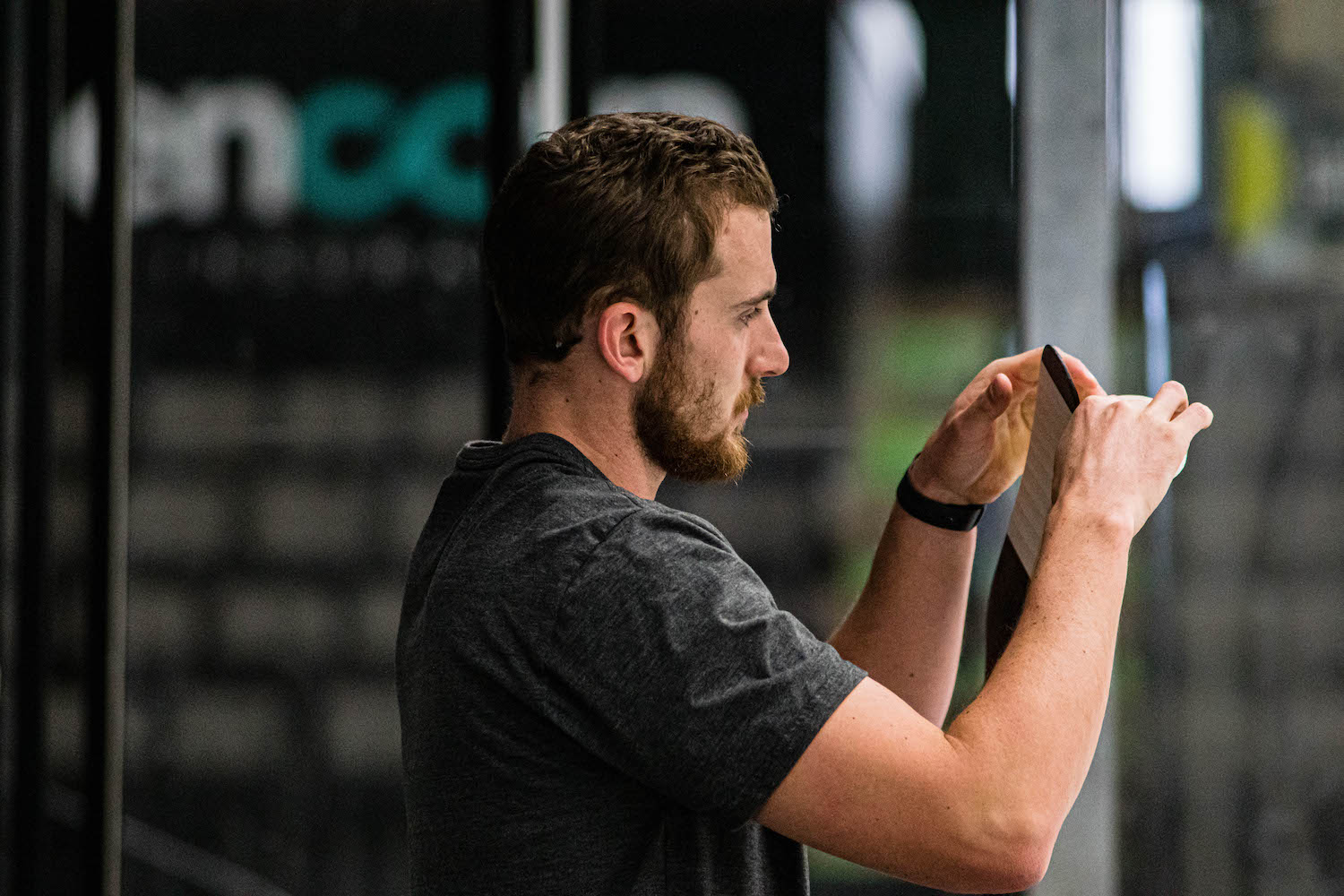 It's a tough time of year for Nailers defenseman Aaron Titcomb.

Last week marked 25 years since the murder of his 21-year-old father, Albert, when Titcomb was only 18 months old.

Couldn’t make it to see you this year dad, but I know you see me every single day. It’s your anniversary, but it’s not a happy one and it’s an anniversary that we shouldn’t be having. I carry you in my heart heart everyday. Continue to watch over the family and continue to keep us safe. I miss and love you very much. #foreveryoung

"He got into drugs, and it kind of took his life," Titcomb, 26, told me this week. "The community I grew up in, you always had access to something bad. Unfortunately he got caught up in that so I lost him when I was one."

Reports say that a man fatally shot Titcomb's father in the head over a $50 drug debt at a housing complex in Charlestown, a neighborhood in the city of Boston. The man who shot him was charged with first-degree murder and is spending the rest of his life in prison.

"It's tough when this time rolls around," Titcomb said. "Thanksgiving is a time for family. It's tough on everybody, not just me. My mother, my grandparents, my uncles, it hits them hard too. It's a time for family, and to be missing a key member of your family is tough. I try to stay strong for them, whether I'm playing or not playing, I'm in West Virginia they're in Boston, I just try to be an outlet for them to talk to and be a shoulder to lean on."

Titcomb's mother was just 18 years old at the time of his father's death, she and raised him on her own until his stepfather came into the picture when Titcomb was 11. She worked three, four jobs at a time to be able to raise Titcomb on her own.

"She didn't skip a beat," he said. "She stepped up to the plate. ... She taught me it's either you work or get left behind, the world's not going to stop for you if something goes bad. I think I kind of ingrained that in my everyday work ethic, and as long as I'm doing what I can do then the best is going to come. I have her to thank, 100 percent."

Titcomb said that where he grew up, hockey was like a religion. His uncles played, his father played, and he's been told that his father was "really good" at the game. Titcomb got his start at two years old, when his grandmother took him out onto the ice with a milk crate. He went onto play college hockey at Merrimack, and played his rookie professional season last year in Wheeling.

"I guess I have a gene when it comes to hockey, so I've been thankful to God to have that," he said.

For Titcomb and other kids growing up in Charlestown, hockey and other sports were also a way to stay out of trouble.

"You could go hang out with kids who weren't doing the great things or you could go play basketball, shoot hockey pucks," he said. "I was constantly put in those areas to make a decision, and I would always make the right one and separate myself. I lost touch with some people growing up just because they chose a different route. But I'm happy with the decisions that I've made, they brought me to this place where I can have a pretty good platform and impact other kids and still play a game for a living."

Titcomb is making full use of that platform. Last season he was one of the most active players in the Wheeling community, and won the team's Community Award, as well as the Fan Choice Player Award. Much of his work focuses on working with kids and informing them of the dangers of drugs and alcohol.

Titcomb credits his mother with his passion for working in the community, noting that every year his family does a clothing drive for the homeless community in Boston.

When he got to Wheeling last season, he told the Nailers' radio broadcaster and media relations manager DJ Abisalih that he wanted to jump right into the community work, and he plans on taking on an even bigger role this year. Titcomb also has his girlfriend living with him in Wheeling this season, who also shares a passion for the work in the community, so they're able to work together.

"We're getting involved in a lot more stuff and trying to impact as many people as we can," he said.

Titcomb is someone who will always be involved in his community, but for him, it's especially important to be as involved as possible while he still has the platform that comes with playing professional hockey.

"I'm not going to have this platform for long," he said. "So while people are still willing to listen to me, you should try to help people out. Maybe it'll create a trickle effect. You can impact one kid, and you never know. Maybe he gets to this platform and he gives back. I take that seriously."

Not even a full hour after I got off the phone with Titcomb, he was back to giving his time, volunteering for The Salvation Army. 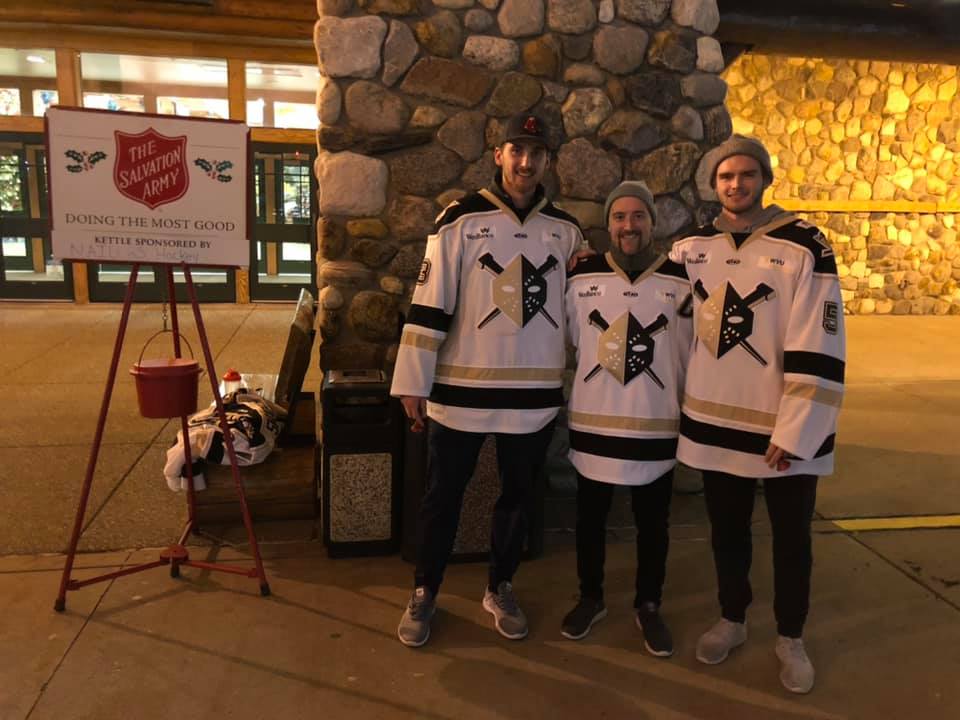 • Forward Justin Almeida was re-assigned to Wheeling from Wilkes-Barre/Scranton on Nov. 25. Almeida recorded one goal in seven games in Wilkes-Barre, and was primarily a healthy scratch as of late.

• The Nailers released forward Ryan Cloonan on Nov. 27. He's a first-year pro out of Boston University and only appeared in three games with the Nailers, recording no points.

• Nov. 19: vs. Cincinnati, 4-3 win
The Cyclones scored the opening goal at 3:17 of the first period, and Jan Drozg tied the game seven minutes later off of a feed from Renars Krastenbergs.

Early in the second period, forward Brandon Hawkins scored a lacrosse goal (or Michigan goal, whatever you want to call it), a potential goal of the year candidate, to take a 2-1 lead. The Cyclones scored to tie the game before the second intermission.

Drozg scored his second goal of the game just 14 seconds into the third period, again assisted by Krastenbergs. The Cyclones tied the game with just under five minutes remaining. Defenseman Blake Siebenaler buried a feed from Hawkins with five seconds remaining to secure the win.

The Nailers went 1-for-2 on the power play and 3-for-3 on the penalty kill.

• Nov. 22: at Indy, 3-2 win
Goals from Alec Butcher and Spencer Trapp gave the Nailers a 2-0 lead after the first 20 minutes, and the Fuel scored twice in the second period to tie the game.

For the second game in a row, Siebenaler was the hero after he broke the tie with 1:23 remaining in the game.

D'Orio earned another win after stopping 41 of 43 shots.

The Nailers went 0-for-5 on the power play and 4-for-4 on the penalty kill.

• Nov. 23: at Fort Wayne, 5-4 overtime loss
The Komets opened the scoring 5:45 into the first period, and Hawkins tied the game with 1:30 remaining in the opening frame.

The Nailers got goals from Butcher, Cam Brown, and Ryan Scarfo all within a span of 2:15 early in the second period, then allowed three goals from the Komets in a span of 3:53 late in the period.

After a scoreless third period, the game went into overtime. The Komets' Alan Lyszczarczyk scored at 1:33 to win the game.

Jordan Ruby took the loss in net with 40 saves on 45 shots.

• The Nailers’ record of 8-5-3 has them sitting in fourth place in the six-team Central Division, six points out of first place.

• The Nailers will have a home-and-home with the Fort Wayne Komets (9-6-2) on Wednesday and Thursday, with the first game being in Wheeling. They'll host the Kalamazoo Wings (5-8-2) on Saturday, and the Toledo Walleye (9-5-1) on Sunday.

Drozg scored twice against the Cyclones:

Siebenaler and Hawkins teamed up for this one with five seconds remaining against the Cyclones:

Trapp's goal was his first as a pro:

Siebenaler played hero again late in the game against Indy:

One of the Komets lost the puck in his own zone and Cam Brown capitalized:

Warming up for Nailercon with a lil Chel action🏒
🎮 @mylespowell94 as the Nailers vs @cbrown17_ ALSO as the Nailers🎮
Get in on the gaming action this Saturday as we team up with the @KnightsGG for Nailercon!
🎟️ https://t.co/KAPROAAHUs pic.twitter.com/VcNafdT1VN

Share
Tweet
Email
No Crosby? No problem in picking up points
J.T. Miller: ‘It always means a lot, coming back’