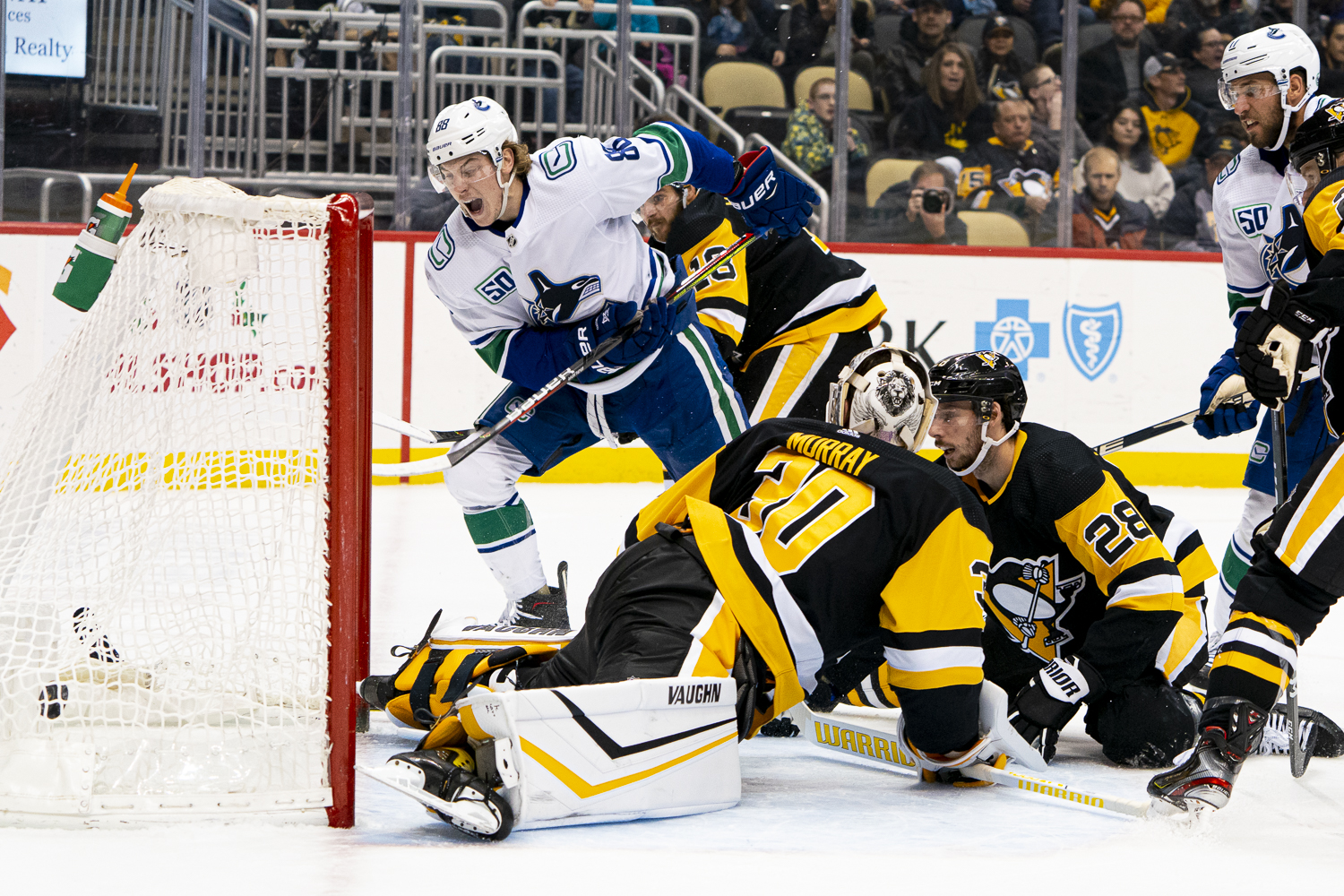 Two hours before the puck dropped between the Penguins and Canucks at PPG Paints Arena on Wednesday evening, Mike Sullivan announced that Matt Murray would be the starting goaltender.

"We try to make the most informed decisions that we can," Sullivan said of the decision. "We try to consider everything, then we figure out what is important and what isn’t. ... This is a week where we have four games in six nights and both guys are going to get work.”

In the final minute of the second period, Jarry entered the game after Murray allowed four goals on 14 shots.

Let's break those down:

Share
Tweet
Email
Sunday’s Best: Thankful for comeback goals
Letang ‘knew we had a chance to come back’ ☕