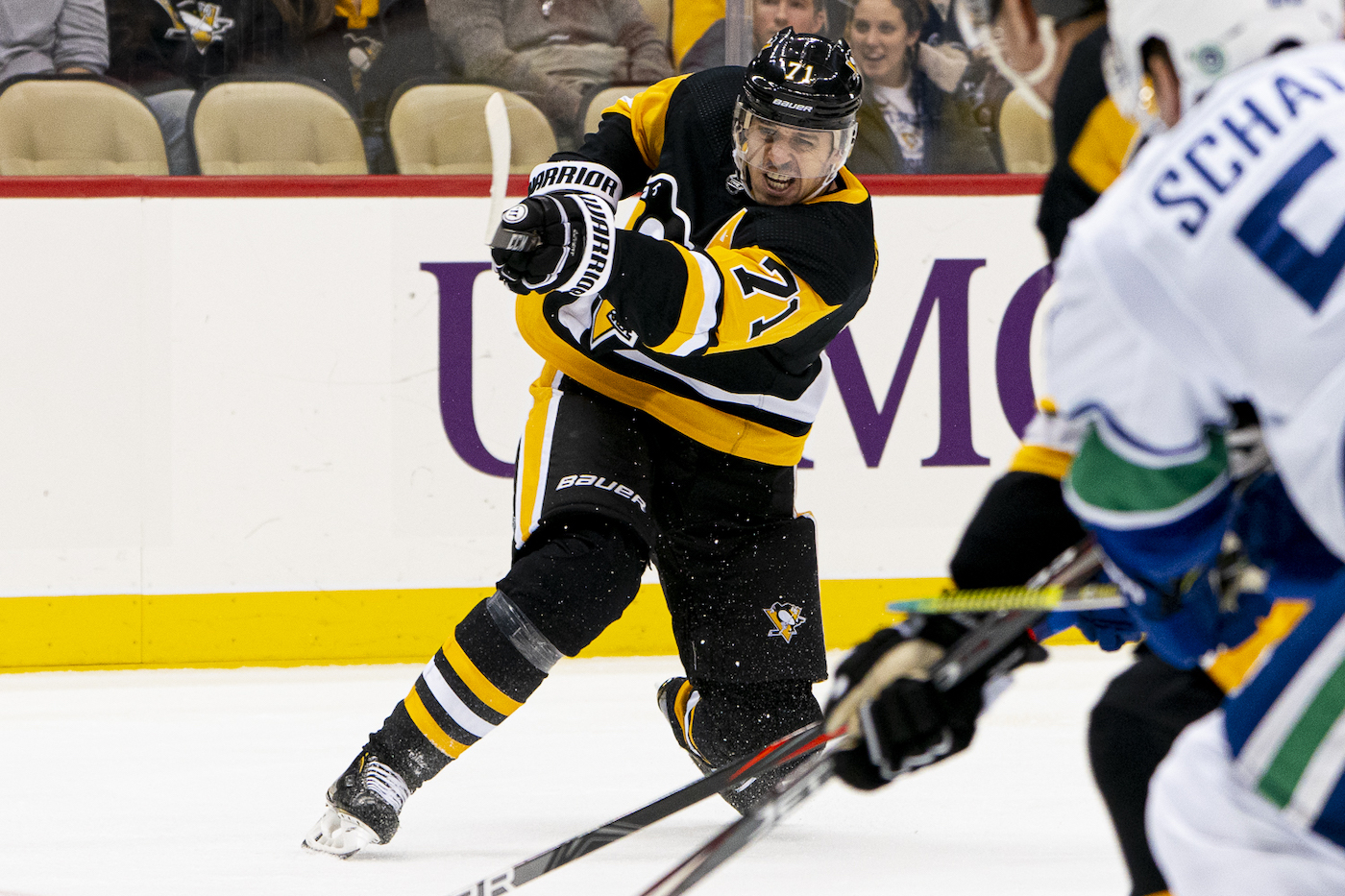 This was Evgeni Malkin late Wednesday night. We'd just wrapped up an extended talk, our first in far too long, and this was what I'd heard upon beginning to walk away.

He was worried I'd take too far any praise for the virtuoso performance everyone had just witnessed in the Penguins' prodigious 8-6 comeback vs. the Canucks at PPG Paints Arena. You know, two goals, three assists, 10 attempted shots, 11-7 in the circles, all that.

He shouldn't have worried, though. Because I can't take it too far.

I'll get to the splashy stuff in a spell, but the last sequence I'd cited to him before breaking off was this:

On our city's traditional Thanksgiving Eve game, one that thrilled the throbbing home-for-the-holidays 18,465 on hand, this was ... well, this was one of those that had been seen from the seats. Because the speed, the skill and the fluidity with which Malkin achieves everything here is vintage. And I'm applying the adjective in its purest form.

• He tracks back on Vancouver's Tyler Graovac at center red, slows him and forces him to dump behind Kris Letang. (And on this particular night, Letang needed all the help he'd find.)

• Upon seeing Matt Murray was about to whisk the puck further along the end boards, Malkin gets his jets going the other way. No stop. No spray. One motion.

• When the Canucks' Tim Schaller throws his body against the glass to try to keep the puck in the zone, the carom drops in front of a moving Malkin and he whacks it out of the air -- this is part of what's tough to pick up on video -- then seamlessly recaptures it on his blade in full stride. This is ... words fail me here.

• He's then right back at center red, absolutely flying, and he flicks the puck on his backhand over the outreached stick of Vancouver's backpedaling defenseman, Troy Stecher, and I've just to got to offer a closer look at this ...

... before Stecher's left with virtually no choice but to commit interference.

Which put the Penguins on the power play, and which led to Malkin setting up a Bryan Rust slam dunk for a 2-0 lead.

Right. Because this could be something more.