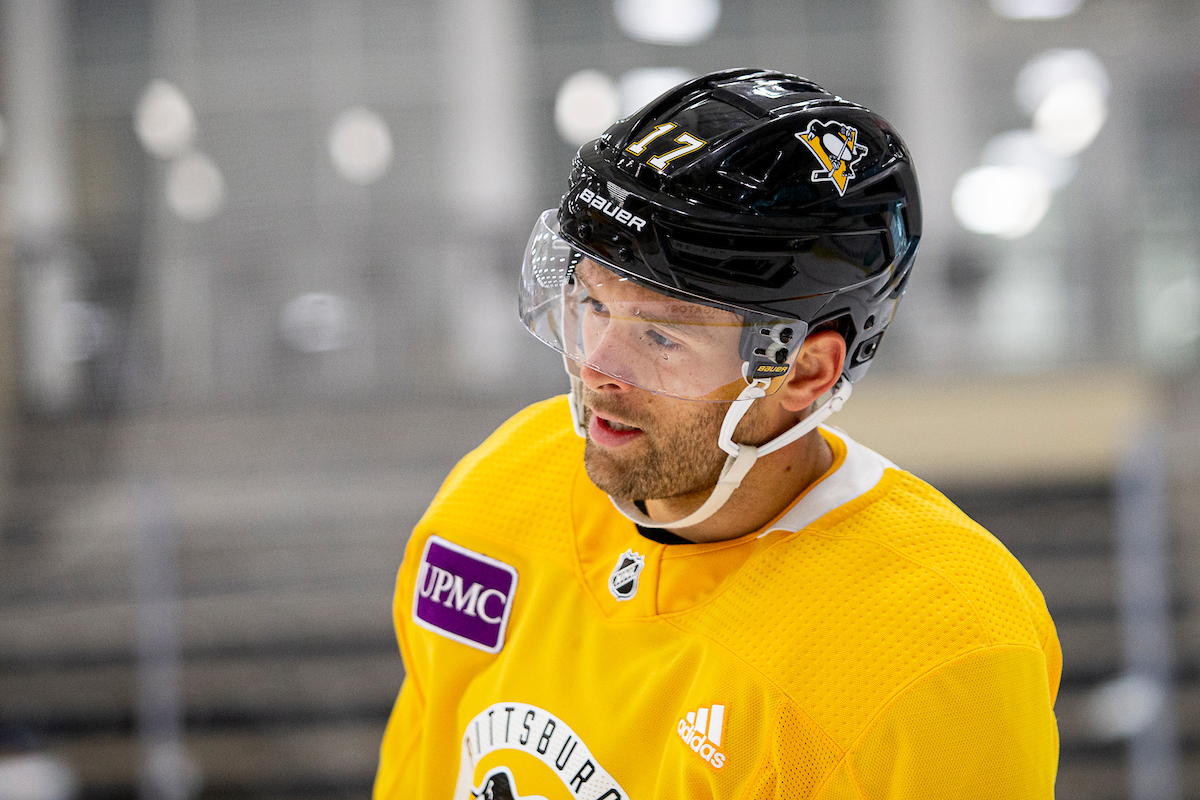 ST. LOUIS -- Bryan Rust will miss his second consecutive game when the Penguins face the Blues tonight at Enterprise Center.

How many more, if any, he might not be available for remains to be seen.

"We sent him back to Pittsburgh to get evaluated," Mike Sullivan said this evening. "Right now, his status is day-to-day. I'll probably have more specific information when I get back (to Pittsburgh)."

Rust suffered an unspecified lower-body injury when he went hard into the boards during a game-day skate in Columbus Friday morning.

He has been one of the Penguins' most reliable contributors this season and is tied for third place in the team scoring race with 17 points on nine goals and eight assists. He is second in average points per game (1.21) because he has appeared in just 14 after missing 11 because of a hand injury sustained when he blocked a shot during the preseason.

What's more, he is a regular member of the Penguins' penalty-killing unit and recently has received time on the No. 1 power play.

"He's been one of our better players," Sullivan said. "He plays in all situations. He's really good on our penalty-kill, he's been great five-on-five, he's scoring goals for us.

"Under the circumstances, with some of the injuries we have, we have him on our first power-play unit, so we've used him in so many different situations. He's been one of our better players -- and one of our more consistent players -- since training camp. He's not an easy guy to replace."

Rust isn't the only regular who won't be available against St. Louis. Sidney Crosby, Justin Schultz and Nick Bjugstad also are unavailable because of injuries, which means the Penguins' total of man-games lose this season will hit 100.