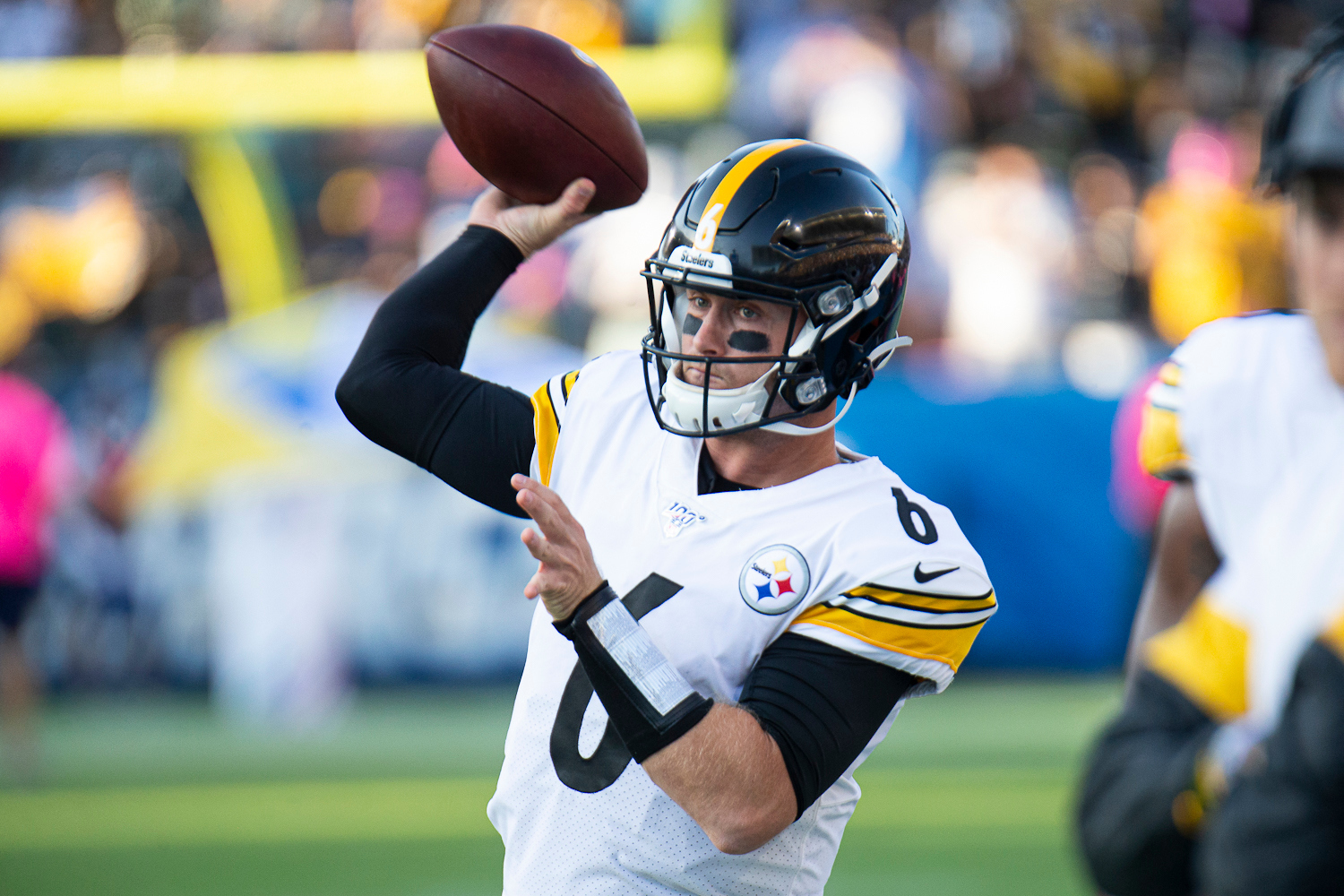 Are you ready for Round 2?

The Steelers and Browns certainly are, though the combatants -- literally -- are going to be much different for the rematch from Cleveland's 21-7 win two weeks ago over the Steelers.

That game ended in a brawl that left 33 players fined, four suspended and a lot of bad publicity for both teams, and the NFL in general.

Steelers center Maurkice Pouncey? He's serving the last of the two-game suspension he received for his part in the brawl that ended that game in Cleveland Nov. 14.

Browns defensive lineman Larry Ogunjobi, suspended one game for shoving Rudolph to the ground from behind during the melee, will be back, but the Steelers don't expect any carryover from what took place in Cleveland. There's too much at stake.

"No, it cannot," Steelers guard Ramon Foster said of any carryover from that game. "It will probably be flagged early, but I can’t see it coming from our end. We’re going to play ball. Look at what we’ve got. We’ve got a lot of different moving parts, especially on offense. It was our offense vs. their defense. We’ve got a very young group of guys and we’ve got to capitalize on every opportunity we’re going to get."

As the calendar turns over to December, the Steelers (6-5) currently have a precarious hold on the sixth and final playoff spot in the AFC. The Browns (5-6), winners of their past three games, are nipping at their heels.

The Browns are viewed as one of the hottest teams in the league. But people seem to be overlooking the Steelers, who have won five of their past six, with that only loss coming at Cleveland.

With a win, the Steelers feel they can not only keep their own playoff aspirations alive, they can deal their rivals a serious blow to their own and avoid a two-game losing streak to the Browns for the first time since they lost the second meeting in 1999 and first in 2000.

"They won the last game," linebacker Bud Dupree said. "We want to win this one as a statement in the division and for the playoffs. This is a must-have game that we want to win."

But it obviously won't be easy.

As they did last week against the Bengals, the Steelers will again be playing without leading rusher James Conner, leading receiver JuJu Smith-Schuster and Pouncey, their only All-Pro player from a year ago.

And they'll have Hodges making his second career start after replacing an ineffective Rudolph in the third quarter last week.

Hodges led the Steelers to a 24-17 win against the Chargers in Los Angeles subbing for an injured Rudolph Oct. 13, but he's thrown just 40 NFL passes.

"I definitely think I’m better just because each and every day I can get better," Hodges said. "My first start, there was a lot to learn from."

The Steelers can't afford for that learning curve to include turnovers. Rudolph was pulled because he threw five interceptions in six quarters, including four in the loss to the Browns.

Both teams know they have no margin for error thanks to the way they started the season. The Steelers started 1-4 as they adjusted to life without Ben Roethlisberger, while the Browns won just two of their first eight games.

“A playoff atmosphere,” Browns quarterback Baker Mayfield said. “This game means a lot to both teams. Looking at the bigger picture, we talk about the singular focus, but there is no hiding how much this one really means.”

There might still be some lingering bad feelings from the previous matchup. There might be some residual anger. But neither team is in a position to allow that to be an overriding factor.

There's just too much at stake. It is, as Mayfield said, like a playoff game.

That in itself should make the game more than intense enough.

"Definitely, especially when you’re playing teams that are in it, as well," Steelers guard David DeCastro said. "You know they’re going to give you their all.

"I think it naturally just happens. It’s the natural pace. There’s more to play for. Everybody plays harder."