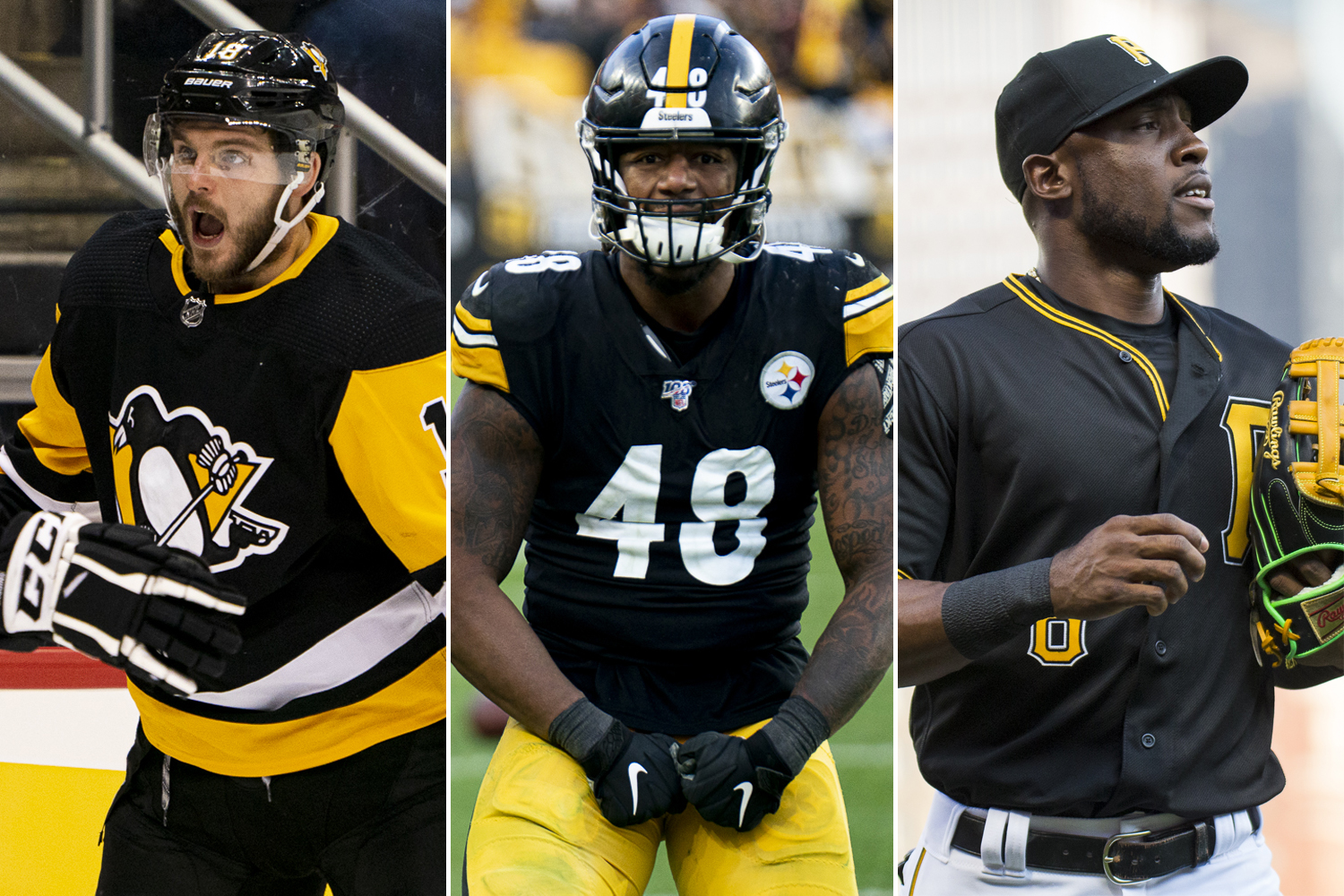 Alex Galchenyuk has two goals in his first 19 games with the Penguins, which is hardly the kind of production they anticipated when they acquired him from Arizona in June.

Turns out that the guy who coached him with the Coyotes last season has been expecting more from Galchenyuk, too -- and still seems pretty certain that Galchenyuk will start to score at the pace many predicted.

"When we made the deal, I had a feeling he was going to have a really good year," Rick Tocchet said. "I know he didn't have a training camp and he got hurt and was out for a lot of games. That hurts a guy like him, because I know he worked out hard this summer. I'm a big fan. He's a good person, and I was hoping he'd have a really good year. He was great to me. They're going to need him down the stretch. Once he gets his legs and starts feeling better, I think he'll start filling the net."

Part of the reason he feels that way, Tocchet said, is Galchenyuk's work ethic.

"He does anything that he can for hockey," Tocchet said.

The best evidence of that? Galchenyuk had an oversized garage at his residence in Arizona, and paid to have a very large -- roughly the length of the Penguins' locker room, he said Thursday -- sheet of fake ice that was suitable for skating and shooting installed in it, so he could work on his game when he wasn't at the rink.

That kind of commitment, Tocchet said, makes Galchenyuk's breakout from his goal-scoring struggles pretty much inevitable.

That proviso is understandable because Galchenyuk, who scored the Penguins' final goal in their 3-0 victory against St. Louis Wednesday, will get his next chance to pad his total this evening, when Tocchet's Coyotes visit PPG Paints Arena at 7:08 p.m.

• The Penguins have received considerable praise -- and deserved every syllable of it -- for the way they've remained highly competitive despite losing key players such as Sidney Crosby, Evgeni Malkin and Kris Letang for extended stretches during the first half of the season. What doesn't seem to get mentioned much is it is possible, in large part, because the players have had a renewed buy-in to the coaching of Mike Sullivan and his staff. Sullivan is about to complete his fourth year behind their bench and many, if not most, NHL coaches have hit their expiration date after that long with one team. But rather than tune out Sullivan, his players have embraced the responsible two-way game that he's been preaching, have a renewed commitment to the way he wants them to do things. The evidence of that can be found in statistics like their shots for, shots against rankings. And maybe -- if the Penguins continue to play the way they have for the first two months of the season and the rest of the league begins to figure out why -- in the broadcasters' voting next spring for the Jack Adams Award, which goes to the NHL's coach of the year. -- Molinari

• Stefan Noesen, the latest player to commute on the shuttle between Wilkes-Barre/Scranton and the major-league roster, grew up in the Dallas suburb of Plano, Texas, an area where football, not hockey, is the dominant sport. Noesen, though, didn't play the game in high school, having already relocated to Michigan to pursue his interest in hockey. And he had a pretty good reason for focusing on the sport he chose. "My dad was from Chicago," he said. "A big Blackhawks fan." His father's loyalties presumably switch as Noesen changes teams -- the Penguins are his fourth NHL organization -- although Noesen said his own haven't changed since when he idolized future Hall of Famer Mike Modano during his days with Dallas. "Still am (a Stars fan)," Noesen said. If nothing else, that proves that he doesn't hold grudges. Noesen had a tryout with the Stars this fall, but didn't get a contract and ended up accepting a minor-league deal in Wilkes-Barre before signing with the Penguins this week. -- Molinari

• When Carolina Panthers owner David Tepper fired head coach Ron Rivera earlier this week and announced his intentions to hire an assistant GM and vice president of football operations, some national media types immediately speculated the Panthers could go after Steelers GM Kevin Colbert. That's not going to happen. Even though Colbert is on a one-year deal -- at his own request -- he's going to do only one of two things after this season. He'll remain with the Steelers or he'll retire. He's not relocating to Charlotte, N.C., at this point in his life. That doesn't mean, however, that Tepper, a former minority owner of the Steelers, won't make an attempt at a hire from within the organization. One that would make some sense would be going after Steelers Football Administration Coordinator Samir Suleiman for one of the two positions. -- Dale Lolley at Rooney Complex

• Bud Dupree was penalized for roughing the passer in the fourth quarter of last Sunday's 20-13 win over the Browns, a penalty CBS Sports NFL rules analyst Gene Steratore said earlier this week on WDVE was probably because Dupree hit quarterback Baker Mayfield too hard. Dupree agreed. "Yeah, exactly," Dupree told me. "That’s exactly what it was." The penalty came with 1:36 remaining in the game and gave the Browns 15 yards and a first down. Joe Haden intercepted Mayfield two plays later to seal the Steelers' victory, but things could have gone the other way, something about which Dupree said isn't fair. "Sometimes, I feel like the league should apologize for things like that," Dupree said. "If it would have cost us the game, we’d be talking about a whole other situation. They’ve got to accept their responsibility, too." Dupree was not fined for the foul, which means the league office didn't think it should have been a penalty, either, since personal fouls generate fines if the league office thinks they were legitimate calls. -- Lolley

• Nobody knew it at the time, but the Steelers played a pretty difficult schedule to open the season. How difficult? There are five teams with 10-2 records in the NFL. The Steelers played four of them in the first five weeks of the season. Is it any wonder the team started the season 1-4? "I’ll catch them on prime time TV and say, ‘We played them.’" Cam Heyward told me. While the Steelers lost all four of those games against the 10-2 teams, three went down to the wire, as the Steelers lost to the Seahawks (28-26), 49ers (24-20) and Ravens (26-23 in overtime) by a combined margin of nine points. They led all three of those games in the second half. Only a Week 1 game at New England was a blowout. If the Steelers keep winning, there's a chance they could see some of those teams again. They do know they will definitely face the Ravens again in Week 17. "We let those slip away," Heyward said. "Those teams are playing well. I want to try to get those teams back." -- Lolley

• Seismic as the change has been at 115 Federal, there sure are a lot of familiar faces still in the fold, too. Even scouting director Joe DelliCarri and player development director Larry Broadway, who oversaw the two weakest areas of baseball operations under Neal Huntington. And, speaking bluntly, it's not a great look. But when I poked around about this a bit at PNC Park this week, the best explanation I got came from a team exec: "It's December." Translation: Musical chairs in Major League Baseball have long since ended, and there aren't exactly people for those roles roaming the streets this time of year. Read into that what one will. Additionally, though, Ben Cherington has gotten to know both DelliCarri and Broadway and feels he can trust them. And being that Kyle Stark was tossed out the day before Cherington's introduction, it's safe to assume all concerned saw Stark's authoritarian presence as the real problem. -- DK

• For fullest context, readers will recall that I did report a few days before Cherington's hiring that, if he'd end up getting the job, there was a much stronger chance that he'd keep more of Huntington's people in place. That's how it turned out. -- DK

• A source close to Starling Marte tells me Marte doesn't have a tinge of regret over his recent remarks about preferring to play for the Mets or another contender. He knew that stance wouldn't be received well in Pittsburgh, including by the public, but he stands by his right to voice his opinion. Which he most certainly did. -- DK

• To repeat from my Wednesday column, Marte's a goner. Not because of the remark, which genuinely doesn't appear to have fazed anyone with the Pirates, but because he can bring the biggest, most immediate return in younger players. They're set on this, even if it has to wait to the next trade deadline. -- DK

• With the Pirates clearly in need of a catcher, one name I'm hearing pop up is Kevan Smith. Smith, who was born in Pittsburgh and who played both baseball and football at Pitt, was recently non-tendered by the Angels. Now, the 31-year-old Smith is looking for work, and a source close to the situation tells me Smith and his team are in talks with Cherington to take a long, close look at the hometown kid. Last year, Smith slashed .251/.318/.393 with five home runs and 20 RBIs in 191 at-bats across 67 games. -- Hunter Homistek in Louisville, Ky.

Share
Tweet
Email
Rust, Schultz practice; Letang, Johnson miss practice
No. 1 task vs. No. 1 Louisville: ‘Do what we do’