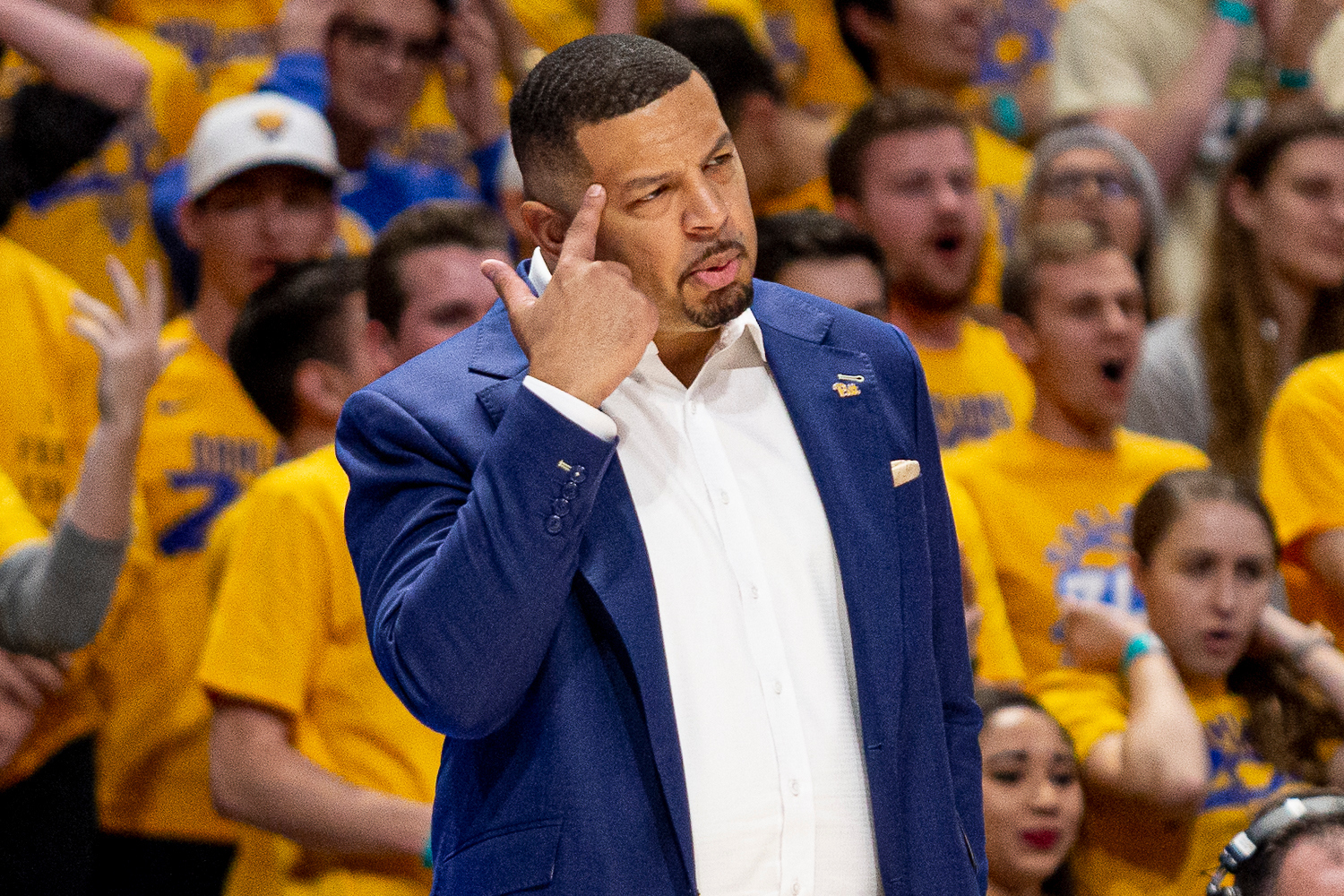 It's not "just another game." Not this one.

Pitt travels to Louisville Friday to face the 8-0, No. 1-ranked Cardinals at the KFC Yum! Center, putting its five-game winning streak on the line in the process.

Facing the No. 1 team, in-conference, on the road, in your 10th game of the season, just as you're hitting your stride as a unit?

Yeah, this one's different — and Jeff Capel isn't about to deny it.

"It's an amazing opportunity for us," Capel was saying during his press conference Thursday at the Petersen Events Center. "We're excited about it. It's not just another game. It's a conference game. It's our first conference road game. We're playing against the No. 1 team in the country. We know it's an incredible challenge, but as a player and as a competitor, you want to be in these situations, so we have to go and try to make the most of our opportunities."

Capel knows it. So how about the players? Is there a heightened sense of focus?

I asked Capel, and he dropped the perfect response:

"I think we're always focused and try to be prepared," Capel responded. "So I wouldn't say it's anything 'heightened.' I think they're excited about the opportunity, but I wouldn't say anything 'heightened.' To me, if I say that, then it means that we don't take every game seriously and we don't take every game at the highest level. And that's not what we do. We've tried to adopt the theory — or the mindset, I should say, not the theory — the mindset since I've been here that every game's the most important game because we're playing. It doesn't matter who we play. We're not there yet, but we're taking some steps. But I do understand that this is a huge opportunity."

When the ball tips off in Kentucky, part of that challenge ahead will include containing 6-foot-8 junior forward Jordan Nwora, who is averaging 21.9 points-per-game on 48-46-86 percent shooting splits. Add in 6-foot-10 center Steven Enoch, sharpshooting guard Ryan McMahon and company, and it's no surprise Louisville has captured the top spot in the country early in the 2019-20 season.

"We just have to guard them," Capel was saying. "We have to do what we do. We've been pretty good defensively, so hopefully we can do a great job. We have to have an awareness for Nwora. He's the best scorer in our league. He's relentless in his pursuit to score the basketball. He can do it at all three levels."

• Pitt freshman Justin Champagnie didn't score a point in Pitt's latest win, a 71-60 victory over Rutgers Tuesday at home, and was seen putting up shots long after most had gone home as the crew tore down inside the Pete. I asked Capel how he's seen Champagnie rebound from that performance and what he expects from him moving forward:

•  Pitt ranks third in the ACC in offensive rebounding percentage (.354), with Eric Hamilton leading the way there. He's 13th in the ACC with 2.33 offensive boards per game and has 15 total in the last four.

•  Pitt will need to get to the line against Louisville, which they've done well, with 15.6 made freebies per game. That's fifth in the ACC.

•  The backcourt trio of Xavier Johnson-Trey McGowens-Ryan Murphy has combined to average 35.6 points per game, 54.1 percent of the team's scoring through nine. Champagnie is also averaging over 10 a game with 10.9 per contest, despite his recent goose egg.