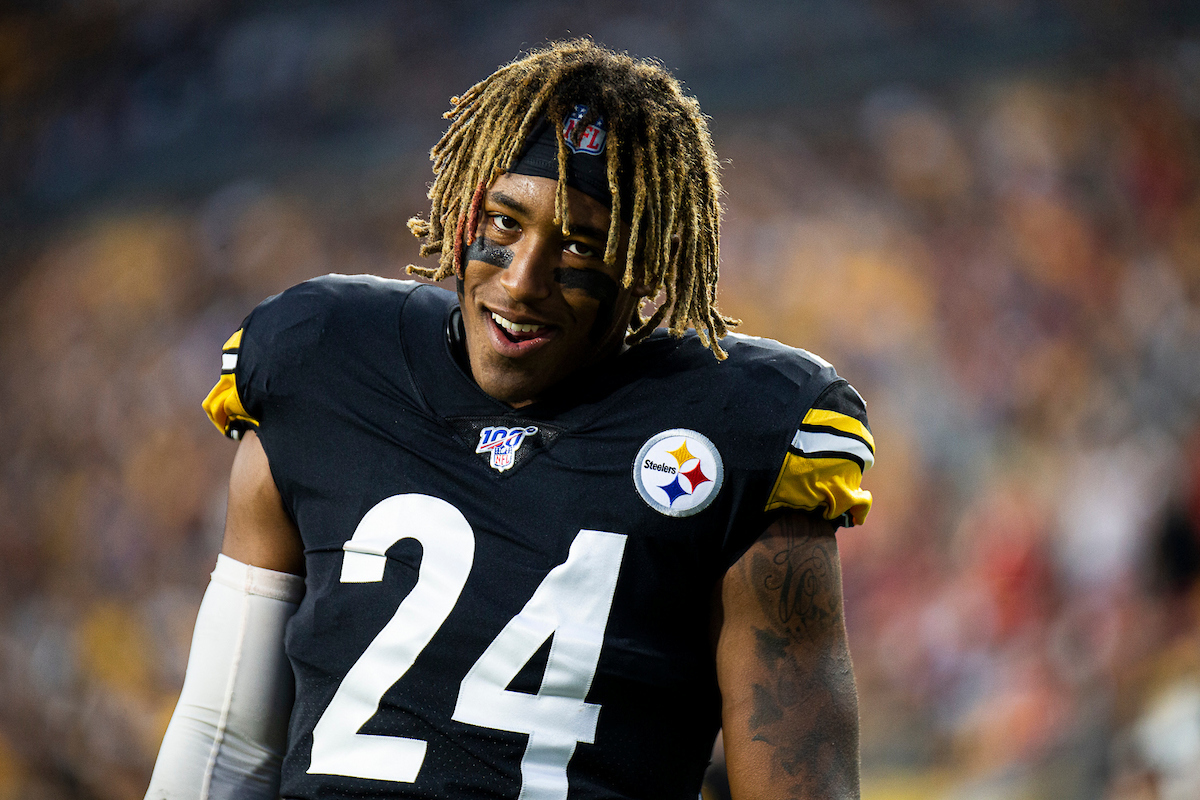 Are you ready for even more Benny Snell football?

The Steelers had better be. James Conner said Thursday that despite being limited in practice for the past week, his injured shoulder still isn't ready for contact yet.

That means Snell will again get the bulk of the carries for the Steelers (7-5) when they travel to Arizona to face the Cardinals (3-8-1) Sunday.

"Being smart. It’s as simple as that," Conner said of the shoulder injury that has sidelined him for four of the past five games. "Obviously, I’m a competitor and I want to be out there but (sigh), I ain’t ready."

The Steelers also will be without injured receiver JuJu Smith-Schuster, who missed practice again on Thursday with a knee injury that has kept him out of the past two games.

Conner initially suffered the sprained right shoulder Oct. 28 in the fourth quarter of a win against Miami, a game in which he gained a season-high 145 yards on 23 carries. He returned briefly Nov. 14 in a loss to the Browns in Cleveland, leaving the game in the first quarter after getting just five carries.

Coming off a Pro Bowl season in 2018, Conner has 390 rushing yards and 242 yards receiving on 30 receptions. His six total touchdowns still lead the team, despite the fact he hasn't played significantly in over a month.

In the meantime, Snell, a rookie out of Kentucky, has helped the Steelers produce back-to-back 100-yard rushing games in wins over the Bengals and in the rematch with the Browns.

Snell has rushed for 161 yards on 37 carries and scored his first career touchdown last week against the Browns.

Snell's hard-nosed style doesn't have a lot of flash. And there's very little dash. It's more about bash.

The Steelers have not run the ball well this season, ranking 26th in the league at 90.8 yards per game. But they've averaged 141.5 yards per game on the ground in their past two games.

Snell was coming off an injury of his own before returning against the Bengals. He had missed the previous three games with a knee injury that required a minor surgical cleanup.

The fourth-round draft pick had played sparingly as a runner to that point, seeing more action on special teams -- where the injury occurred -- but is making the most of his time back.

"It’s practice," Snell said when I asked what he did to keep sharp when he wasn't getting many carries early in the year. "Everybody could be different, but for me it’s practice, getting to compete with the guys. I was injured, so I had time off. That made me value football a lot more. I missed my teammates. That helped me."

"He’s a guy that’s coming along in a good way. I think that four weeks off with the knee injury stopped him from hitting that rookie wall," Ramon Foster said. "Some things are blessings in disguise. I think he got really rejuvenated. Seeing him in the locker room, he was hurting. Now, I think he sees it as a second chance."

And he's making the most of it.

He also continued to lean on Conner and fellow running back Jaylen Samuels, himself a second-year player, for hints and tips on how to handle the grind of the NFL season.

"James has been a big brother to me, telling me the way, showing me things to get my body right on the field, off the field," Snell said. "He helps me day to day. He’s done a great job."

He just can't do it on the field right now, though Conner isn't ready to shut things down for the season. He resumed practicing last Friday, taking some scout team reps. That has continued this week as he tries to keep himself ready to return.

When that might be, however, is anyone's best guess, even Conner.

"I’m just really taking it day by day, whatever that may be," Conner said. "I’m not going to count it out until we’re done for sure."

Share
Tweet
Email
No. 1 task vs. No. 1 Louisville: ‘Do what we do’
Is it finally Coyotes’ time to howl?