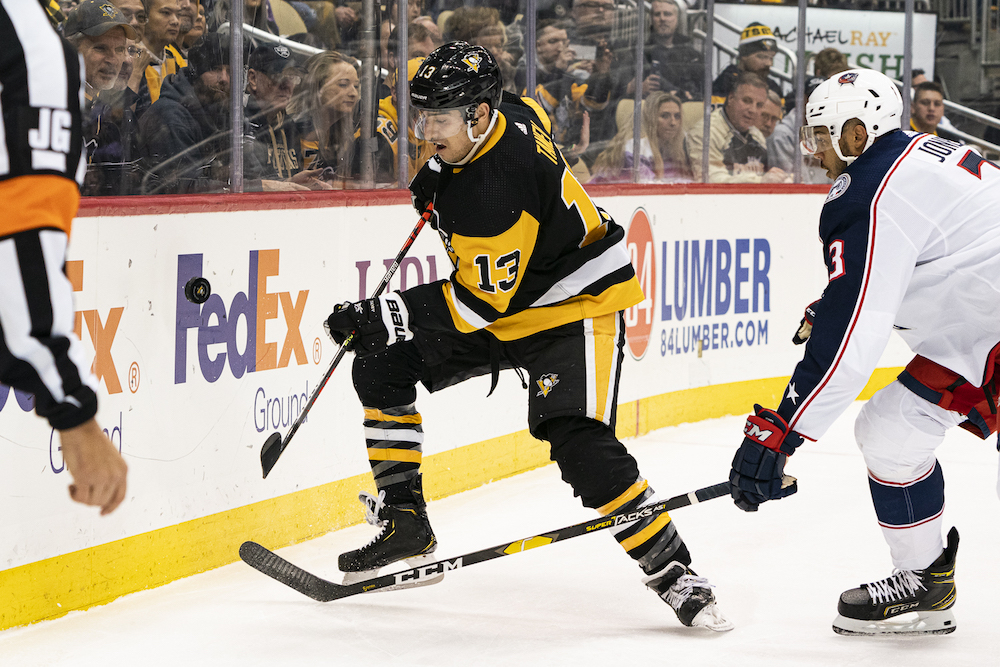 Brandon Tanev doesn't make much sense to me.

Didn't in Winnipeg. Doesn't in Pittsburgh.

And yeah, after the dude had just dived nose-first into all 63 minutes and two seconds of the Penguins' 1-0 overtime victory over the Blue Jackets on this Thursday night, I had the audacity to raise precisely that point with him.

Because for as often as I'd just witnessed him bashing someone, getting bashed right back, basically bouncing all about the rink ... it couldn't have been clearer that there wasn't a single chaotic element to any of it. Every time the situation dictated, he'd pump the brakes as hard as he'd just pushed the pedal. A hard forecheck would be followed, within a millisecond, by a backward-gliding, head-on-a-swivel passive positioning to cut off Columbus' next potential breakout lane.

"Yeah, I know what you mean," Tanev would reply with a soft smile. "With my personality, you always want to make the play, to do everything you can to make the play. But it isn't always there, and you've got to recognize the situations. I think our coaching staff does a good job of instilling in all of us how we're supposed to play within our system."

And in this one, with a quarter of the roster missing to injury or illness, with goose-eggs on the board all night until Bryan Rust finally broke through and Tristan Jarry had his 17-save shutout, any mistake was bound to be magnified, one would think.

"Absolutely. We know they play a sticky game, and we kind of thought it'd be a one-goal game in that sense. So you go out there and play your game, but you also trust your linemates and trust your system, and be smart in all three zones. That's the best way to contribute."

No doubt. But what he's describing isn't easily quantified. His counting-stats contribution to this one, for instance, consisted of zero goals, zero assists, one shot on goal, one penalty drawn, two giveaways, zero takeaways and a game-high eight hits. Which, while noteworthy with the latter, hardly would get him summoned out to twirl with the evening's three stars.

No, this requires a closer look, and I've spliced up a few scenarios in an attempt to illustrate: