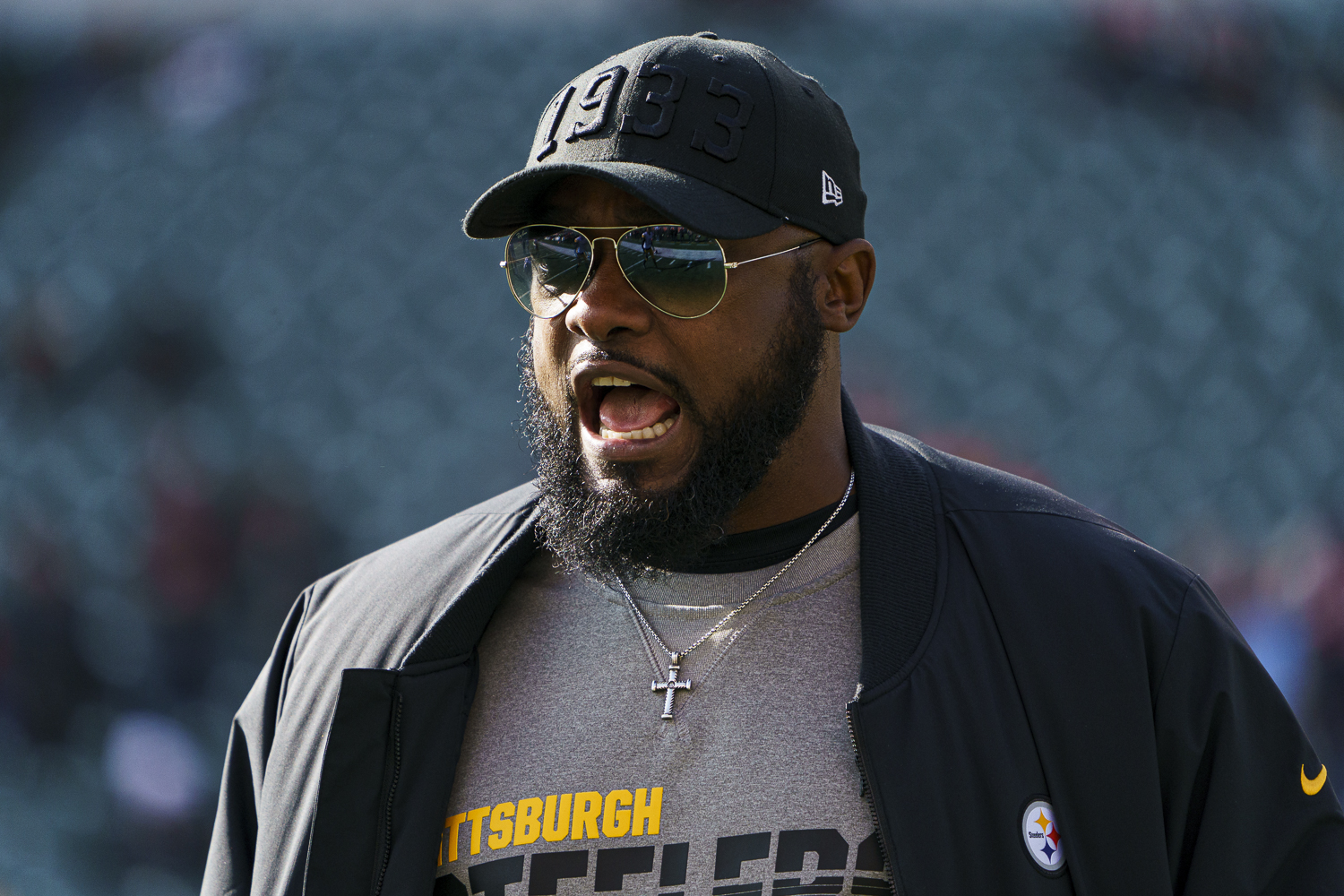 When the Steelers lost Ben Roethlisberger to an elbow injury two weeks into their season, many fans hit the panic button. The season was a lost one without the future Hall of Fame quarterback.

That angst picked up even more when the team sent its 2020 first-round draft pick -- and some others -- to the Dolphins for Minkah Fitzpatrick.

How could the Steelers trade away their pick in the first round in a season in which the expectations had changed so greatly? After all, the Steelers would surely be picking in the top 10, if not top 5 in next year's draft and could acquire their quarterback of the future.

But a funny thing happened on the way to that top-10 pick. The Steelers started winning. And they kept winning, pulling out of an 0-3 and 1-4 start to now sit at 8-5 heading into Sunday's showdown at Heinz Field with the Bills (9-4) in a game that could determine the two wild-card berths in the AFC playoffs.

It might be Mike Tomlin's best coaching job. Better than leading the team to a Super Bowl victory in 2008. Or back to the Super Bowl in 2010 when Roethlisberger was suspended for the first four games of the season. Or in 2013, when the team recovered from 0-4 and 2-6 starts to finish 8-8 and miss the playoffs only because of a missed field goal in a game between the Chargers and Chiefs.

Tomlin has led the Steelers to 133 regular-season wins against 71 losses and one tie. He's won a Super Bowl and been to another. But each one of the eight wins this season has come without Roethlisberger, the winningest quarterback in team history.

That the Steelers didn't react like many fans had and treat this as a lost season has not been overlooked by the 53 players remaining in that locker room. And the players point to Tomlin for that faith in their ability to continuing to win in the face of adversity. The standard, as Tomlin likes to say, is the standard.

"It’s just him being consistent. This year has been a year when your consistency can be challenged," Cam Heyward told me. "And he’s been more consistent than anybody. I think that’s the thing we’ve always appreciated because a lot of people would have tanked it all in."

Tanking has become a popular phrase in sports these days. But it's not a word that is in the vocabulary of those in charge of the Steelers.

Even after losing Roethlisberger. Even when Stephon Tuitt, who was off to the best start of his career, went down a few weeks later. Even with an offense that has started three different quarterbacks and used nine different starting combinations. Even with a team that has churned through 32 roster moves since the start of the season.

The Steelers weren't throwing in the towel. They have maintained their goal of winning the Super Bowl, however realistic or unrealistic that goal might or might not be.

"We have a way we do things here and it starts from the top and he just personifies that," Vince Williams told me. "He’s the person we look to for it. He’s always been that consistent, not-moving target. So it’s really easy to center yourself because that’s how he is. He asks us to do the same things he asks himself to do. That’s very unique and cool."

Tomlin took a lot of heat in the offseason for the way things soured with Antonio Brown, whom the Steelers were forced to trade to the Raiders after he essentially quit on the team prior to their regular season finale against the Bengals. The Steelers finished what had been a promising season, one they started 7-2-1, at 9-6-1 and out of the postseason. And Brown's very public divorce from the team caused a lot of finger pointing, much of it at the organization, Tomlin and Roethlisberger, who said little, if anything, to defend themselves.

The players in the locker room, the ones who knew everything that had happened, saw the organization and their head coach and quarterback being targeted -- unfairly, as they saw it -- for perceived injustices against the former star receiver.

But they bit their tongues as the PR nightmare unfolded.

"Yeah. There’s been no outside chatter going on," Foster said. "There’s been no craziness going on. It feels like everybody is like, you are who you are here. Nobody has to feel like they have to over perform."

And they don't have to walk on egg shells if the star receiver doesn't get the ball thrown his way. It brought this group together as a team.

"It starts with Mr. (Art) Rooney down through Coach Tomlin, who orchestrates everything else," Foster said. "Ask Joe (Haden) or ask Minkah the difference. They will tell you. I heard it the first time last week when we were in chapel together. Our team chaplain asked the question, ‘Is there anybody on the team that you just say, I don’t like that guy?’

Without Brown. Without Le'Veon Bell, who left in free agency after spurning the team's franchise tag offer and sitting out the entire 2018 season. And now without Roethlisberger, though he's expected to return in 2020.

Nobody seems to be worried about who makes a big play. There are no rumblings of dissatisfaction if one player gets the ball and others do not. And it comes from the head coach preaching it day in and day out, even in the locker room. Tomlin is a constant presence there, usually strolling through after each practice to check things out. He might stop and chat with a player or group of players. But he makes sure he does it daily.

"That’s just him. He likes to feel guys out," Foster said. "But he sees you and then he leaves. If we’re in a group as the o-line, he’ll stick his head in and then he’ll leave. There’s a sense of boss and worker. He does have that, but I don’t think he gets enough credit for it. People perceive it one way and it’s not the case. I always say he’s the uncle you don’t want to piss off. You go over to your uncle’s house and you can do whatever you want. But as soon as you come in at 12 when you were supposed to be in at 11:30, there’s a problem. You don’t do that. That’s how I’ve always felt. You love him and you’ll do anything for him because he’ll do anything for you."

That's gotten Tomlin the tag of being a player's coach. And largely he is. Just this season, he allowed the players to have benches on the sideline during practice because they asked. When they went to him and asked to leave earlier on Saturdays for West Coast trips, he agreed.

His door is always open, regardless of the time of day.

"Whenever I’ve had a gripe or a grievance or wanted to pick his brain on something, he’s been available," Heyward said. "Sometimes, he’s even more available. I text him at home and I know he doesn’t want to hear me whining and complaining about the little things in a game, but he’s able to have that individual perspective on things while still thinking about the big picture."

Because of that, his players like and respect him. But they'll also lay it on the line for him, as they've done this season.

That's been the case this season. The guy who has been called a cheerleader by some, a player's coach by others -- both in derogatory fashion -- has cobbled together a winning season. Without the star receiver. Without the star running back. Without the star quarterback. But he's done it because he's built a team and a team atmosphere.

"I think you get crapped on when you get labeled as a player’s coach," Foster said. "I think people fail to understand that you have to be able to understand your players. Ruling like a dictator, I think it works sometimes. But with our coaches, it’s open communication. Guys know how to be successful because you tell them how and why. There’s no guessing about what you should and shouldn’t be doing. He’s very transparent. He tells you how it is. And it’s working. Any other team would be folding under the circumstances that we’re in right now. A lot of it goes to the tone he sets for his players."