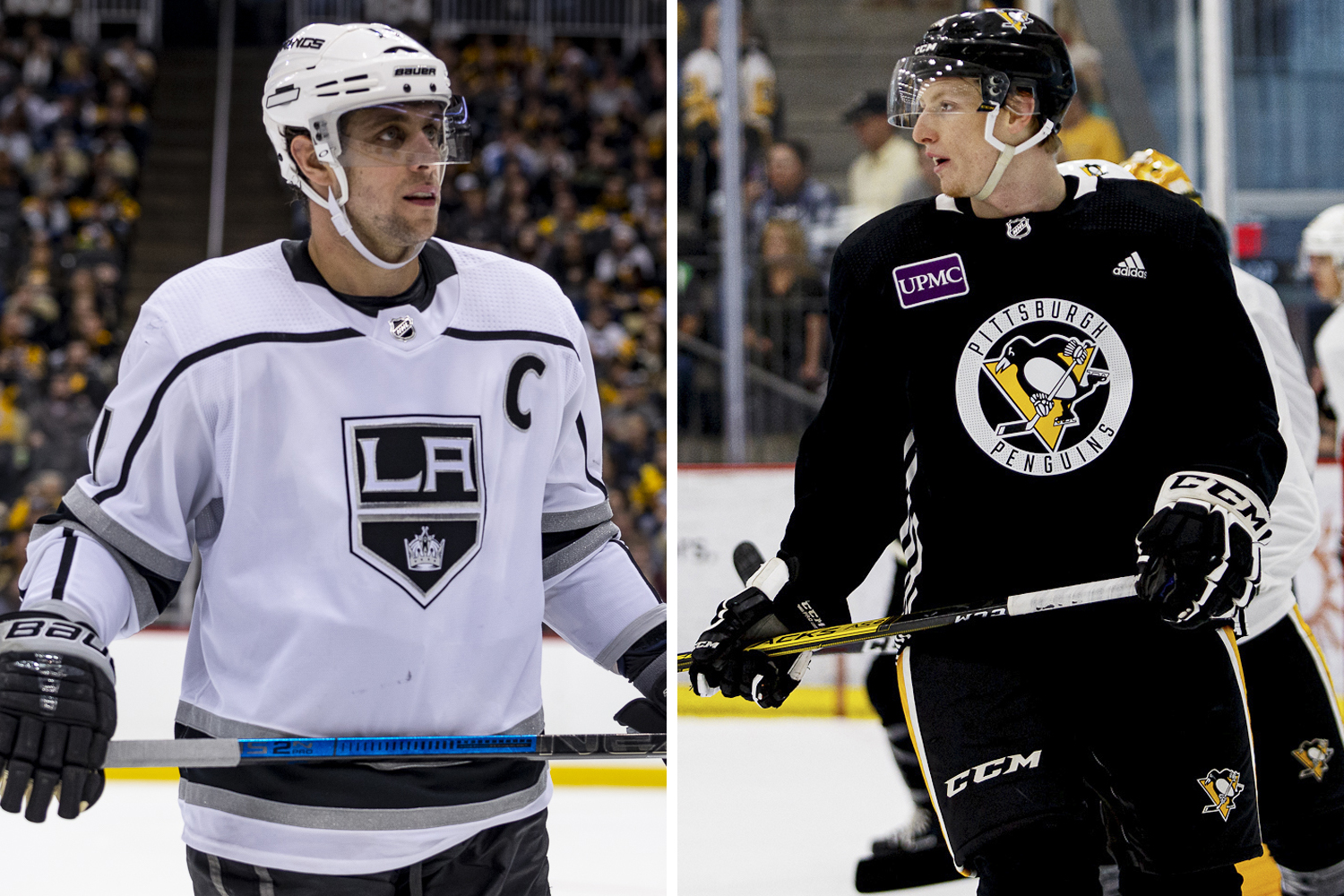 The Kings' annual trip to Pittsburgh last season fell the day after Slovenian Penguins prospect Jan Drozg led Slovenia to a World Junior Championship win in the Division-1 B tournament, finishing with four goals and eight assists in five games.

After the Kings' morning skate on that day last December, I waited out Anze Kopitar -- the only Slovenian player to ever be drafted higher than Drozg's fifth-round selection in 2017 -- and spoke one-on-one with him about Drozg's development. Kopitar called Drozg "one of the leaders and one of the best players on the (junior) team."

Since then, Drozg had another great showing on the international stage, but this time with the men's national team. Drozg was Slovenia's leading goal-scorer at the World Championship last spring in the Division-1 A tournament, scoring five goals and two assists in five games. He was tied for the team lead in points with Kopitar's two goals and five assists.

So, when Kopitar saw me waiting again for him after the Kings' morning skate on Saturday, he chuckled and said, "Oh, I can guess what this is about."

Kopitar and Drozg only saw five-on-five ice time together briefly in the tournament, as they primarily played on different lines. They did see power play time together, though. And Kopitar had high praise for Drozg's play.

"His skill is obviously very high," Kopitar told me. "He's got a great knack for goal-scoring. His hands are really good, his vision's good. He's fast. He's skinny, lanky, I guess 'slimy' would be the right word on the ice. It's not very easy to hit him. He's going to be a good player, he's going to have a good career."

Drozg started the season in the ECHL with the Nailers, where he put up 11 goals and nine assists in 20 games for a point-per-game pace. He was recalled to Wilkes-Barre on Dec. 7, and scored his first AHL goal in his third game of the season on Dec. 12:

Drozg and Kopitar are the only two Slovenian players playing professionally in North America right now, so Kopitar is following Drozg this season, even as Drozg is playing in the minors.

"I saw the other day he scored his first AHL goal, so I'm sure that's going to boost his confidence a little bit," Kopitar said.

This spring, the Division 1-A World Championship is being held in Slovenia's capital, Ljubljana. As long as Kopitar is healthy, he should be on that roster, given that his Kings currently rank last in the Western Conference and probably won't be making a deep playoff run. If Wilkes-Barre doesn't make a deep run either, Drozg would likely join Kopitar on that team. It'd make for a pretty strong team.

"It's pretty exciting," Kopitar said of potentially being able to play on his home ice. "I've been a part of a team where we played in Slovenia and won, and that was very exciting. We'll see how things go here, and if there's time it'll be interesting to go and play there."

As the Slovenian game grows, then maybe more players will make the jump and join Kopitar and Drozg in North America.

"I've said all along, hopefully there's more and more players that come from Slovenia," he said. "We'll see how that goes."