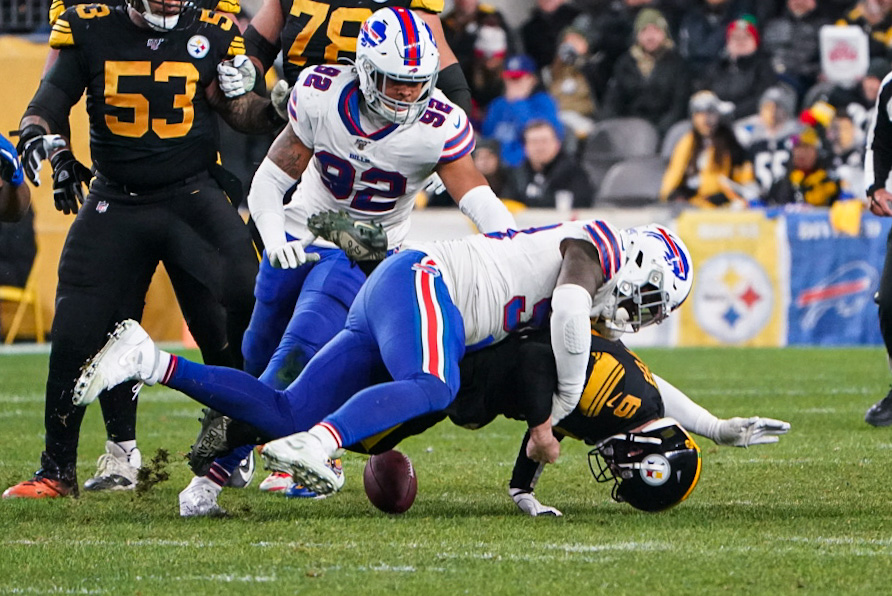 The Steelers' 17-10 loss to the Bills Sunday night at Heinz Field featured several factors that kept them one score from pulling off another win with their undrafted rookie quarterback, Devlin Hodges.

His throwing four interceptions among the team's five turnovers was the biggest obstacle for the team's second half comeback attempts, but much of that came because the Steelers abandoned the running game after 51 yards on 15 carries during the game.

I'll get into Randy Fichtner later this week, but the Steelers lost the trench war that I wrote they needed to win to pull this game off. Hodges couldn't be expected to win this game without a strong showing from the offensive line, and they had one of their worst days of 2019: