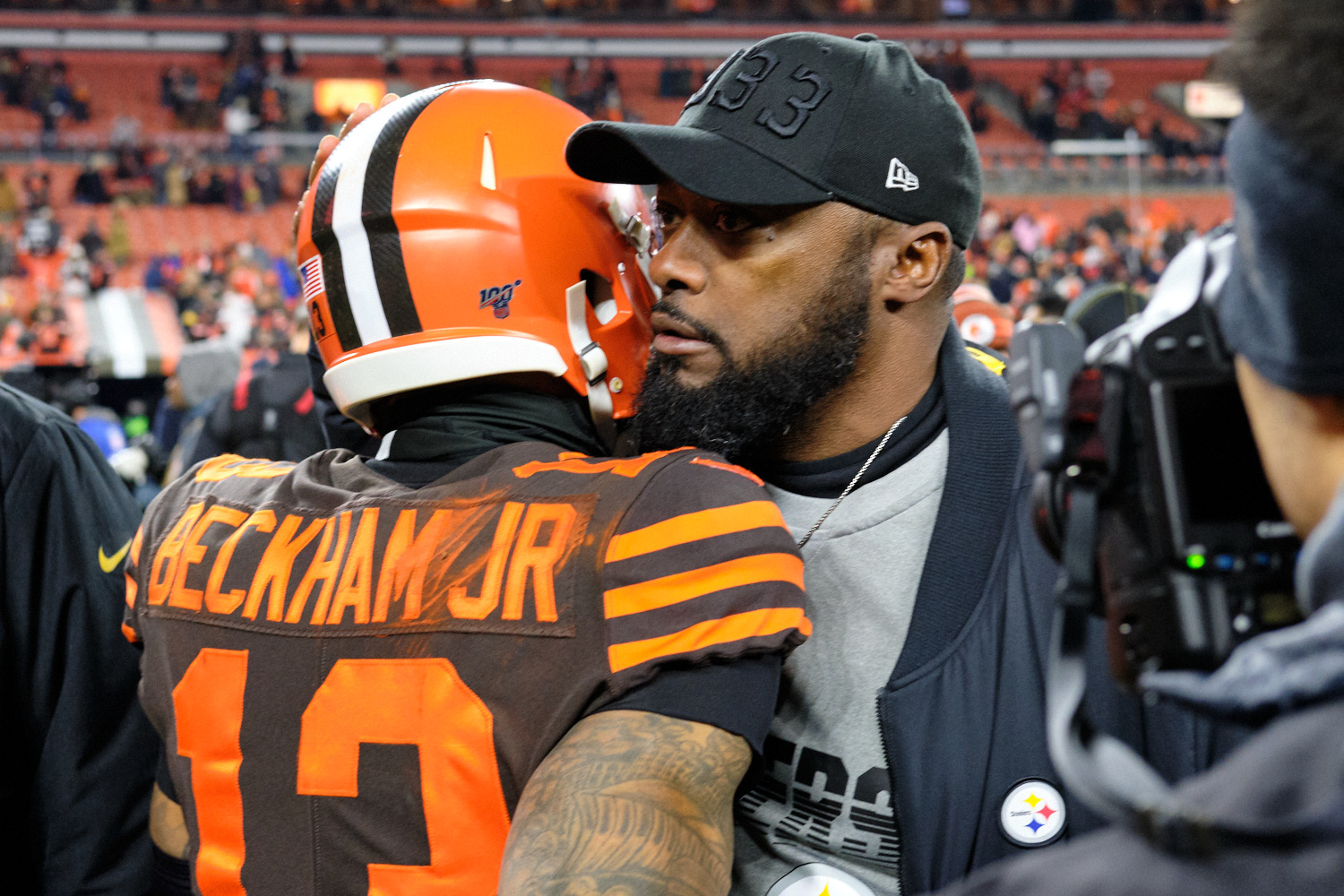 Hey, according to NFL Network's Aditi Kinkhabwala, Beckham, Jr., is in:

.@AKinkhabwala just told us on @923TheFan that Odell Beckham also told the Steelers to "come get him."

So now that's at least four teams according to reports

This isn't too surprising, given Beckham, Jr.'s recent comments.

“No one knows what the future holds tomorrow,’’ Beckham said earlier this month. “I couldn’t tell you what’s going to happen. My locker is right beside one of the men (Jarvis Landry) that means the most to me in the world. I think about just being able to come to work and see him every single day and how special this could be. I couldn’t sit here and tell you whether I’m going to be here, want to be here, don’t want to be here.

“This is exactly where I’m at now and I wouldn’t rather be anywhere else. In the offseason, everything will figure itself out. That’s just something I’m going to tune out for right now. Catch me in the offseason and we’ll see what happens. I don’t know God’s plan.”

More recently, just before the Browns' Week 15, 38-24 loss to the Cardinals, Jay Glazer confirmed that Beckham, Jr., still wanted out of Cleveland and that he was telling teams "come get me," matching Kinkhabwala's latest report. The Browns, of course, played the Steelers twice this year, splitting the series, so Beckham, Jr., certainly had his opportunity to let them know he wants to join the squad.

Does it matter? Nope.

Look, the Steelers need help at receiver, and despite his lackluster season — 67 catches for 910 yards and two touchdowns in 14 games — Beckham, Jr., remains one of the elite talents at the position in the league.

But this ain't it.

This Steelers team prides itself on its chemistry and the "brotherhood" they've cultivated, and adding a player like Beckham, Jr., to the mix could potentially ruin the recipe that's working for them. It's not worth considering, especially since he's literally quitting on his current team. That's not exactly the kind of team player these Steelers should pursue. Plus, things might be a little awkward with Steven Nelson at first anyway.

It's a hard pass from me, tempting as Beckham, Jr.'s talent may be.