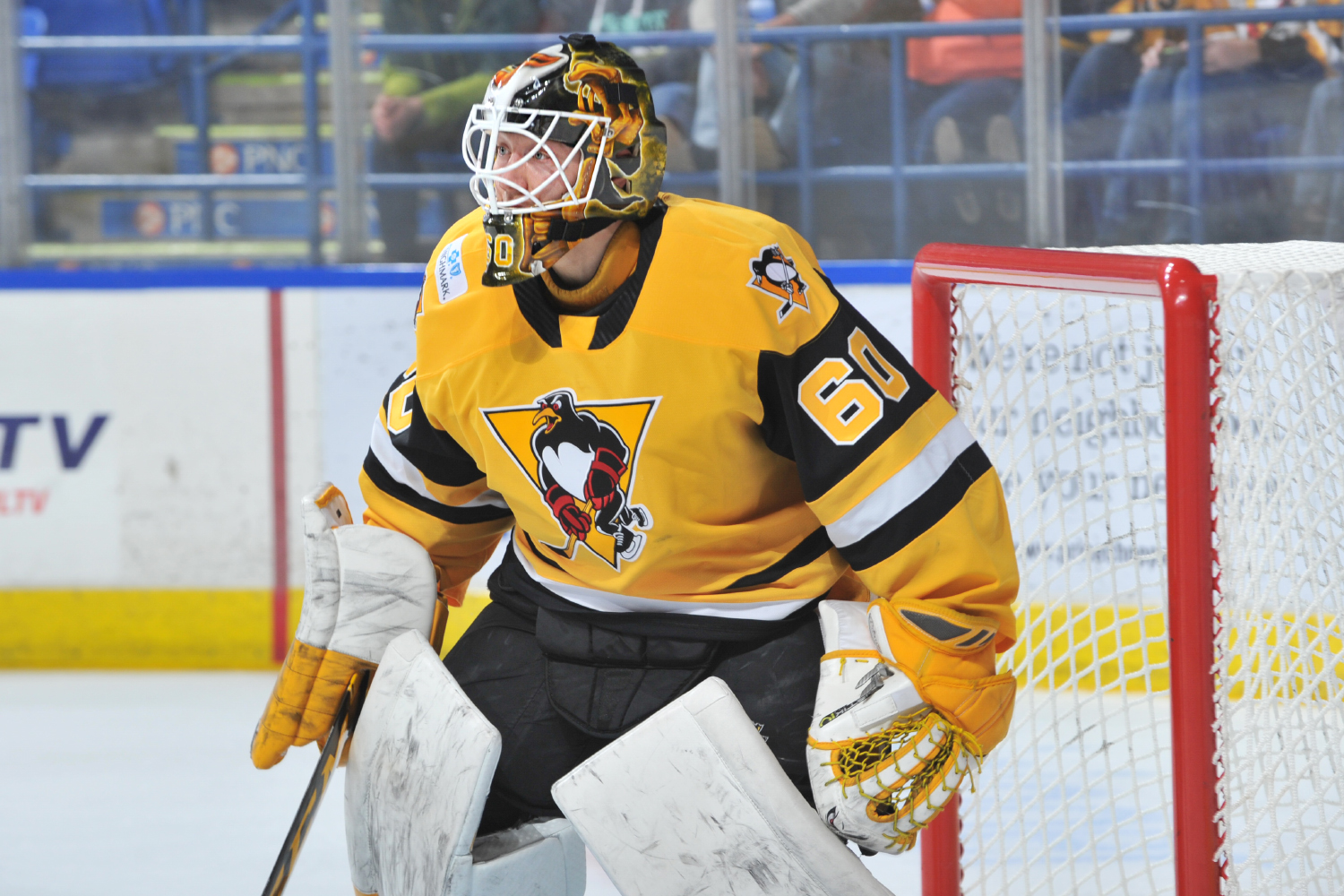 Goaltender Emil Larmi has been assigned from Wilkes-Barre/Scranton to the Wheeling Nailers, according to the AHL transactions page.

Alex D'Orio, the Penguins goaltending prospect in Wheeling, is injured and last played on Dec. 1. Veteran backup Jordan Ruby has been carrying the starter's load since then, and the Nailers acquired Andrew D'Agostini to back up Ruby while D'Orio is out.

D'Orio's injury allows Larmi to go down to Wheeling and get some regular playing time. Casey DeSmith is the starter in Wilkes-Barre, and Larmi and Dustin Tokarski have been rotating in the backup role. With Larmi's limited role in Wilkes-Barre, coupled with his month away from games due to a health scare, he's only played in five games this season. In those five games, he's posted a 4.43 goals-against average and a .861 save percentage.

Share
Tweet
Email
Determined Hodges won’t Duck reality: ‘I had a bad game’
Ward on ‘bittersweet’ game vs. Steelers: ‘I still want to beat those guys’