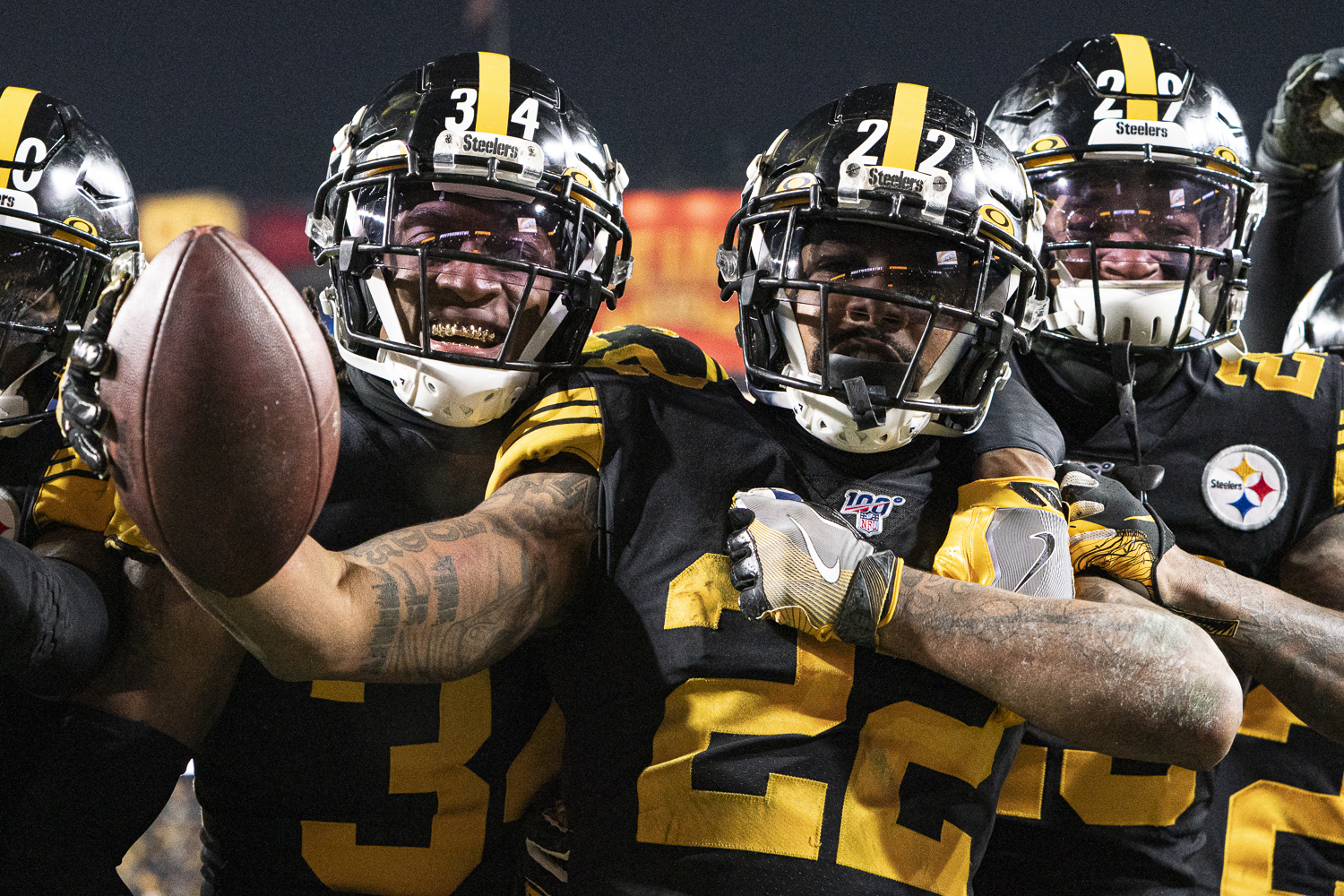 Professional football players make a lotta money. Not sure if you ever noticed that.

So, it's kinda tough to get too excited about Christmas and gifts around the holidays. Still, this represents a special time for these players and their families, so Thursday at the Rooney Complex, I took a stroll around the locker room and asked various players what they wanted for Christmas this year.

If they didn't want anything or couldn't think of anything, I pivoted and asked what they're most looking forward to giving.

This started with Maurkice Pouncey, who had a beautiful butcher block sitting by his locker all week. The irony here is that, as we established back in November, Pouncey isn't a foodie.

So why does he have a butcher block?

"Yeah, this was a gift. I think I'm going to give it to Ramon [Foster], re-gift it," Pouncey said with a laugh. "When you're that big, you gotta eat. He's cookin' and everything like that."

After that, the responses were selfless and right in line with the spirit of the holiday season. Here's what the Steelers had to say:

Matt Feiler: "I don't really know [what I want]. I don't really like the big gifts and stuff. I'm a gamer, so maybe something along the lines of that. I play PlayStation, Call of Duty ... Me and my wife are going to be having a kid in April, so we got my parents some stuff for the baby, and so we're really looking forward to seeing their reaction about it."

Samuels was stalling out, so I down-shifted to the backup: What does he want to give?

Then he looped back.

"If I wanted something? I don't know. Probably a car. I got a Range Rover right now, but I didn't pay for it. It was a gift for me when I was in college. But I want to pay for my own car. I don't know if I want to do that this Christmas."

And yeah, before you go there with the "getting a Range Rover in college" angle, I specifically mentioned how bad that sounds to Samuels.

"Oh, yeah, yeah," he said with a laugh. "That was from my dad, for real. You can write it. That really was a gift when I was a sophomore in college."

After Samuels, Steven Nelson brought the feels in full.

"In all reality, just for all my family to be here, you know?" Nelson said. "Which is having both of my kids in the same house. It's kind of the first time I ever had the chance or the opportunity. Me and my son's mom, we haven't been together forever, so it's kind of hard to coordinate holidays. It's the first time I get to spend Christmas with him, and I actually have my family from Georgia coming up, too. I don't mean to sound kind of arrogant, but after a while, you kind of have everything. You've been in the league for a while, and you kind of just have what you want. I just want everybody to be in the same house, happy."

That's a funny dynamic, I said. Not trying to be in your personal business, Mr. Nelson, but your contract details were public when you signed here as a free agent, you know?

"It's a blessing, man, because I don't even think about material stuff," Nelson responded. "Like you said, if I want it, I can get it — literally at my fingertips. So Christmas to me is just about spending time with loved ones and sharing those moments with each other."

"I feel like a lot of these guys, they feel grateful for where they're at, myself included, and want to be able to give back more to others," he said. "A lot of guys in here have the fortunate ability to get things when they need them, whether it be a little gift for themselves or for others. And I think a lot of people during this time — which is really awesome — everyone's about giving here. I noticed a lot of my teammates, no one talks about what they want. Everyone talks about what they plan to do for others, whether it's to go to the community, to give back to children's centers, to hand out turkeys like Coach Tomlin and Cam this week."

So what does he look forward to giving?

"I look forward to giving, I kind of had this planned out with my little brothers, to take them somewhere warm — they're not sure yet — after the season," Spillane said. "So I think we're going to go down to Florida. I have two little brothers, Henry and Timmy. They're a freshman and sophomore in high school, so, you know, they look up to me. I want to be a good role model to them and hopefully take them for a weekend after the season to Florida."

I shook his hand and started to walk away when it hit him:

"You know what I actually do want? A sous vide. And a freaking flamethrower for it. I think that'd be awesome."

As somebody who's used a sous vide cooker and a BBQ Dragon for years, I confirmed with Spillane that he would love that gift. I'm expecting the steak consumption in the Spillane household to increase tenfold after the holidays.

Then there are the Edmunds brothers — Trey and Terrell — who make for a fun Christmas storyline in the locker room. Who buys the best gifts out of the three brothers, including Tremaine, who plays linebacker for the Bills?

"I do. I buy the best gifts," Terrell Edmunds said.

"Man, you know, I'm gonna say me. I think I buy the best gifts, but we'll see when the day comes."

Sibling rivalry aside, what does the younger Edmunds, Terrell, want for Christmas?

"Top of my list? Spend time with family, man," he said. "I don't really need too much. Pretty much just spend time with people I care about. Man, it's a blessing. Everything is good. God blessed us a lot. It's time to share that blessing with others."

While Trey confirmed the same, he actually had a gift in mind too. And, man, it might be tough to track down.

"Socks," he replied with a laugh. "I need some nice, warm, fuzzy socks."

You're in the NFL, and you just want socks? Doesn't the team supply socks?

"Yeah, but they gotta be the right ones," he said. "They gotta be warm and they gotta have enough fluff on 'em. I've been hinting around [to Terrell] and stuff, but we'll see."

One locker over from Terrell, Justin Layne drew a blank.

"Oh, man," he said. "Pause that [recorder] for a little bit. Let me think. *laughs* I'm kind of like 'Rell. I want to spend time with my family, but for real for real, I don't ask for too much."

Capping off the session, Javon Hargrave thought for approximately three seconds then gave arguably my favorite answer of the day.

Solid response for a guy who's set to become a free agent after this season, eh?