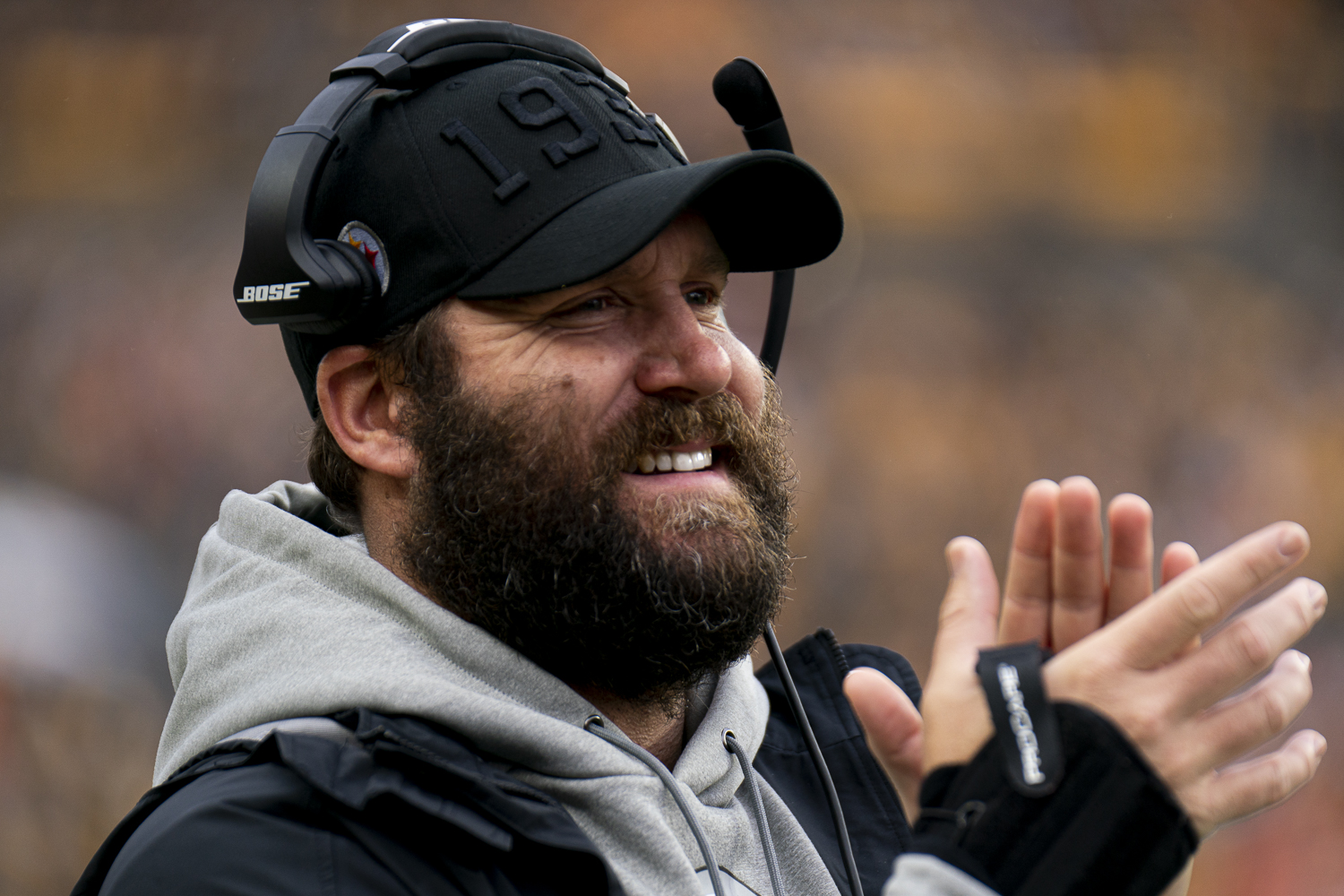 Ben Roethlisberger may never play the game of football again.

I mean, that's the case if you listen to ESPN's Chris Mortensen, who said the following on Monday's edition of SportsCenter:

"I've talked to people who have spoken with him, and he has some doubt whether he's really gonna play football again," Mortensen said (h/t Bleacher Report).

Mortensen went on to suggest the Steelers could sign a veteran free agent, such as fellow 2004 draftees Eli Manning and Philip Rivers, or a younger vet such as Teddy Bridgewater if Roethlisberger does indeed hang 'em up.

Thing is ... Roethlisberger isn't hanging them up. And Mortensen completely backtracked from what he reported.

Clarity to calm down the masses - the @Steelers are now optimistic Ben Roethlisberger will recover from elbow surgery to reattach three tendons. Not cleared to throw yet but he is tracking better and Ben himself wants and expects to play in 2020 and beyond, per sources.

That jibes much more with everything that has previously been said about Roethlisberger. And, to be clear, the Steelers are not "now optimistic," they've been optimistic the whole time.

Adam Schefter previously reported that "No one is concerned that next year is going to be a problem" and all indications from Mike Tomlin suggest the team expects to have Roethlisberger back next year. On Sunday in East Rutherford, N.J., our Steelers beat reporter Dale Lolley saw Roethlisberger in the locker room with no brace on his right elbow. Instead, Roethlisberger sported just a smaller brace/splint on his right wrist.

Beyond that, Roethlisberger has stayed involved with the team on the sidelines, helping young quarterbacks Mason Rudolph and Devlin 'Duck' Hodges navigate life in the NFL in his absence.

“I will do all I can to support [Mason Rudolph] and the team this season to help win games," Roethlisberger said after undergoing surgery to correct a season-ending elbow injury following the team's Week 2 loss to the Seahawks. "I love this game, my teammates, the Steelers organization and fans, and I feel in my heart I have a lot left to give.

Then there's this: Roethlisberger is set to become an unrestricted free agent in 2022, with a potential out in 2021, averaging $34 million per year with $37.5 million guaranteed at signing.

Think he'll want to stick around and earn that cash?

“The Steelers committed three years to me this offseason and I fully intend to honor my contract and reward them with championship-level play,” Roethlisberger added.

Taking it a step further, from a competitive standpoint, why wouldn't Roethlisberger want to come back? He's watched the team suffer through erratic quarterback play since he went down, and his own play was not up to standard before the injury wiped him out for good.

He went 0-2 as a starter, playing six quarters in all and going 35 for 62 (56.5 percent) for 351 yards, no touchdowns and an interception against the Patriots and the Seahawks. No way he'll want to call it a career after posting that kind of line.

Lastly, take the full context of Mortensen's quote into consideration. This didn't come from Roethlisberger. This came from "people who have spoken with him." That's hardly gospel.

For now, take this report with a big ole grain of Mortensen's Salt.