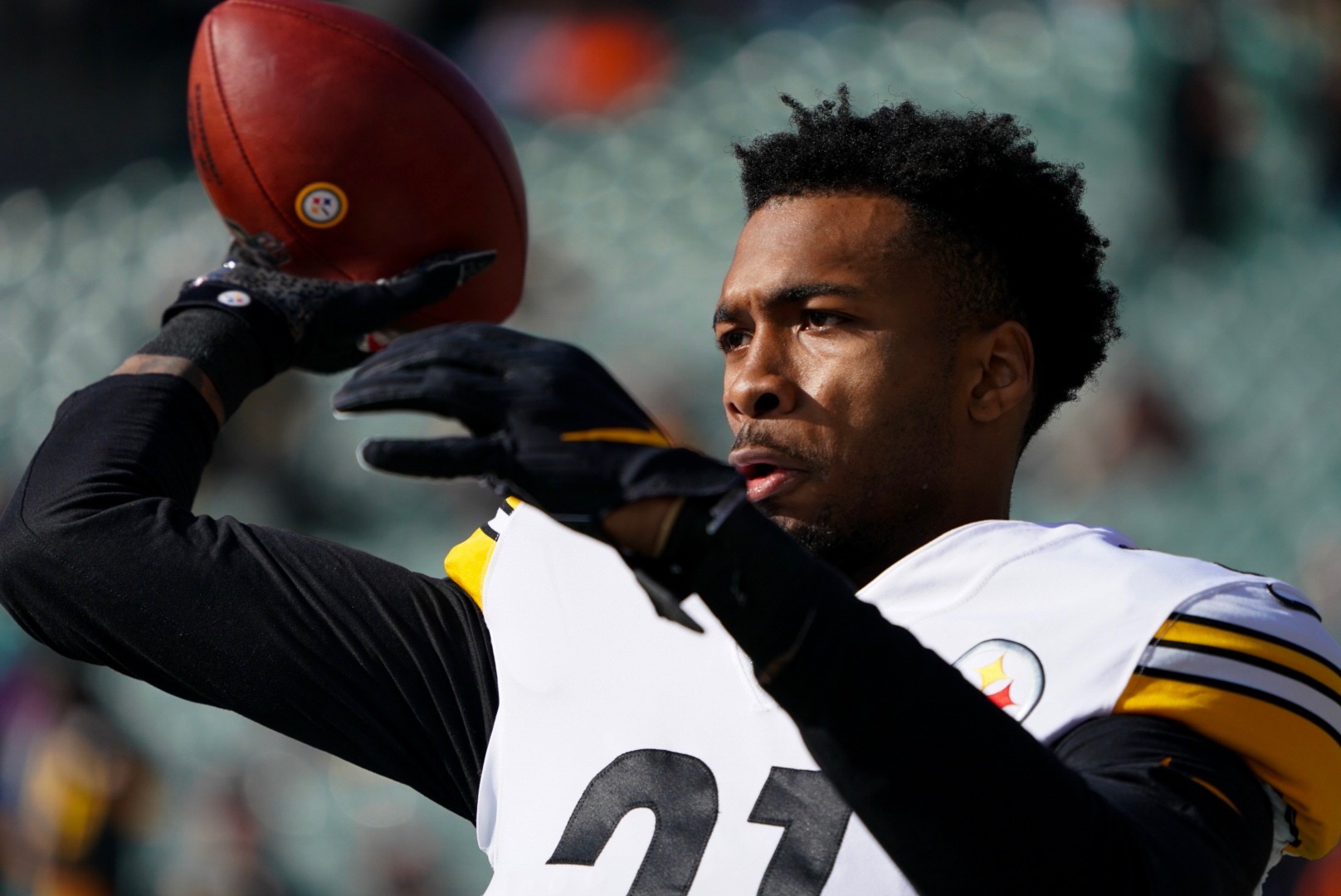 He was the best Wildcat rusher of all time.

Snell posted 3,873 yards on the ground during his time at Kentucky, 38 more yards than second-place Sonny Collins. Oh, and Snell did it in three years vs. Collins' four. No big.

He also tops the Kentucky record books in career rushing touchdowns (48 vs. Collins' second-place mark of 26) and rushing touchdowns in a season, where his three years rank tied for fourth (13), third (16) and first (19). Those 48 touchdowns through three seasons are the second-most in college history, trailing only Georgia's Herschel Walker. You may have heard of him.

With the Steelers, though, the story's been more complicated for Snell.

He's started once and appeared in 12 games total, ringing up 335 yards and a touchdown on 90 career touches (3.7 yards per attempt) while adding another 23 yards through the air.

But Snell was never expected to start at all. James Conner was the team's lead back heading into the season, with Jaylen Samuels behind him on the depth chart. With both Conner and Samuels struggling with injuries, though, Snell's had his chances. And with those chances come challenges — but maybe not the ones you'd expect.

"Mentally [it was difficult], because my life changed, from the people that I met to the coaching to adjusting to the game," Snell was telling me Monday at the Rooney Complex. "Just adjusting to football in general."

Early in training camp, Snell's primary challenge came with the playbook, but that changed as the year progressed.

"At first I felt like it was a challenge on the field and I grew off that over time," Snell said. "But it was definitely the playbook when I first got here. It's a lot more tags and a lot more things."

On the other side of the ball, Steelers rookie cornerback Justin Layne – who went from second-team All-Big Ten in 2018 at Michigan State to scrapping for a spot on special teams with the Steelers as a rookie — feels the same pressures as Snell.

"It kind of just feels like I'm a freshman again," Layne was telling me. "I'm just growing and learning, taking it day by day so I do become that player I want to become in this league. But today, I just gotta keep taking it day by day. I'm not trying to skip any steps."

That said, Layne hesitates to pinpoint one particular area in which he currently struggles.

"I wouldn't say I have a current challenge now, but I just feel like the league — I'm a pro athlete now," Layne said. "So everything I learn is new, everything we do. I've never been to the playoffs before or had to wait and see if we were going to make it to the playoffs. So all this is new. I wouldn't say it's necessarily a 'challenge,' but everything is new. So that makes it difficult."

While Layne certainly had to tackle various adjustments to life as a pro, Snell unquestionably owns the most daunting obstacle between them. Besides fighting for time on the field, Snell suffered a meniscus injury during the team's Week 8 win over the Dolphins — just as he was getting rolling in the Steelers' offensive system.

Snell credits his teammates, trainers and personal friends and family for keeping him on track throughout the recovery process, but there's no doubt that time put a strain on him.

Shortly before returning, Snell voiced his disapproval with a story I wrote on him. But instead of harboring those feelings and simply shutting me out — like he could have — we talked for about five minutes at his locker. He learned about a reporter's duties and obligations to his or her readers. I learned why he felt the way he did. We shook hands and smoothed it out, each taking something out of the interaction.

His growth on the field is obvious, but it's little moments like this — off the field — that may fly under the radar. But they're no less important, something Snell noted.

"It's been cool. It's been pretty cool," Snell was saying of navigating the media landscape at the pro level. "I kind of learn things every day about different people. I'm taking it step by step with it. Because I do enjoy the media, but sometimes I don't know if the media enjoys me."

Credit to Snell for hashing it out, keeping an open mind and growing — a tactic that's just as necessary for these young players on the field.

"I just realized that this is the NFL and you just gotta keep going forward," Layne was telling me when I asked him the chief lesson he's learned through 15 games as a rookie. "You can't get down if you miss a play. Everybody out here is a professional, so just keep going. That's the main thing everybody keeps saying."

Within that, Layne benefits from an elite Steelers defense around him. There's two-time Pro Bowler and 11-year vet Joe Haden across the room, and there's Steven Nelson — who is perhaps having a better season than Haden in 2019 — one stall to Layne's right.

"We got some good leaders up here — safeties, DBs, just everybody," Layne said. "Everybody's a great leader and everything. Just learning behind [Joe Haden] and [Steven Nelson] and just those vets and stuff, learning from them every day has been great. They've been pretty cool.

"Me and Steve talk a lot of the time, man, whether it's about football or anything else. Just little stuff here and there, I don't really take notes or write down what he teaches me, but I know every day there's always a teaching point from him and Joe — whether I find it myself or they tell me."

Does Snell notice the same from his teammates?

These 2019 Steelers have needed to lean on those family bonds throughout a tumultuous 2019 season that's seen injuries, arrests, winning streaks, losing streaks and everything in-between. For Layne, though, it's nothing new.

"To be honest, I tell my pops this all the time: It's like history repeating itself," Layne said. "I feel like it's kind of like my freshman year at Michigan State. We had that whole sexual assault thing going on. We went 3-9 or something like that, a losing season. Everybody kept getting hurt. Our quarterback got hurt that year, so I think it's history repeating itself. You know what that means: Hopefully something good's about to happen."

"I was talking to my mom about that not too long ago, actually, how thankful I am for the positions that I was able to be in and learn from and everything, getting adjusted," Snell said in a nearly identical response. "Being a Steeler so far has been a great thing and I'm happy."