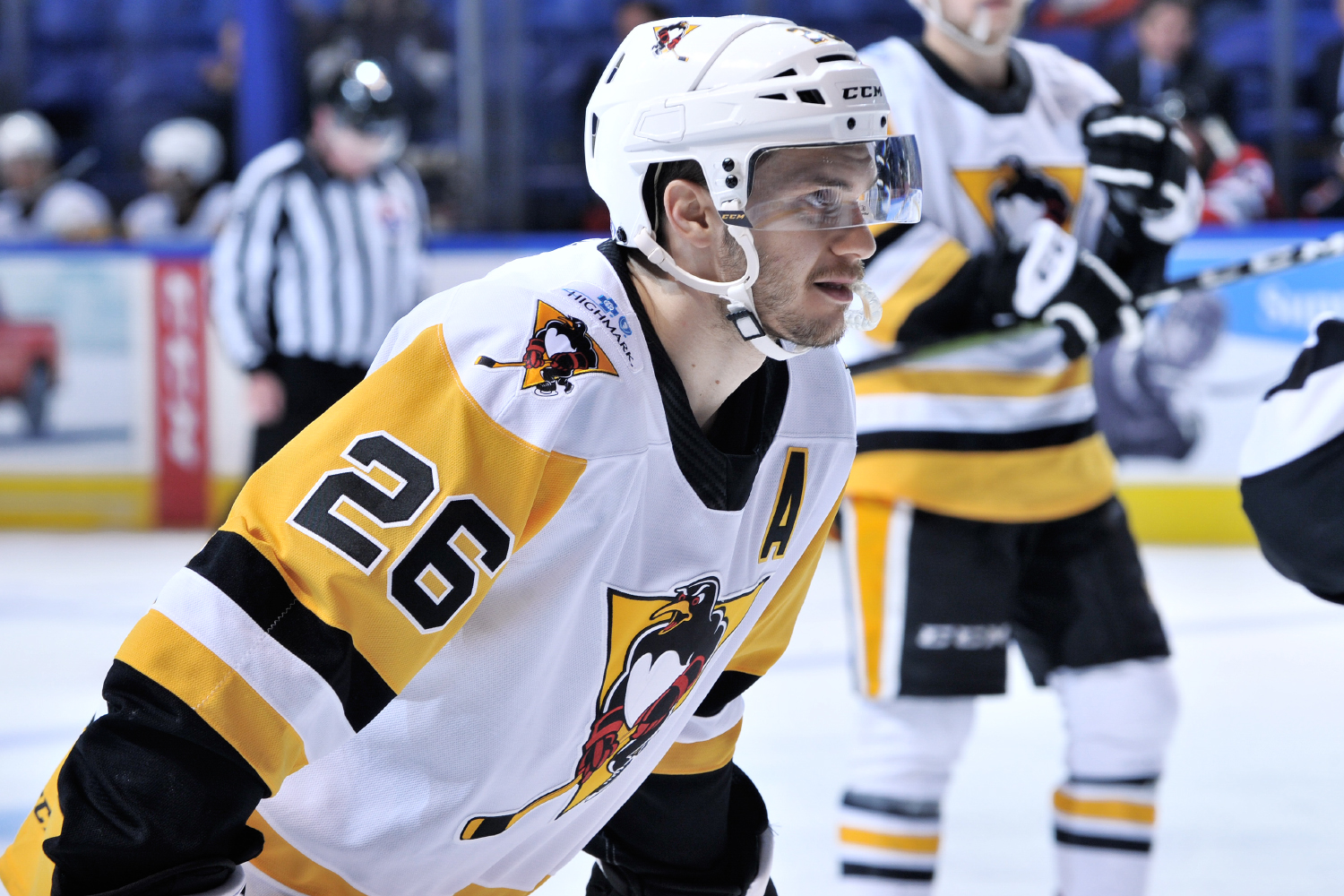 CRANBERRY, Pa. -- Forward Andrew Agozzino will represent the Wilkes-Barre/Scranton Penguins on the Atlantic Division team at the 2020 AHL All-Star Classic, the AHL announced on Friday.

The AHL All-Star weekend will be held Jan. 26 and 27 in Ontario, Calif., and follows the same format as its NHL counterpart -- a skills competition, followed by a three-on-three tournament between the four divisions the following day.

The full rosters for each division can be found here.

The Atlantic Division will be captained by Hershey's Matt Moulson (yes, that Matt Moulson) and coached by Hartford's Kris Knoblauch. Former Wilkes-Barre/Scranton Penguins Ben Street, Chris Wideman, and Derrick Pouliot (yes, he's back in the AHL) were also selected to play.

Agozzino, who turned 29 on Friday, leads the Penguins with 17 assists and 29 points. His 12 goals rank third on the team, trailing Anthony Angello's 13 and Stefan Noesen's 14.