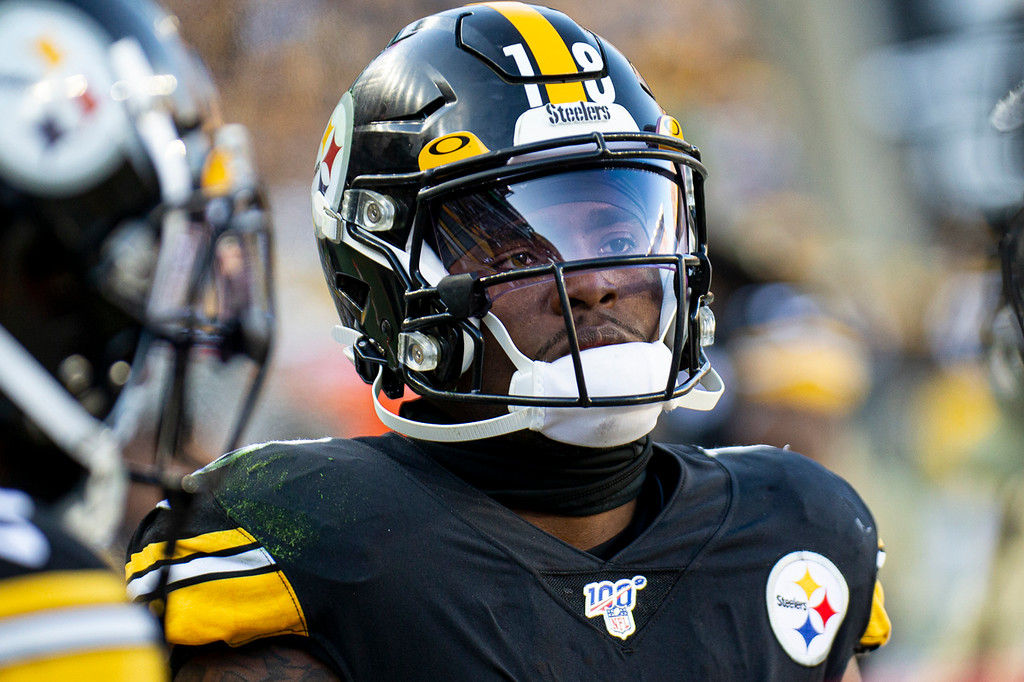 Diontae Johnson had a very good rookie season for the Steelers, leading the team in receptions and touchdown catches while also leading the NFL in punt return average.

But how does the rookie, who was the 10th receiver taken in last year's draft, compare to the other rookie receivers around the league? Well, that's where things get a little interesting.

Because the Steelers ranked 31st in the league in passing yards, Johnson's final stats -- 59 receptions for 690 yards and five touchdowns -- pale in comparison with some of his counterparts. In fact, of the rookie receivers, only the Redskins' Terry McLaurin played in an offense that threw for fewer yards than the 2,981 the Steelers produced in 2019.

Still, Johnson's 59 receptions not only led the Steelers, it also led all rookie receivers, as McLauren and the Seahawks' D.K. Metcalf tied for second with 58 each.

Where Johnson loses some ground is in receiving yards. While Johnson ranked first in receptions, he was sixth in receiving yards behind the Titans' A.J. Brown (1,051), the only rookie to top 1,000 receiving yards in 2019, McLauren, Metcalf, 49ers' Deebo Samuel and Giants' Darius Slayton. He also fumbled five times, losing two, which is obviously something on which he needs to work.

His six touchdowns -- five receiving and one on a punt return -- are tied with the Chiefs' Mecole Hardman for the third-most in the rookie class among receivers. Metcalf and Slayton led the way there with eight each.

Where Johnson gains some of that ground back is on his return skills. The Saints' Deonte Harris was named first-team All-Pro as a return man and averaged 26.8 yards per kick return to rank third in the league. He also averaged 9.4 yards per punt return.

But Harris also had just six receptions for 24 yards as an offensive player.

Hardman ranked fifth in kick return average (26.1) and 9.3 yards per punt return, but his 18 punt returns weren't enough to qualify among the league leaders. He also had just 26 receptions during the regular season.

Johnson, meanwhile, earned second-team All-Pro status for his skills as a punt returner after leading the league at 12.4 yards per return, a full yard better then the next closest player. He was one of six players to score a touchdown on a punt return in 2019.

"Wait until next season when I get a chance to do it full time," Johnson told me.

Wait indeed. Some scoffed when the Steelers made the former Toledo star the 10th receiver taken in last year's draft. But the third-round draft pick -- and 66th-overall pick -- lived up to his status and then some.

Of the receivers taken ahead of him, only Brown, Samuel and Metcalf had more receiving yards. And McLaurin was taken 10 picks later.

Devin Bush won the Steelers' 2019 Joe Greene Great Performance Award as the team's rookie of the year after leading the team in tackles. But it just as easily could have gone to Johnson.