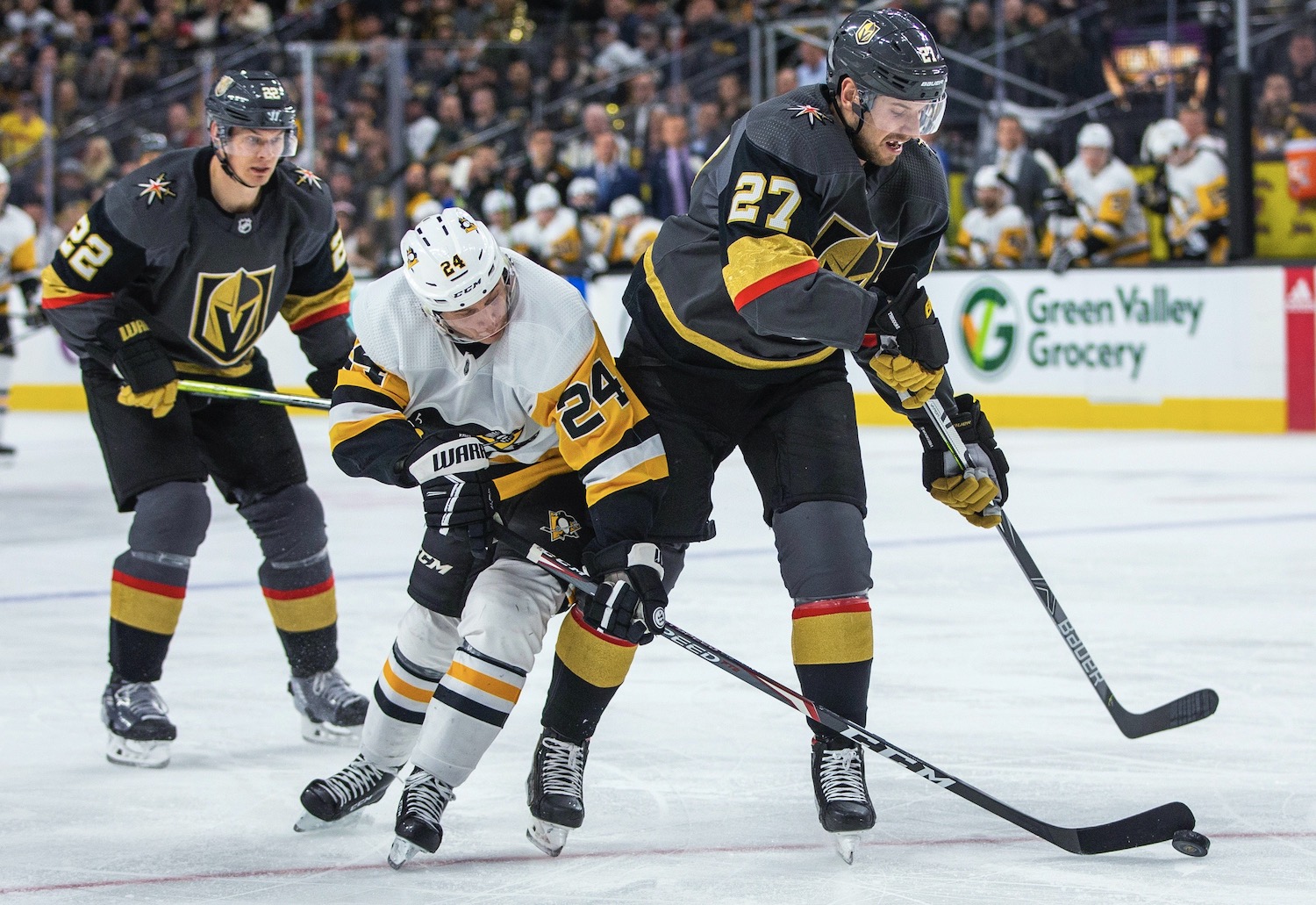 DENVER -- Dominik Kahun seemed, on some levels, to be an unlikely candidate to move into a top-six role.

After all, he had gone nearly three games without a point and had scored all of one goal in 10-plus games. That's not exactly the kind of production that was going get him a prominent place in conversations about Art Ross or Rocket Richard Trophy candidates.

Nonetheless, when Mike Sullivan decided to pull Alex Galchenyuk from the left side of his No. 1 line after two periods in Montreal last Saturday, Kahun was the guy he picked to work alongside Evgeni Malkin and Bryan Rust.

"I don't know if I was surprised," Kahun said after the Penguins' practice at Pepsi Center today. "I think I had a pretty good start in Montreal, played pretty well, so it was an okay decision."

So far, Sullivan doesn't seem to be second-guessing it.

"He has real good offensive instincts, he has playmaking ability and he can finish," he said. "Based on that, we thought he was one of the guys we could plug into that line with (Malkin and Rust) that could potentially work. We're obviously trying to surround (Malkin) with people who can help him be successful, and in turn, that helps us be successful. But also, we're trying to create some balance through our lineup so we have the ability to score goals throughout our lineup."

Kahun had a goal and an assist during the Penguins' 4-3 victory in Las Vegas Tuesday, ending a four-game points drought and effectively assuring that he'll be back with Malkin and Rust when the Penguins face the Avalanche here Friday at 9:08 p.m.

He said that it isn't necessary to alter his game to be effective with his new linemates.

"I just need to play my game, because when I play my game and I'm at my best, I can be good," Kahun said. "Especially with (Malkin), I can make plays for him. Just try to help him, work as hard as possible."

Kahun enters the game against Colorado with 10 goals and 13 assists in 42 games. He'll probably have to improve on that pace if he wants to hold onto his current job, but doesn't seem concerned that he's had three stretches of four or five games this season when he failed to record a point.

"It's just hockey. The best thing is to not think about it too much. Just play, and the points will come."

• Sidney Crosby, who is recovering from surgery to repair a sports hernia, did not participate in practice or go on the ice, which eliminates any chance of him playing against the Avalanche. "Sid's going through a rehab process," Sullivan said. "And the nature of this injury, it's an evolving process. Part of that process is introducing him to the team environment, then obviously, we see how he responds ... and then the medical staff makes decisions, accordingly."

• Justin Schultz and Nick Bjugstad also sat out the practice, although both worked out on the ice after their teammates were finished.

• Here are the Penguins' personnel combinations during practice: