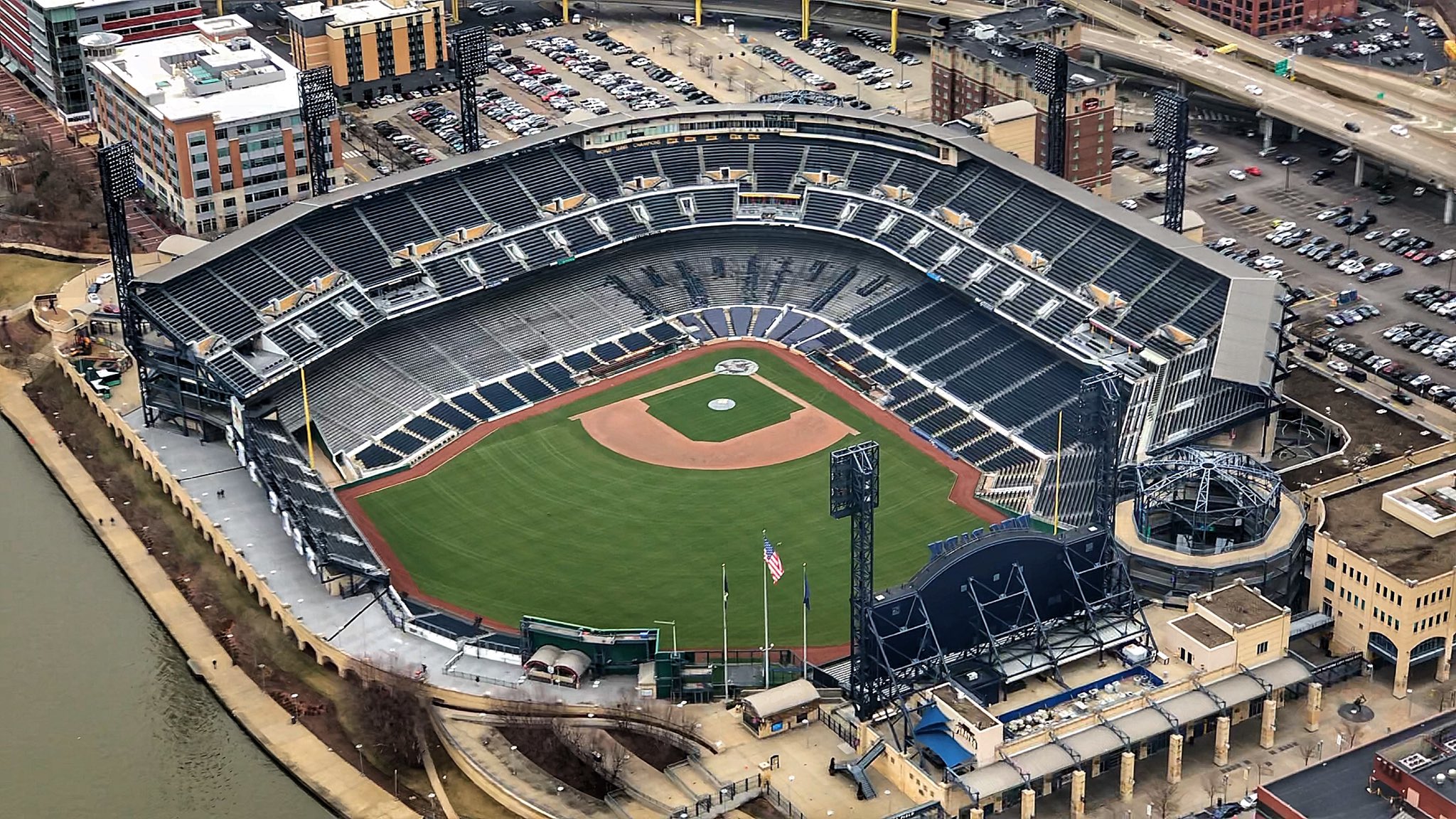 The 2020 season will be PNC Park's 20th, and the Pirates are investing in upgrades throughout the stadium to ensure it remains the best ballpark in America.

One of the first upgrades it will undergo is replacing seats, which is already underway. Ruben Campos, the chopper pilot for our partners at WPXI-TV, tweeted aerial photos of PNC Park Tuesday, showing the stadium missing infield box seats behind home plate and down the first base line.

A source told DKPittsburghSports.com that the portion Campos documented is part of a longer-term plan that will improve seating throughout the stadium, not just in those sections.

The Pirates will announce the details of all of the ballpark improvements in a media event shortly before the start of the regular season in March. All of the planned changes are focused on improving the fan experience.

PNC Park will be open on Jan. 24 to season ticket holders and to all fans on Jan. 25 as part of PiratesFest. Fans who go into the team's dugout during the event will be able to spot the removed seats. None of the other renovations the Pirates have planned will be visible to fans at that time.

Since its opening in April 2001, PNC Park has been universally recognized as one of the best, if not the best, ballparks in all of baseball. Recently, it was voted the best ballpark in America by Ballpark Digest readers in both 2018 and 2019.

Share
Tweet
Email
Wilkes-Barre Watch: Cassels looks to prove his worth
Steelers will need to run to outgun Ravens