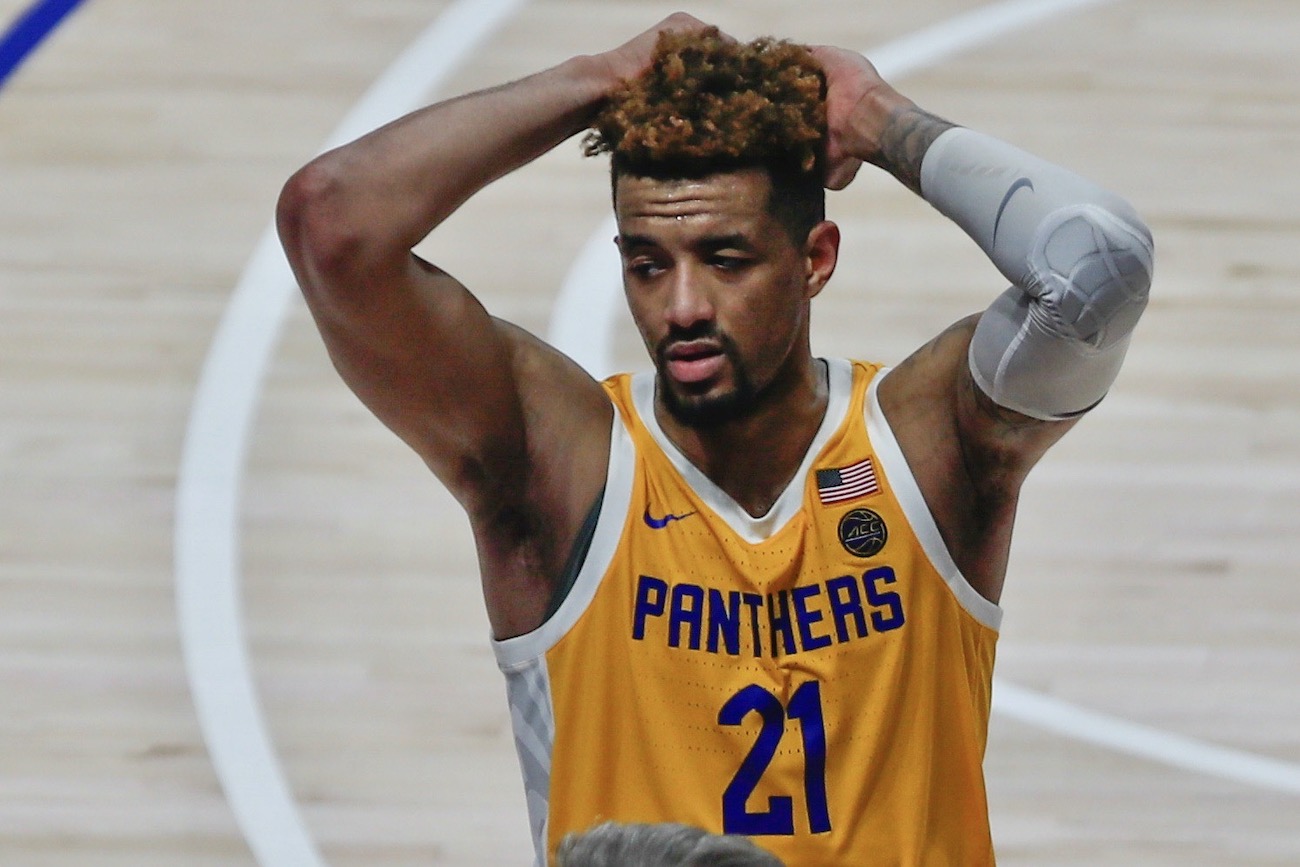 Jeff Capel does this thing.

If Pitt loses — which they did Tuesday night at Petersen Events Center, 73-68, in overtime against No. 11-ranked Louisville — Capel cannot focus on any individual play or player. He just can't, no matter how good or how bad that player's performance might've been.

Asked about Terrell Brown, who logged 27 minutes and tallied three points, three rebounds and four blocks while operating at his most inspired level of the season, Capel said the following during his post-game press conference:

"He did some good things. He blocked some shots. He can adjust shots in there. He did some nice things for us.”

Asked how Au'Diese Toney held Jordan Nwora —Louisville's star junior who is a frontrunner to win ACC Player of the Year averaging 21 points per game on 51/44/79 shooting splits — to just 14 points in this game, Capel provided this:

"I think Au’Diese is a heck of a defender. But I think our team does a good job. Our antenna’s up."

Right back to the team. And heck, I even tossed Capel a highly specific question about Trey McGowens to try to see if he'd break character. Here's the scene:

That's Xavier Johnson misfiring on a three to open the gif. Justin Champagnie keeps the play alive by tipping the offensive rebound out, directly into the hands of McGowens.

Pause. Think about this one.

Pitt's up, 58-54, with 2:40 to go in the game at this point. Burning another 30 seconds and working to find that perfect look could prove vital here.

Nope. McGowens fires immediately. Re-watch Capel on the bench. It's glorious: Hands over his head, fighting through a state of utter disbelief and frustration ... and then the shot kisses off the glass and in.

It gets even better, though.

One last time, up to the gif. I trimmed the end and zoomed in for you, if only because I had a perfect look at this from the press box and noticed how real the moment was. The second that ball passes through the net, McGowens turns to Capel and puts a fist to his chest as if to say, "Yeah, I know, Coach. I know."

That scene — a player known for making questionable decisions down the stretch this year but at least recognizing it this time — is exactly why I took the question to Capel after the game:

“It is what it is. Sometimes you make a bad shot," Capel began. "And it is what it is. In games like this when both teams are struggling to score a little bit, you have to have players step up and make plays. And that’s one where we became very fortunate, where he banked in a shot and extended our lead a little bit."

Not exactly glowing praise, but not horrible, either. But wait! Here comes the thing:

Look, I get why Capel does this, and it's not a flaw at all. He won't get caught up in mini-positives when the larger picture is gross. Who cares if that one particular shade of red pops off the page if the full image doesn't inspire, right? If anything, this should excite Pitt fans. For him, it's about the win. It's about the team. When that isn't achieved, any and all other narratives fall behind.

"We have to become consistent," Capel was saying. "That’s the thing we’re striving to become. We’re not there yet. We’re showing some signs, but in order to become really good, you have to be consistent. And that’s what we’re trying to do. We’ve shown it in spurts, but we have to do it consistently.”

Is he talking about Pitt's season or about this game in particular? Take your pick. And that's the point here. It holds up equally well either way. Capel focuses on winning because no singular positive can outweigh the sting of a loss. In this one, Pitt led from the jump, 2-0, with Champagnie opening the scoring. They led at the half, 31-28, and they led all the way up until 48 seconds remained in the game, when David Johnson tied it at 61 with a made free throw.

From there, the game went into overtime and Louisville won it behind some clutch shots and some sound defense, forcing three Pitt turnovers in the five-minute extra period. There was a questionable call in there, too (much more on that below).

And it wasn't that Capel wasn't pleased on some level with his squad's effort:

“First off, I’m proud of our guys. We put ourself in a position to win," he opened his presser.

"Unfortunately, we came up short," he finished.

Yep. All that effort and energy and toughness and togetherness mean little when the clock reads zeroes and you look up to see "Visitor 73, Pitt 68."

Now, wanna talk about that "foul"? Thought so.