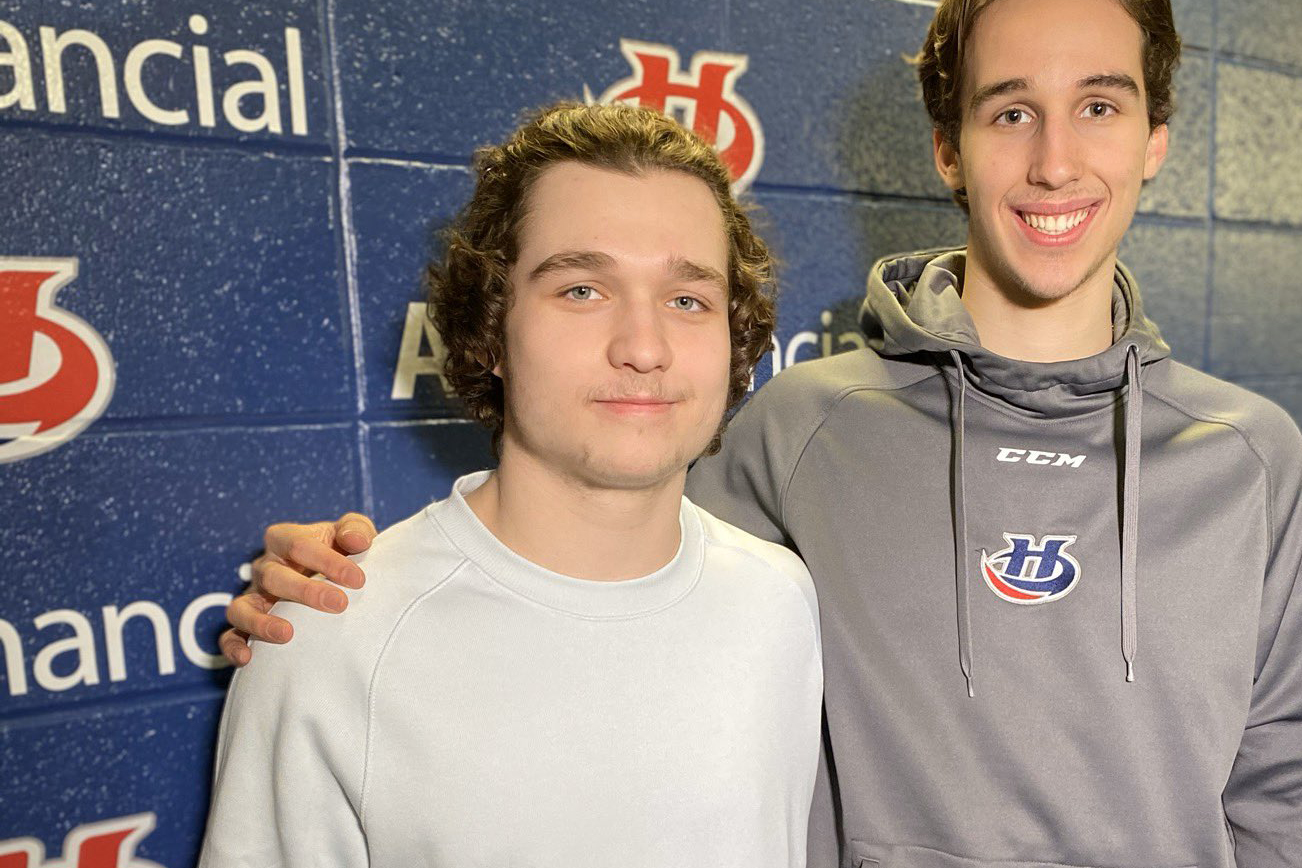 After winning gold, Addison took a few days to spend some time with family and visit his former elementary school to celebrate the win.

Addison (and Sabres prospect Dylan Cozens) met with the Lethbridge media after returning to reflect on their experiences, as seen in this video from Bridge City News:

"Being on that big power play unit was obviously a huge opportunity for me," Addison said. "I was looked upon to play good defense, too. I think I stepped up my two-way game for that tournament, and we made teams pay on the power play for sure. It's a lot of opportunity, but at the same time there's a lot of pressure and you want to do good for your whole country. I think we did a good job of that."

Addison's always had good offensive production. He had 65 points in 67 games last season, and 65 points in 68 games as a rookie. He's on a similar pace this season, with 29 points in 31 games. His defensive game is the area of his game that needs more work, and it's good to hear that he thinks he's made strides in that area this season.

Caulfield was scoreless in one game this week.

Hallander played in two games this week, and scored his first goal of the season:

Legare played in three games this week, and scored two goals and an assist.

Legare was named captain of the Drakkar this week. He spoke (in English!) about the honor here:

Olund added one assist in two games this week.

Brynas mic'd Olund up for a practice, so if you speak Swedish, enjoy:

Pavlychev was scoreless in one game this week.

Poulin returned to Sherbrooke’s lineup this week for the first time since Nov. 30. He scored one goal and one assist in three games since his return.

Puustinen is injured and last played on Jan. 4.

Addison hasn't played with the Hurricanes yet since winning gold.

Airola was scoreless in one game with Kettera this week.

Jones recorded one assist in two games this week.

Palojarvi did not play this week and is sidelined with an undisclosed injury.

Phillips recorded one assist in one game this week.

Reilly played in two games this week, scoring one goal and two assists.