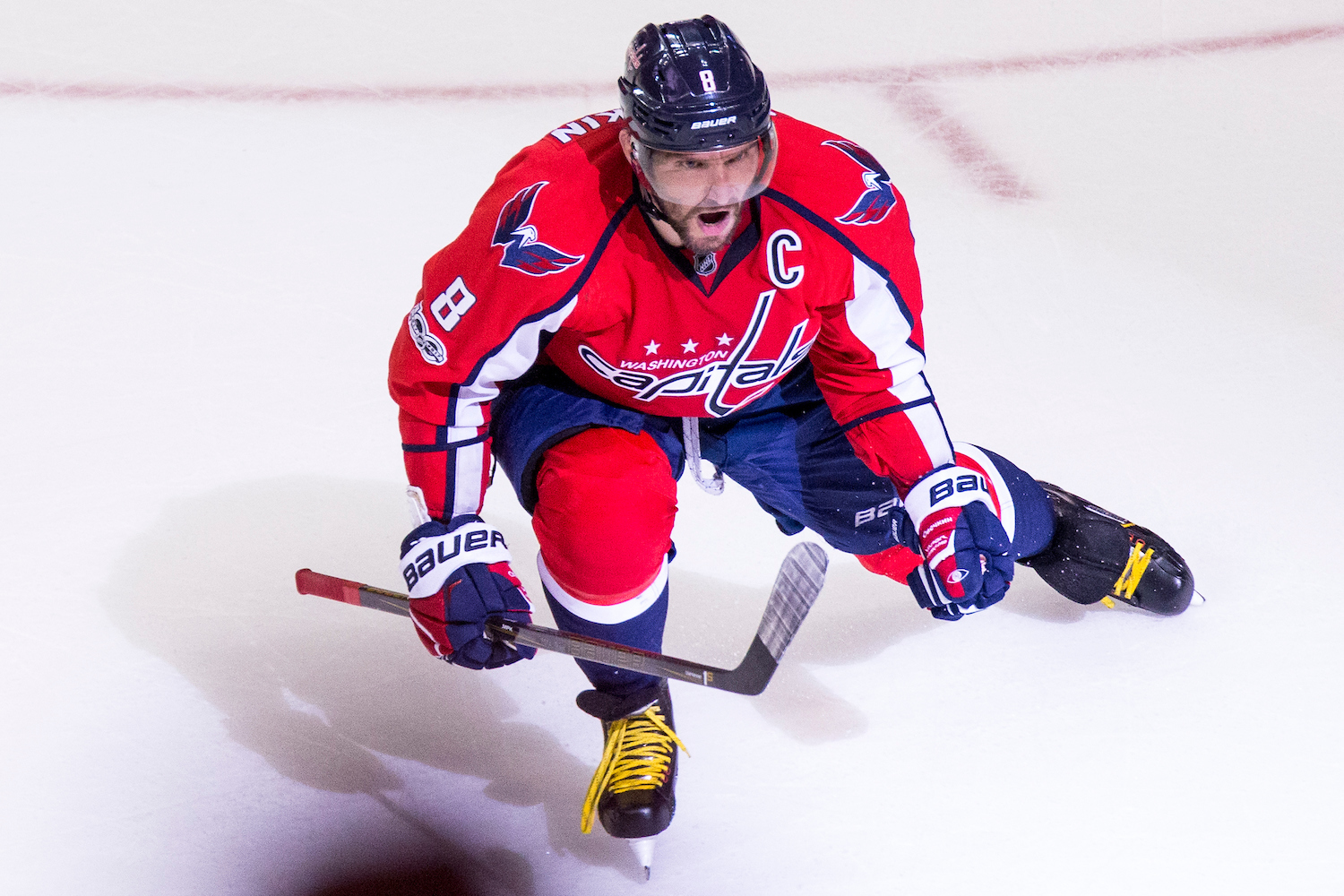 Ovechkin scored a hat trick in the Capitals' 5-2 win over the Devils on Thursday, bringing his career goal total to 689. He's now one goal shy of Lemieux's career total of 690 goals, which ranks No. 10 all-time in the NHL.

"It's great," Ovechkin said of nearing Lemieux's mark. "He was one of my idols when I was growing up. I got lucky, I had time to play against him, I was on the ice with him a couple of times. It's huge. Those names, they are legends. To be close to those guys, it’s pretty impressive.”

Ovechkin will likely pass several other all-time greats this season on the all-time goals list. Steve Yzerman ranks No. 9 with 692, Mark Messier ranks No. 8 with 694, and Mike Gartner ranks No. 7 with 708. Ovechkin, with 31 goals in 48 games, is on pace for 51 goals this season. At the rate he's scoring, he's on track to surpass Gartner and finish the season as No. 7 all time. With 717 career goals, Phil Esposito's spot at No. 6 all-time is likely out of reach this season.