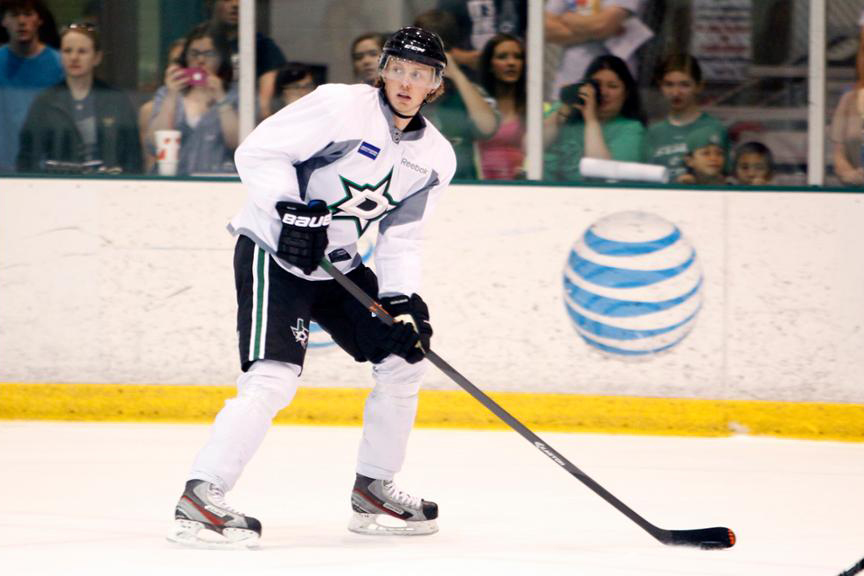 Nyberg, 23, will report directly to Wilkes-Barre/Scranton. Wilkes-Barre is currently on the road in Texas, so neither player has to go very far.

Nyberg, 6-foot-3 and 190 pounds, was the Stars' sixth-round pick in 2014 and is in his second professional season in North America. He's played 19 games for the AHL Texas Stars this season, recording two goals and four assists. He's signed through the remainder of the 2019-20 season, after which he will become a restricted free agent.

Palve, 27, was a free agent signing by the Penguins this summer and is in his first season in North America. He scored one goal and seven assists in 37 games this season and had been a healthy scratch in several games recently, behind Cole Cassels, Joseph Blandisi, Chase Berger, and Jordy Bellerive on the center depth chart. He primarily played in Wilkes-Barre's bottom-six, and told me last month that it wasn't a role he was used to playing.

“It’s just different situations,” he said. “I feel like I was playing a lot differently in Finland than playing here. … I think I’ve been playing a little more of a different role, I’m not on the top scoring unit.