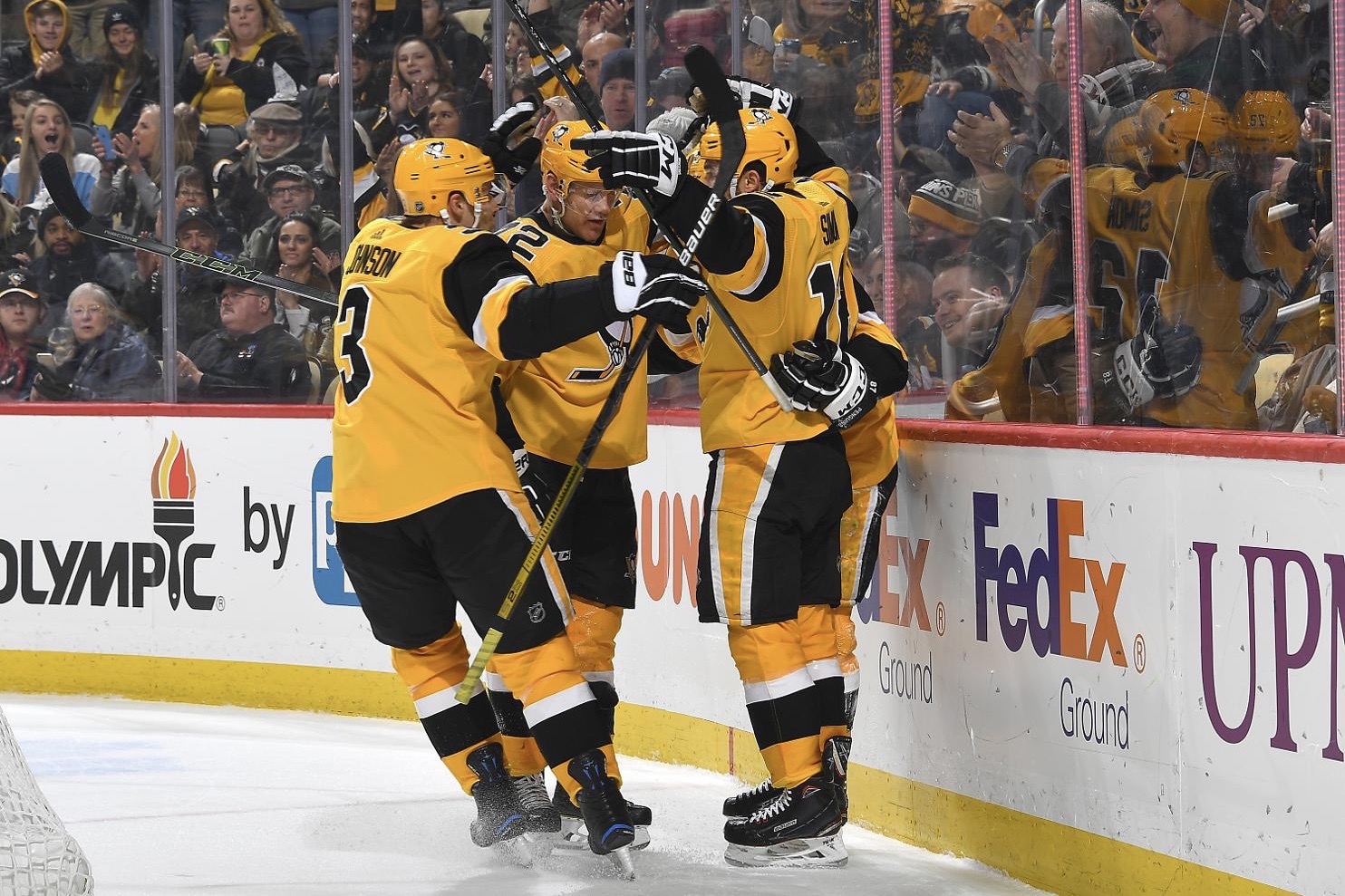 The Penguins lost two forwards -- Dominik Kahun and Dominik Simon -- to injury in their 4-3 win over the Bruins on Sunday afternoon at PPG Paints Arena.

It's not clear when Kahun left the game. The game's shift tracker shows that Kahun took a shift at 1:32 of the second period, and his second-period ice time shows six seconds. That's likely a mistake, because Kahun didn't appear to be part of the line change at that time in the video feed, and at the time of Teddy Blueger's goal in the first minute of the second period, the Penguins' bench is already short one player.

There wasn't a noticeable collision or anything else in Kahun's last first-period shift that would explain his absence. He didn't take a single hit all game, either.

Simon's last shift ended at 4:03 of the third period when he collided with Bruins forward Sean Kuraly in front of the Penguins' net:

Simon finished his shift, although he appeared to be in pain. He sat on the bench speaking to an athletic trainer before walking down the Penguins' tunnel without any noticeable limp.

Simon scored the Penguins' lone first-period goal earlier in the game, his fourth goal and seventh point in his last 13 games. He had a beautiful no-angle finish off of a feed from Sidney Crosby

The Penguins are scheduled to practice at noon at the Lemieux Complex on Monday. We'll likely get an update on both players at that time.

Share
Tweet
Email
Chiefs, 49ers punch their tickets to Miami
Crosby: ‘Not easy’ for Murray to get jeered