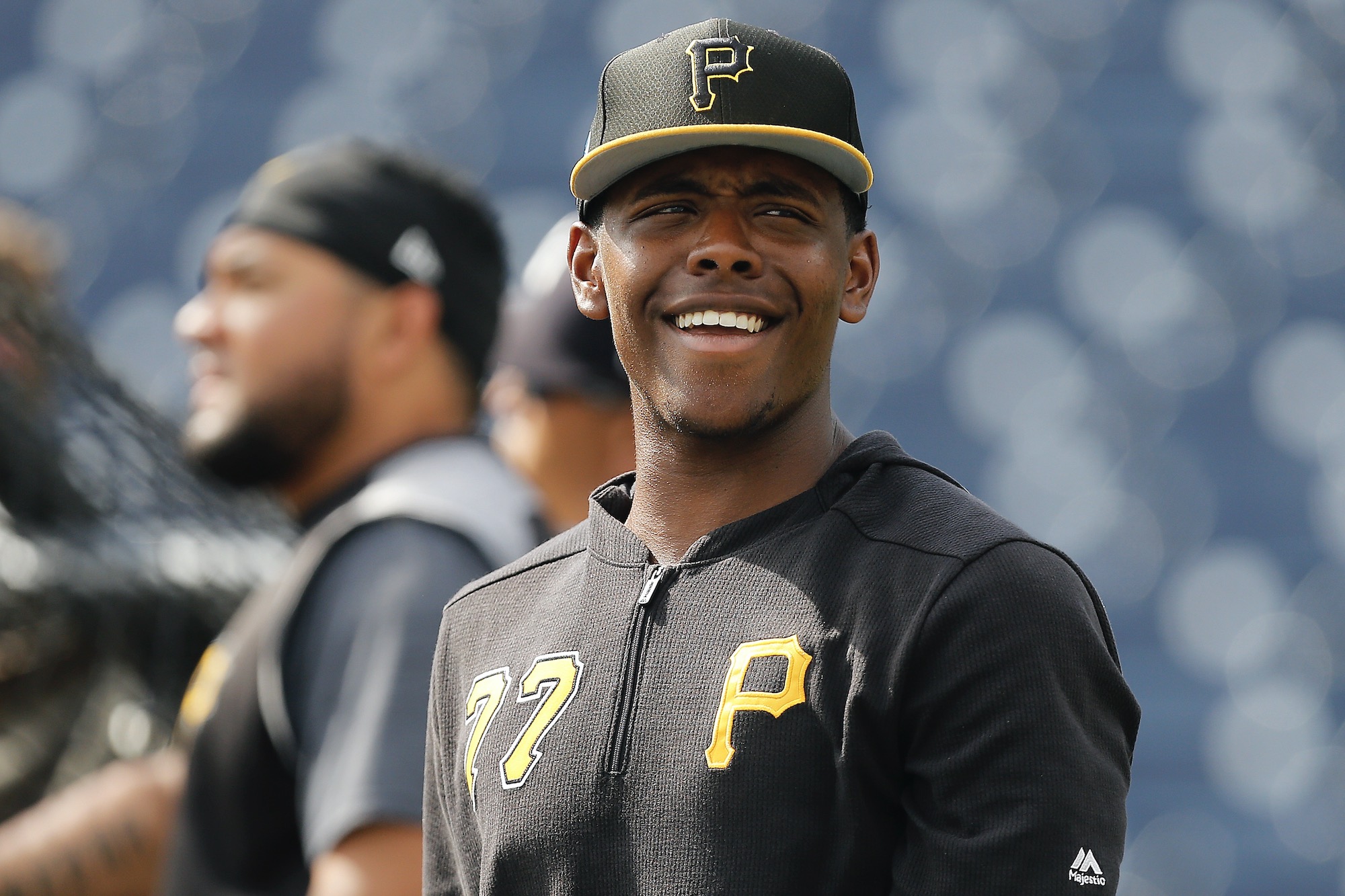 Ke'Bryan Hayes does not remember watching his father, Charlie Hayes, play in the major leagues. He was 4 years old when Charlie retired, so he has no memories of running around a major-league clubhouse or talking to Charlie's teammates. What he does remember is that ever since he was little, he knew he wanted to have a long career as a major-league third baseman, like his dad.

Funny thing: Dad didn't think it was a great idea.

“This one," Charlie was telling me this week by phone from a ball field in Texas, "he’s good at proving people wrong.”

When he was about 7 or 8, as Ke'Bryan recalls, he told his dad his dream and asked how he could achieve it. Charlie, a few years removed from a 14-season career, was not convinced Ke'Bryan could do it. He did not encourage, or even want, any of his three sons to play baseball. He did not think they were disciplined enough to become pro ball players, and he felt Ke'Bryan, the youngest of the three, was not as naturally talented as the other two. So he told Ke'Bryan he was going to have to work harder than the rest.

Fortunately for him, he had a good place to do that work. In 2005, Charlie opened a baseball academy in Tomball, Texas. Starting at age eight, Ke'Bryan would head there right after school and work out with one of Charlie's 10-12 classes. Almost all of Charlie's students were older than him, some 15 or 16 years old. If they each got 50 swings in the cage, Ke'Bryan got 50 swings with their bat, not his. If there were seven or eight classes that day, he went in the cage seven or eight times. If they took ground balls, he took ground balls, too. It was often over 200 grounders a day, with Charlie stressing that when Ke'Bryan throws across the diamond to first, he actually throws it. Not toss, throw. Hard. When Ke'Bryan protested, saying he would hurt his arm, Charlie assured him he would be fine. He needed to build up the arm strength.

"I think that helped me," Ke'Bryan told me, also by phone from Texas. "Being able to [practice with older kids] helped me to grow up."

He grew up not just as a ball player, but matured as a person. Charlie says Ke'Bryan is the most committed person who has gone through Big League Academy Baseball. While his judgment sounds like it could be a tad biased, Charlie means it. After all, he did not even want him to play ball. Ke'Bryan proved him wrong. He was more than disciplined enough to play professionally. And after over a decade of working together, Ke'Bryan was selected by the Pirates in the first round of the 2015 amateur draft.

Now, he is universally acclaimed as one of the best third base prospects in the game and is on the cusp of breaking into the major leagues.

"He's got a work ethic like no other," Charlie said.