RICHMOND, Va. -- It’s odd how this week of the NFL season always makes me nostalgic for the Super Bowls of my youth, considering those games almost always turned out to be  anticlimactic, boring letdowns.

The familiar refrain “I just watch the Super Bowl for the commercials” was born in those days, and the sentiment was well-earned. Super Bowl XIX, billed as a sure-to-electrify matchup of superstar quarterbacks yet dominated by the 49ers in another blowout, was no exception.Pittsburgh had a vital part to play in both teams’ march, in addition to being the hometown of both quarterbacks.The Dolphins clobbered the Steelers at home in the AFC Championship Game, with Dan Marino hitting 21 of 32 passes for 421 yards and 4 touchdowns, both records. On a more positive note for the black and gold, Gary Anderson’s late field goal in an October game in San Francisco earned the Steelers a 20-17 victory and handed the Niners the only blemish they’d suffer the entire season, which they would finish at 18-1.

As to this year’s big game, it’s an easy choice for me: Go Chiefs.

It’s bad enough the Patriots have joined the six-Lombardi club. To have to accept a third member in consecutive years just seems torturous. Besides, I’d just as soon Kansas City and Patrick Mahomes win it all and slide into complacency. The last thing the AFC needs is another starving, motivated contender! 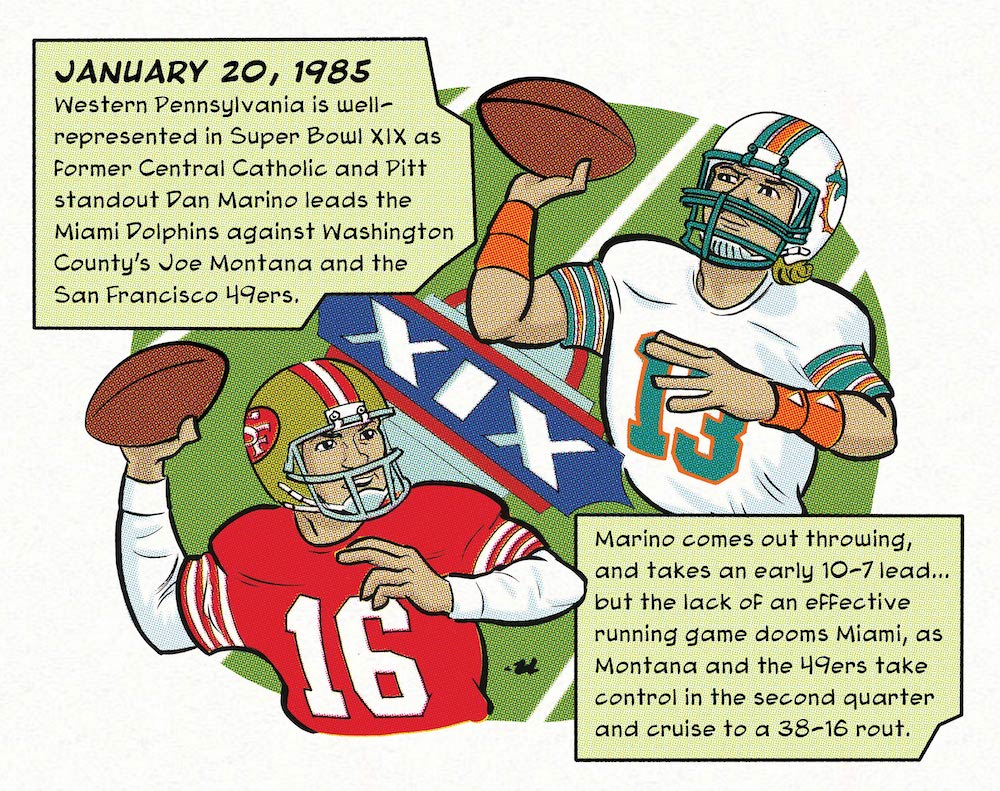