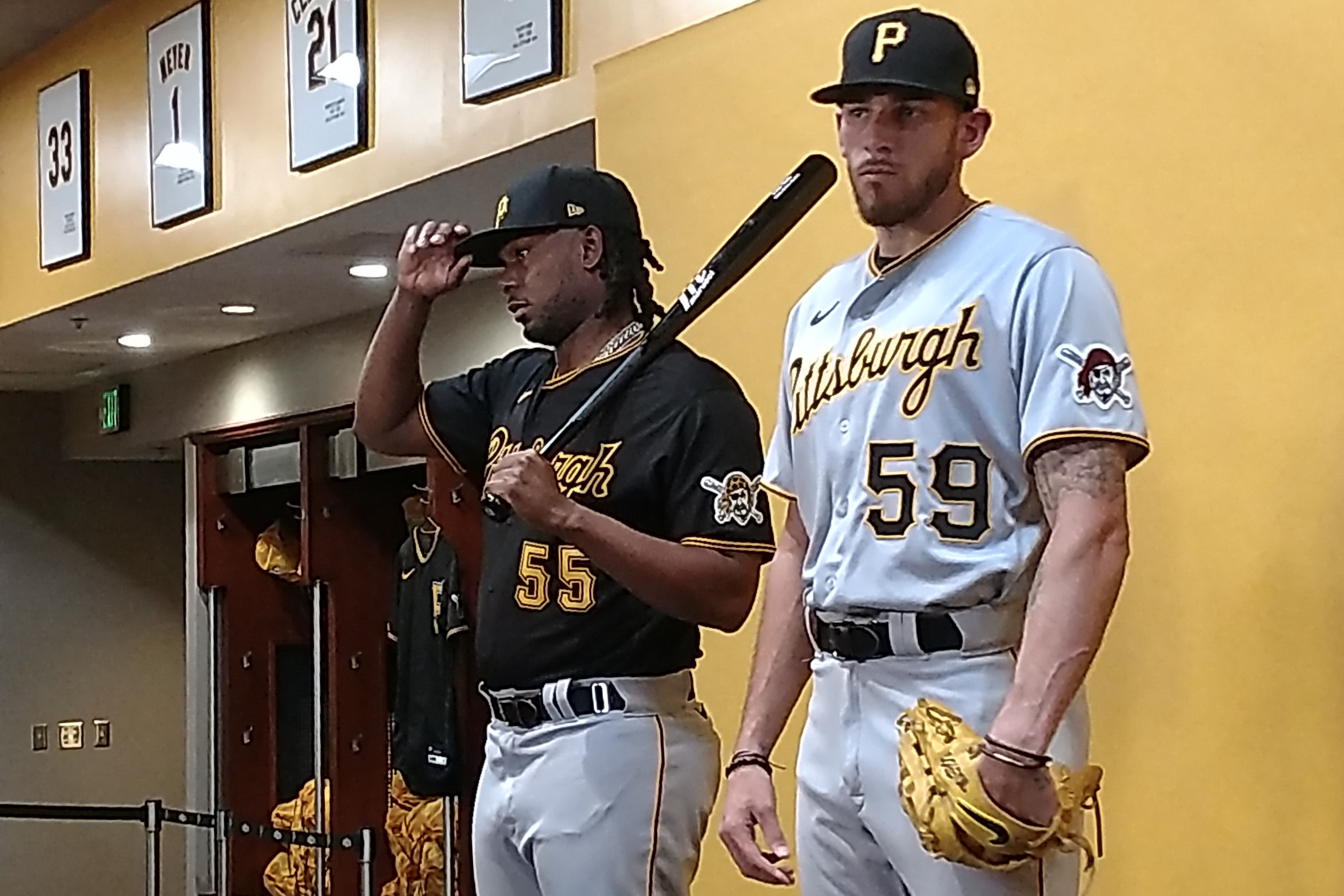 I'd just opened a portal through which Ben Cherington, the Pirates' new GM, could have paved a more visible path for the franchise that maybe Pittsburghers would appreciate. My question on this Friday afternoon at PNC Park, upon the opening of the annual PiratesFest, was the same as it's been since the day he was brought aboard: Whether or not there's a hard rebuild in place, what's the plan?

And he came back by beginning with those three blah words up there.

"Every kind of resource you can imagine, whether it's time, energy or dollars, will go into getting better" he'd continue after those three words. "That's not always a straight line, as we know. But every day in 2020, we're going to spend it on trying to get better. That can include player-related opportunities, that can include acquiring players, that include trading players at some point, but it also includes a lot of other activity like working with the coaching group or our scouting process -- amateur, international, professional, et cetera -- all throughout our baseball operations."

Hang on. I've got to yawn before I finish typing this out.

"I wouldn't say our focus is on anything but getting better and working to building a winning team."

I tried harder with the follow-up: What's the view, very specifically, on 2020?

"Excitement," came this reply without hesitation. "Excitement for the group of players we have. Excitement for the opportunity to get to know them even better and, hopefully, help some of them grow their game, tap into their skill. And also, excitement to look for opportunities to add talent, whether that's at the major-league level, through the draft, internationally, you name it."

Slight pause. I'd swear he grasped here this wasn't at all what I'd been seeking.

To which he wrapped up, ""We are simply focused on building a team that's got a chance to play meaningful games in September and October. And we're going to keep marching toward that."

OK, that was on purpose. I don't normally transcribe something that awful, but it's done this time with a purpose: Because Cherington means it. And because he legitimately won't be fazed by whether you or I are fazed by it.

There'll be a reflex for a lot of fans to hear/read what's above and compare Cherington, yet again, to Neal Huntington. But what's becoming increasingly clear to me is that, wholly unlike his predecessor, Cherington's comfortable with his convictions. And that, all by itself, is a colossal difference.

When Cherington speaks, dry as it can sound, he does so with zero palpable defensiveness and with even less of an attempt to convince anyone of anything. He just believes what he believes, he'll work toward fulfilling that belief, and he'll let the results generate whatever excitement might follow.

That's not Huntington, my friends.

So, what is the plan?

Here are three key elements I've been able to cull, from independent conversations with Cherington and several others in the Pirates' hierarchy:

• Yes, Starling Marte will be traded, as I reported this past November. It might not happen before the season, but that's by far the likeliest scenario. Talks are ongoing with multiple teams.

• Even if Marte is traded for prospects, as I'm expecting -- hoping, actually, given the desperate need for elite-potential arms -- that won't signal a hardcore rebuild. It'll just infuse the system with talent at the game's critical and most expensive position. But the approach to 2020 and the current roster won't change.

• More outfield depth is already being pursued, as Cherington acknowledged, and that undoubtedly is due to Marte's pending departure.

Beyond that ... it actually is about "just getting better."

There won't be any wholesale, sweeping shipping-out, as we've seen over the years in Miami and elsewhere, the kind that would put even Josh Bell and other younger guys on the block, all aimed at some tidal wave of prospect talent. There's no appetite for that in the front office, and that goes all the way to the top. Not that Bob Nutting's overseeing baseball ops -- thankfully, he's never done that -- but he'd rather not see Bell, Bryan Reynolds, Kevin Newman, Mitch Keller dispersed toward a goal that's a handful of years off. He'd prefer instead to build with this group.

Provided the execution's there, of course.

This has been my course of choice for quite a while, but the chief concern was that Huntington, Kyle Stark and company were ill-suited to execute it and, after the Chris Archer trade, didn't deserve another chance.

Maybe Cherington will reap real rewards. And maybe, if he does, no one will mind having to hit the snooze button when he speaks about it.