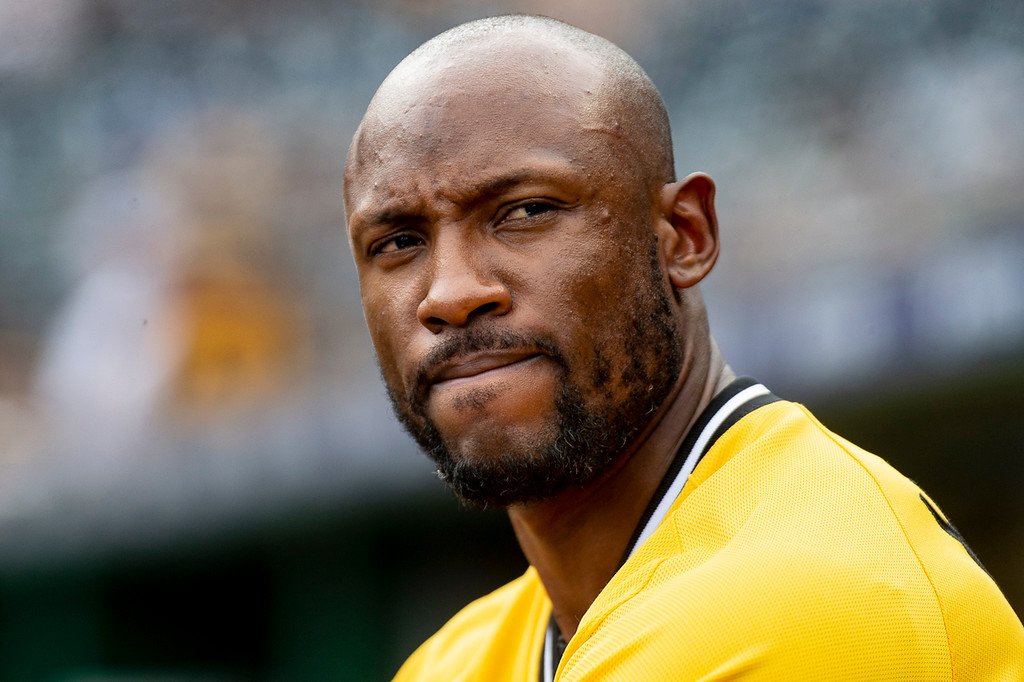 This goes back to July of 2019, when the Pirates had just begun what became a catastrophic plunge out of the All-Star break. It was at New York's Citi Field after an exceptionally excruciating loss to the Mets. He'd rapped his 1,000th career hit that afternoon, making him the 11th in franchise history with 1,000 hits and 100 home runs. The rest: Roberto Clemente, Willie Stargell, Bill Mazeroski, Paul Waner, Ralph Kiner, Andrew McCutchen, Dave Parker, Al Oliver, Andy Van Slyke and Richie Hebner.

That's a pretty special class, as he'd humbly acknowledge once the cameras and microphones had huddled around him.

A couple minutes before that, though, he'd motioned me over to his stall. He'd had enough of the losing, of being endlessly attached to the broader failure. I'll never print what he spoke that day, but suffice it to say his time in Pittsburgh was essentially finished.

Everyone's going to fuss over the particulars of the mega-trade today that sent him and $1.5 million in cash to the Diamondbacks for two Class A prospects and some international bonus flexibility, this being the first major move of Ben Cherington's tenure: 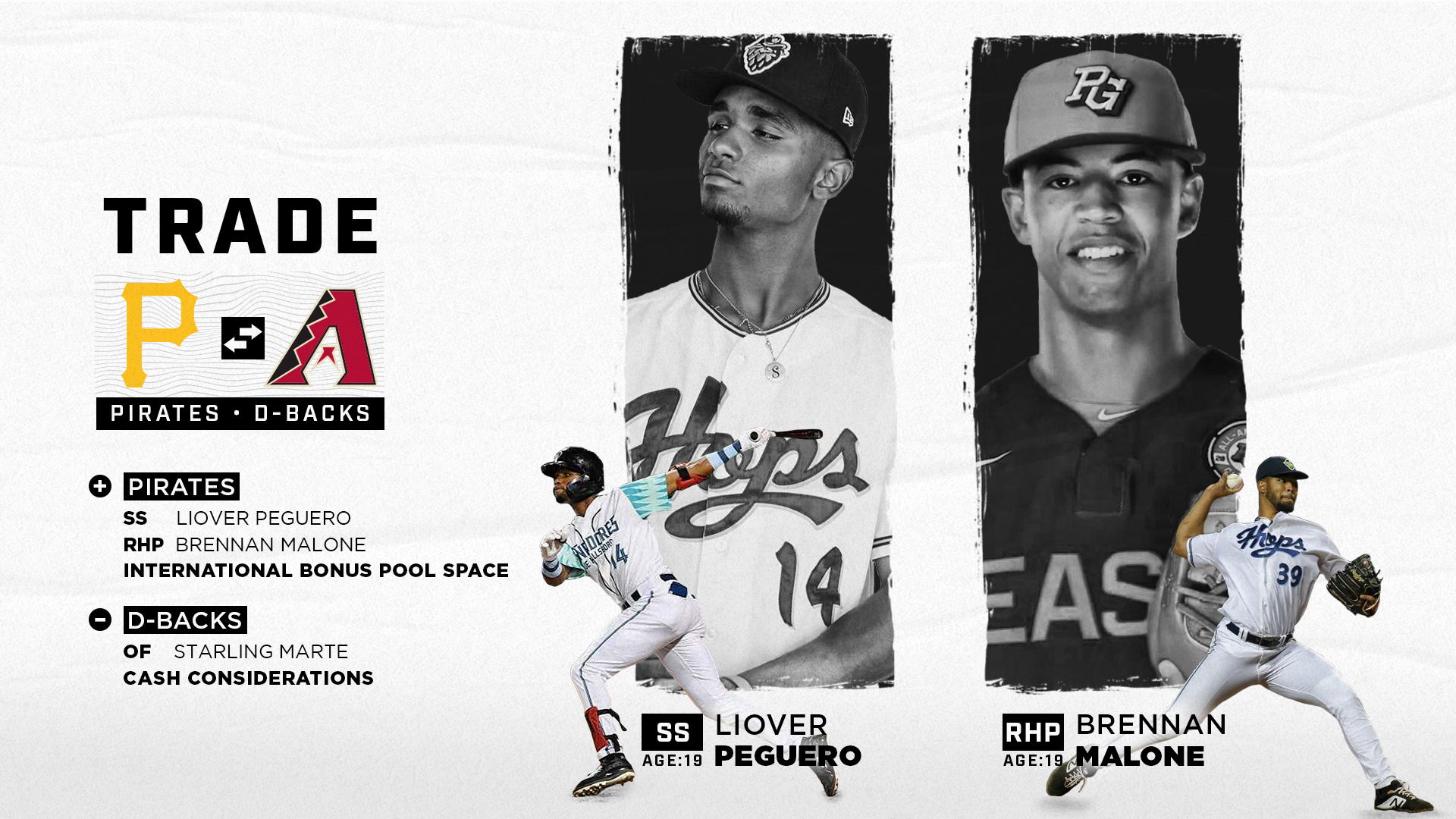 And most everyone, of course, also will get all fired up about the effect on payroll. I get that. And I'll get to all of that myself below.

But I'm not inclined to simply flip the page on a player whose career here was simultaneously so uplifting, so unusual and yeah, occasionally, so unnerving.

Because the bottom line is this: Talent is what it takes.

Marte's a special talent. No one can dispute that.

He can hit for average, hit for power, run, field, throw. He's got all five tools plus a passion that, while often misunderstood or betrayed by one bungling decision or another, was firmly in place. He also screwed up big-time when caught cheating with steroids, and that'll be a black mark that'll rightly haunt him forever. But he was far more under-appreciated than the reverse.

He also was part of broader successes before the most recent broader failure. Sure, it was McCutchen, not Marte, who was the main driver of those three playoff teams this past decade, it's a pool of that type of talent that's required to pull off team success. It's not one or two, either. It takes several. And then a strong supporting cast. And then all the requisite chemistry.

He enjoyed -- no, embraced -- the winning above all, at least when it was there.

Don't dare lightly dismiss losing someone like that. Because in these parts, when it comes to baseball, they're precious. 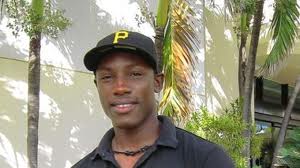 I first got to know Marte way back when he was 18. This was in the Dominican Republic. I'd been there on assignment, studying the day-to-day work of Rene Gayo, the Pirates' Latin American scouting director at the time, and Marte, a recent signee for the laughably low price of an $85,000 signing bonus, had eagerly volunteered to accompany us. Anything at all to feel closer to the Pittsburgh part of Pittsburgh Pirates. When we visited trash-strewn sandlots to observe scouts gauging pitchers, he volunteered to hold the radar gun. When the younger players would approach him, knowing he'd already signed, he'd beam with pride about the iconic 'P' on his brand new cap.

The kid was already in heaven, just thinking about making it someday.

He did make it. And he did it his way, in particular through stubbornly sticking by an aggressive approach at the plate. Instructors relentlessly derided him for not taking more pitches, and he relentlessly insisted he was going to go after the ones he liked. It really wasn't until Rick Eckstein, the Pirates' current hitting coach, came along that he found someone who saw it similarly. All concerned were rewarded with the most consistent season of Marte's career:

Not to mention a home run in Houston on the very first pitch he faced in the bigs:

Yeah, like those guys. Missing only the respect, as he'd openly expressed to me late this past season.

He'll be missed. He won't be routinely replaced, even if Bryan Reynolds can, in fact, slide from left field to center. He does things Reynolds can't do, as Reynolds himself would freely acknowledge.

He'll also be missed off the field, and it appears that'll be reciprocated:

I will be eternally grateful for the support that the Pittsburgh community has given me since I arrived at the club. I want to thank the fans for these memorable years. Thanks to the Pirates' organization for giving me the opportunity, and to my teammates thanks for the support. pic.twitter.com/DRUQKNIsDk

Baseball's a business, just like journalism and all else, but there are humans involved, and Marte's among the best I've known.

Had to get that out of the way, but that matters, too.

And again, talent is what it takes.

So in moving out a talent like Marte, it'd only make sense to think the same way of the return.

I wrote in mid-August, in a column from Anaheim, that I'd applaud trading Marte under two circumstances:

Well, Bob Nutting emphatically took care of No. 1, firing everyone of consequence. And No. 2 can only be accomplished by Cherington, who's at least operating with the right mindset, having stated over the weekend at PiratesFest that he'd prefer adding prospects -- through whatever means -- who have the greatest upside rather than those who appear to be safer picks.

You know, the polar opposite of shipping away Gerrit Cole, now the American League's premier pitcher, for a handful of mediocre players in their mid-20s.

"We need to add to our talent base," was how Cherington worded it when I asked about his top priority for the minor-league system.

Good for him. And here's hoping he's off to a fine start in that regard.

I won't pretend to be an expert on shortstop Liover Peguero or right-handed pitcher Brennan Malone, the two 19-year-olds Cherington received, and I'm not sure anyone else should, either. They're teenagers in a sport that tends to torment anyone that age far further into adulthood. A ton can happen.

But here's what I already like about the general circumstance:

• The Diamondbacks have the third-deepest system in Major League Baseball, according to Baseball America, and they've been deep for the better part of a decade, so it's not a blip. Within that, Peguero was ranked seventh, Malone ninth, while other services had both slightly higher.

• The consensus among scouts is that both profile as the high-ceiling types, not so much because of their youth but more because of their skill sets. They can simply do things that other players their age can't. Peguero did his with the bat, hitting .326 with five home runs, 11 doubles, five triples, 38 RBIs and an .866 OPS over 60 games in his second professional season. Malone did his with the arm, flashing mid-90s heat with the potential for more. Again, we're talking talent.

• It's not just the Pirates pumping up these two. It's BA, FanGraphs and others:

He was also featured as a prospect to watch for those who play dynasty baseball: https://t.co/VgnjDDTuVU pic.twitter.com/9s0XWW79TF

We’ve got a bunch of high speed video of Malone, if you like being hypnotized by 99 mph.https://t.co/habbj6mWpnhttps://t.co/eycVppZoX3 https://t.co/TQKWXxPyPL

• This is the exact approach Cherington either oversaw or executed in both Boston and Toronto, and it's been equally fruitful in San Diego, Miami and other places where it's not nearly as much about quantity as about quality. The risks are bigger, but so are the rewards. And in having a new GM, there's no reason not to go for risks since his job isn't on the line.

As Cherington would say after the trade today, "In our situation, in order to get access to that kind of upside, sometimes you have to assume some risk along the way. In this case, the risk is that they’re young.”

Will any of this make the 2020 Pirates better?

But I'm not going to be two-faced about this. If the goal's winning a sixth World Series, it won't happen by stockpiling Colin Moran clones. It'll be through acquiring elite talent, regardless of age or experience, and funneling it through a functional system that emerges at PNC Park.

That's not the preferred path for a low-payroll operation. It's the only path.

Now, about that payroll ...

The current projection for the 26-man roster, bearing in mind that the $1.5 million paid to the Diamondbacks in this trade counts, is $50.1 million. That's third-lowest in the majors, with the miserable Orioles and miserly Marlins, as ever, bringing up the rear. And that should be embarrassing to all involved, chiefly Nutting himself. Because if it wasn't bad enough already being branded a cheapskate, it's also a blaring admission that his business practices over the past dozen years have failed.

Don't laugh at that. The Pirates, as an entity, should've been able to build off 2013-15 for years into the future. But Nutting's front office blew that and, ultimately, so did he for not being rid of them sooner. There's no reason the Reds should've put themselves at $131 million today with the star-studded signing of Nick Castellanos and boast a payroll that's now nearly triple that of the Pirates, who are based in a markedly bigger market.

Saying it again with gusto: Embarrassing.

But saying this again with gusto, as well: It doesn't matter anywhere near as much as most will make out of it. Certainly not now.

If Cherington could snap his fingers and conjure up an additional $50 million toward 2020, he'd have nowhere to spend it. Nor, more important, would he have any purpose behind spending it other than to maybe muzzle the social-media/talk-show squawking. It'd be spending just to spend.

“That could happen in 2020, it could happen past that,” Cherington said of when the money might eventually be spent. “We need to look opportunistically at when is the best to put that money back into the team, and that’ll be done strictly through the lens of what gives us the best chance to win. If there’s opportunities to get closer to that in 2020, then that’s what we’ll do. If we feel like it’s better to invest past 2020, then we’ll consider that, too.”

It's already been ridiculously long. The Pirates haven't won a division since 1992, haven't won a pennant or championship since 1979. Entire generations have come and gone, a couple of them without even a whiff.

Marte at age 31, after he'd already soured here, wasn't about to contribute toward the next championship here.  These two 19-year-olds might not, either, given that so, so much has to go right for anyone to achieve what Marte did, no matter their pedigree. The money that's saved for this summer might amount to a few fungible relievers.

But the approach is the right one. Because a championship's still got to be the goal, even if it's worth no more than a giggle at this stage. It can't be less than that. It just can't.

If it is, then this operation that a lot of people already think is a fraud will fully confirm itself as one.

Share
Tweet
Email
Marte dealt to Diamondbacks for prospects
Live Qs at 5 at the Super Bowl: Dale’s answers on the Steelers