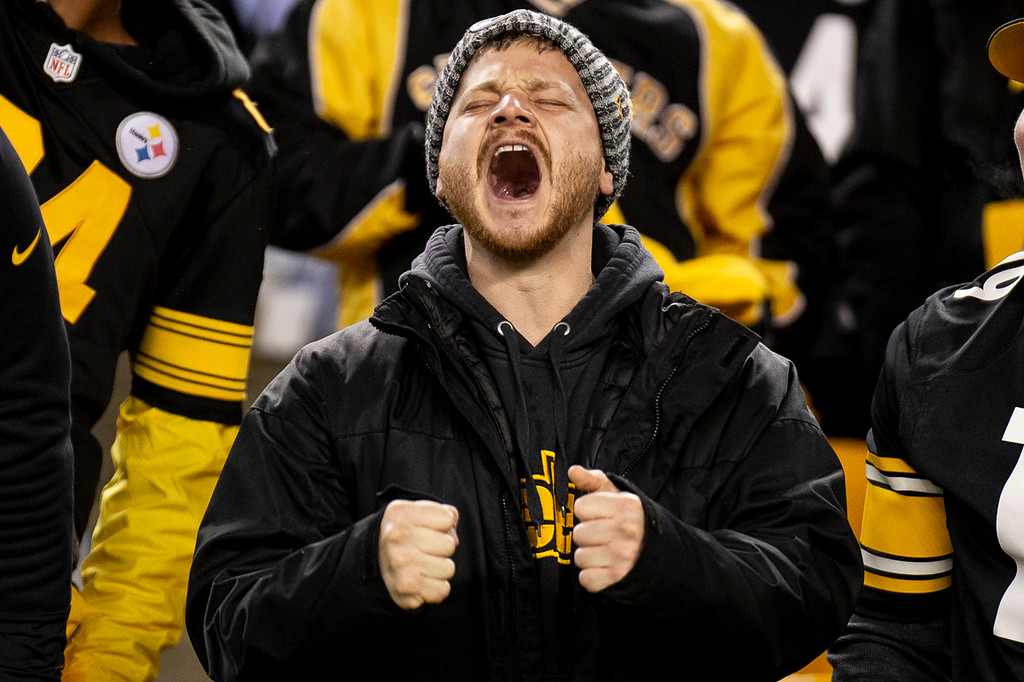 Acupuncture blog Lhasa OMS recently conducted a study to determine which teams' sports fans were among the most stressed out, measured by the number of close games a team has played over the past five full seasons.

In determining the criteria for what constitutes a "close" game, the study used NFL games where the score was within 7 points (a one-score contest), all NBA games within 5 points (the league’s definition of a close game per their two-minute reports), hockey games within 2 goals (known as “the most dangerous lead”), and baseball games within 3 runs (the scenario for a save situation).

The results of the study showed that among all American cities that are home to at least three major sports teams, Pittsburgh had the second-most games that were close by that criteria, with a combined 59 percent of close games between the Penguins, Pirates, and Steelers: 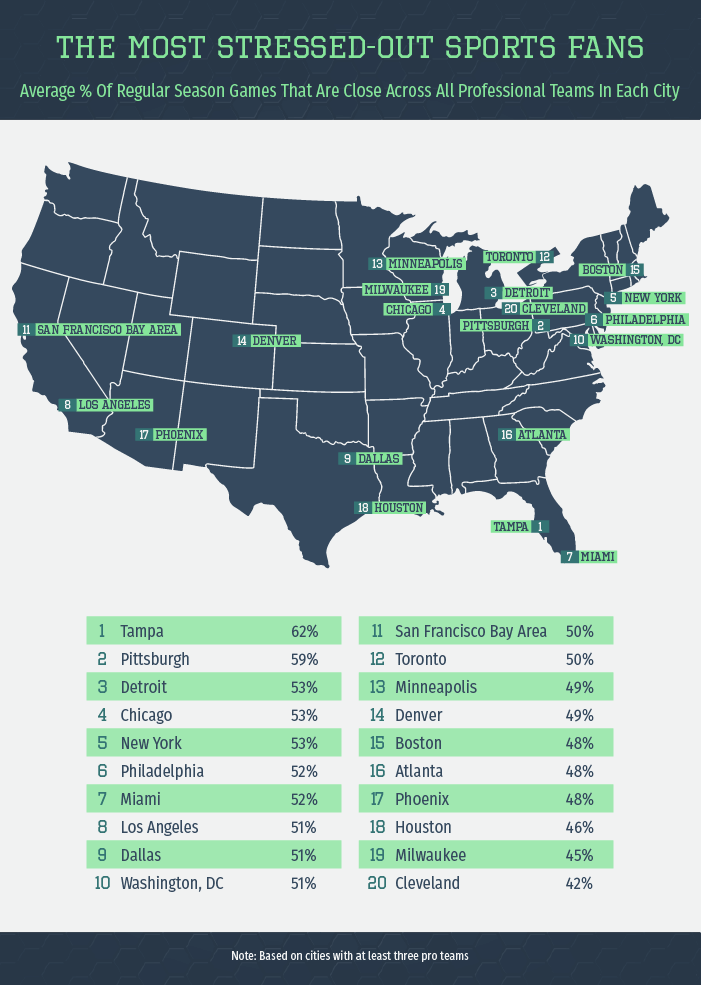 The most stressed fans in America. -- LHASA OMS[/caption]

Something to consider is that hockey games tend to be the closest of any of the four major sports. Over the past five years, each NHL team had at least 60 percent of their games decided by two or fewer goals. So if a city has an NHL team, it's going to bump up that combined average.

That figure is also heavily influenced by close Steelers games. When you separate close wins from close losses, the Steelers led the NFL in teams with the highest percentage of total games that were close wins, with 33 percent of their total games over the last five seasons being close wins: 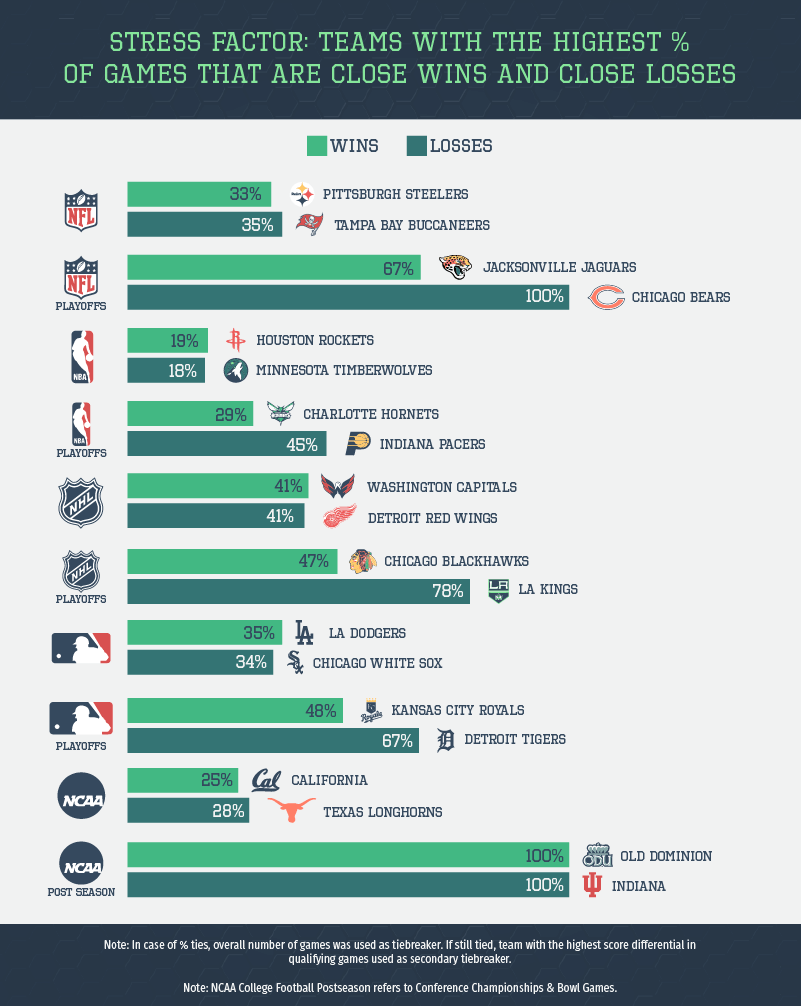 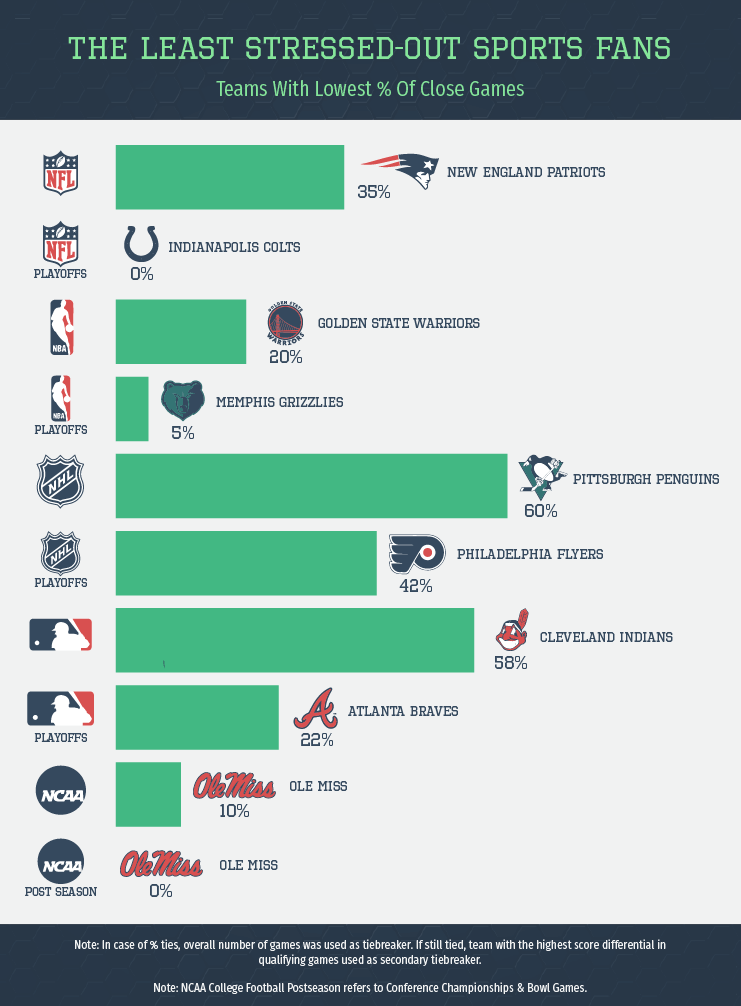 The Pirates have had 62.84 percent of their total games over the past five seasons decided by three or fewer runs, the ninth-most in Major League Baseball. They've also gone to extra innings in 9.63 percent of games, sixth-most in the majors. The Pirates have the fourth-most close wins at 33.58 percent. They rank 22nd in close losses at 29.26 percent. Given their overall losing record the past five seasons, that means that when they lose, they tend to lose big.