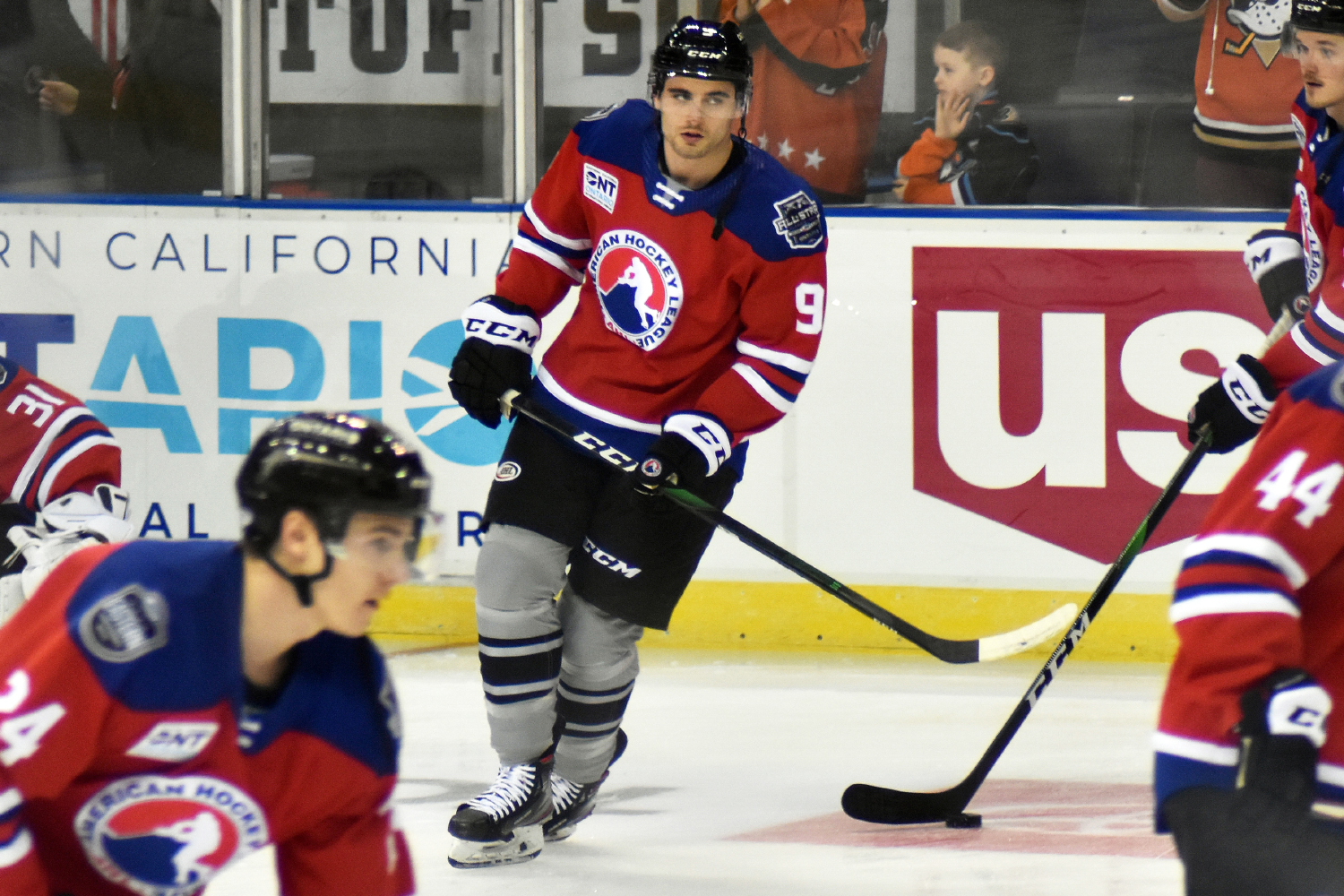 Penguins forward prospect Sam Miletic represented Wilkes-Barre/Scranton at the AHL All-Star Classic on Sunday and Monday this week, and he helped lead the Atlantic Division to a tournament win.

Miletic was added to the Atlantic Division's roster last week to replace Andrew Agozzino, who was unable to participate in the event.

In Sunday's skills competition, Miletic took part in the Rapid Fire, Pass and Score, and Breakaway Relay contests. In the Breakaway Relay, he was the only one of five shooters in his round to score a goal on Blackhawks goaltending prospect Kevin Lankinen:

Monday's All-Star Classic followed a three-on-three, round robin format. Miletic was scoreless in the Atlantic's first game, a 3-1 loss to the Central Division. He recorded two assists and the game-winning breakaway goal in a 3-2 win over the Pacific Division:

“I did the same in the shootout yesterday (in the Skills Competition), the same move," Miletic told the team's website. "I had a lot of time, not a lot of backchecking. I thought, ‘It worked yesterday, why not today?’ And sure enough, it went in.”

The Atlantic Division clinched a spot in the final game with a 5-2 win over the North Division, and rematched with the Central Division in the final, earning a 3-1 win. Capitals goaltending prospect Vitek Vanecek was named All-Star MVP after he allowed two goals over parts of four games.

• Defensemen Michael Kim and Matt Abt and forward Chris Brown were assigned to Wheeling on Jan. 24.

• Forward Andreas Martinsen requested a release so he could return to Europe. He signed with the Swiss club EV Zug on Jan. 27.

• Forward Ben Sexton has been dealing with an upper-body injury since training camp.

Kevin Roy gave the Penguins a 2-1 lead midway through the third period, and the Rampage tied the game with 1:03 remaining to force overtime.

Jordy Bellerive scored his sixth goal of the season at 4:27 of overtime to earn the win.

Bellerive led the Penguins with six shots on goal as they outshot the Rampage, 29-25.

Casey DeSmith earned the win with 23 saves on 25 shots.

The Penguins went 0-for-1 on the power play and 5-for-5 on the penalty kill.

• Jan. 24: at Charlotte, 5-4 win
The Penguins took a 2-0 lead in the first period with David Warsofsky's sixth goal of the year, a power play goal, and Cole Cassels' fifth.

Warsofsky was the No. 1 star of the game with two goals and two assists, and Cassels was the No. 2 star two goals of his own and an assist on each of the Penguins' three other goals.

Lafferty led the Penguins with five shots on goal as they were outshot 40-36.

DeSmith earned the win with 36 saves on 40 shots.

• Jan. 25: at Charlotte, 4-2 win
The Checkers took an early lead 55 seconds into the game with the lone goal of the first period.

Midway through the second period, Bellerive scored two goals exactly three minutes apart, his seventh and eighth goals of the year, to give the Penguins the lead. The Checkers tied the game toward the end of the period.

Thomas Di Pauli scored his seventh of the year, the eventual game-winner, with 1:27 remaining in the third period. He sealed the win with an empty net goal with 15 seconds left.

Agozzino and Miletic each recorded four shots on goal to lead the Penguins as they outshot the Checkers 31-26.

Emil Larmi earned the win with 24 saves on 26 shots.

The Penguins went 0-for-3 on the power play, and didn't take a penalty of their own all game.

• The Penguins will return home after a six-game road trip on Friday when they host the Lehigh Valley Phantoms (18-21-1-5). They'll host the Bridgeport Sound Tigers (15-25-4-1) on Saturday. The Phantoms and Sound Tigers are the two teams below the Penguins in the Atlantic Division standings.

Bellerive was the hero in overtime:

• Jordy Bellerive joined Nick Hart on the show this week:

DeSmith is an avid disc golf player, and has been teaching Larmi how to play. While DeSmith was away on vacation during the AHL's All-Star break, Larmi decided to play by himself. It didn't go well:

Go play disc golf they said
It will be fun they said pic.twitter.com/Z36BqAbQNt

Yes. He went to the beach and left me discing in muddy woods. Thanks Casey. https://t.co/10Cdkgrp2B