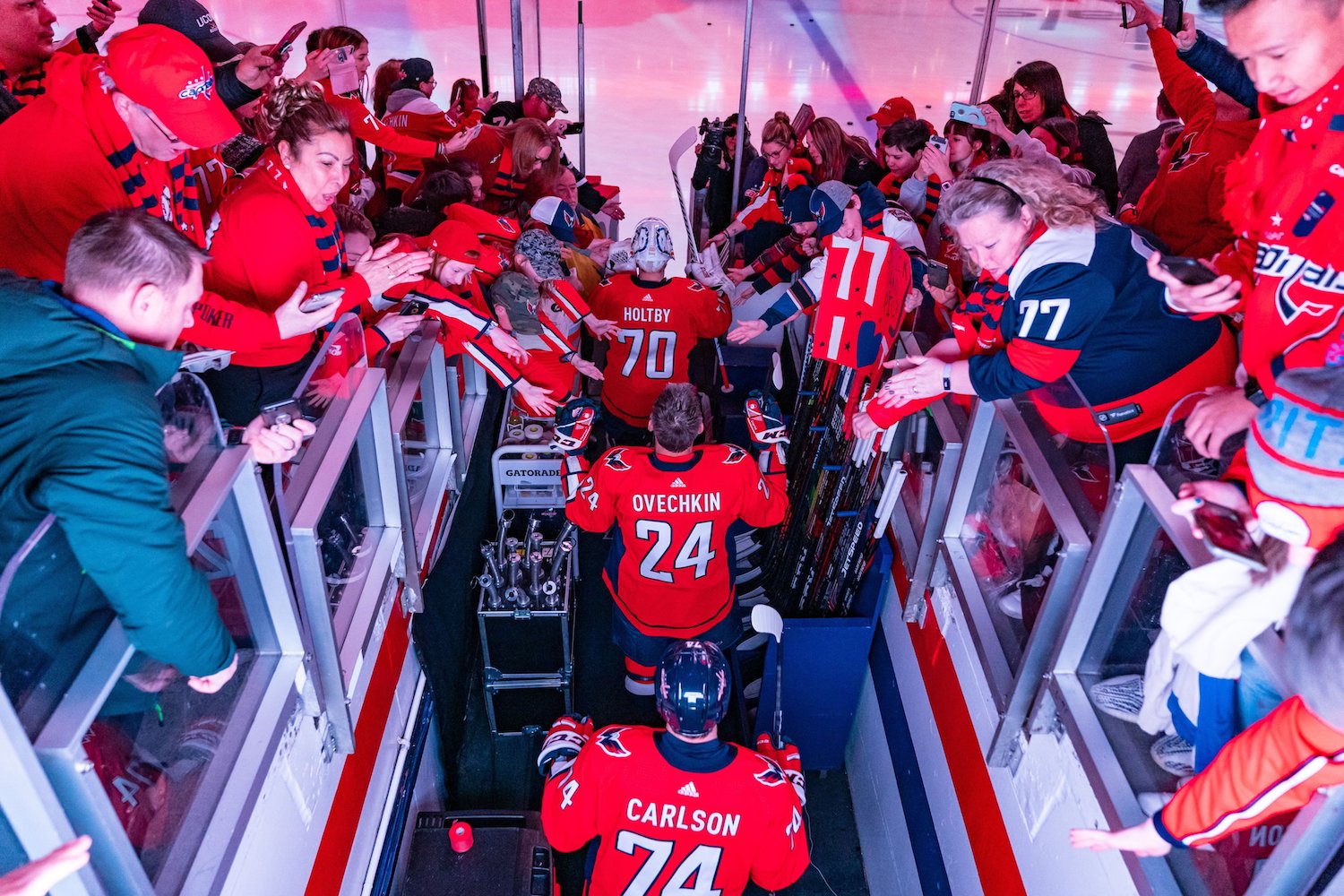 Alex Ovechkin paid tribute to Kobe Bryant during warmups of the Capitals' game against the Predators on Wednesday night.

Ovechkin's jersey will be signed and auctioned off, with proceeds going to the Kobe & Vanessa Bryant Family Foundation.

The day Bryant, his daughter Gianna, and seven others died in a helicopter crash, Ovechkin posted this on Instagram:

I’m heartbroken.cant believe... Blessed to have the chance to meet you. RIP Legend. 🙏🏻🙏🏻🙏🏻

A post shared by Alexander Ovechkin (@aleksandrovechkinofficial) on Jan 26, 2020 at 2:56pm PST

Other NHL players have been honoring Bryant in recent days. Anze Kopitar and the Kings wore Bryant jerseys at the rink before their game against the Lightning on Wednesday:

.@AnzeKopitar on the impact that Kobe Bryant had on the community and why he and his teammates all chose to wear the @Lakers legend's jersey as they arrived to STAPLES Center.#GoKingsGo pic.twitter.com/5EGdy19Wx3

Lightning players joined the Kings players in wearing these shirts:

Standing with you, LA. 💛💜 pic.twitter.com/8F0WKrxVEF

Both teams had stickers on their helmets to pay tribute:

All of our players will be joining the @lakings tonight with a special addition to our helmets.

Evander Kane wrote Bryant and Gianna's names on his stick:

.@evanderkane_9 has a special tribute on his stick tonight. pic.twitter.com/i2QU9NVQno

Other players took to social media to share their thoughts:

The shock and sadness we are all feeling is not only a testament to how powerful Kobe was on the court, but to his influence on all sports. RIP.

Screaming “KOBEE” everytime you throw any object in any target will never be the same anymore.. can’t believe it. #RIPKobeBryant

Shocked and in complete disbelief... A father, husband, legend, and idol gone way too soon. Thank you for the time, the lessons, and 20 years of greatness. #ripmamba🐍 pic.twitter.com/oqAtpaMlz8